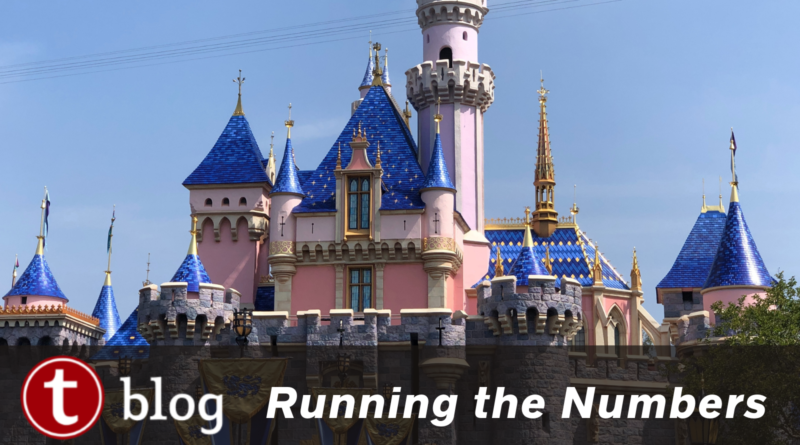 So, at this point, you’ve probably seen the news about Disneyland’s new Magic Key program at Disneyland, which is intended to replace their Annual Passholder program. Having had sufficient time to digest it, we wanted to take a deep dive into the program and get a sense of when each tier is a good value, and where the sweet spot is for different types of travelers. As a reminder, here’s an overview of the various options, per the Disneyland site:

There are one important caveat to be aware of, and that is Disneyland’s “no-show policy,” which is very obviously designed to deter people from making reservations unless they are pretty sure they will actually use them. Basically, if you make a reservation and don’t enter either Disneyland park that day 3 times within 90 days, you will lose your ability to make reservations (and, thus, use your pass) for 30 days. You can avoid being considered a “no-show” by canceling your park reservation, and you have up until 11:59 Pacific time the night before to do so. Accordingly, people that make park reservations in good faith but for whatever reason can’t make it should be able to cancel their reservations and not get dinged for a no-show unless something truly comes up at the very last minute in most circumstances.

One of the biggest differences in the passes has to do with when you can use them. Starting at the top end, we have the Dream Key, when you’re free to use on any day, and they get progressively more restrictive as you go down in price. Here’s how the three remaining keys compare, in terms of blockout dates (i.e., days you CANNOT make a reservation):

You can access the full calendars at the links above if it’s easier for you to look at them that way.

Let’s get a few obvious points out of the way, as they will streamline the analysis for some of you:

For the purposes of this exercise, we’re going to assume that you’ve already decided that you’ll make enough visits that you’re going to at least break even on the ticket cost. With single day tickets starting at $104, however, that could be as few as 4 days in the parks, with the Imagine Key. For most people, however, the Enchant Key would be the lowest tier that would make sense, as noted above, so we’re going to use that as the baseline, and will be looking at the circumstances where it will make more sense for you to upgrade to a higher Key. If the blockout dates are too restrictive, however, just start at the Believe Key — the same methodology applies.

One of the biggest distinguishing features amongst the keys is how they handle parking. The Dream Key includes parking, which has a value of $25 each time you use it. The Believe Key gives you 50% off of parking, so that benefit is worth $12.50 per use. Neither of the other keys include any parking benefit.

The Dream Key provides the best discounts, offering a 20% discount off of merchandise, and 15% off of food. All other passes provide for a 10% discount on both. Doing the math for merchandise:

Note that there is no difference in the discounts between the Believe and Enchant Keys (or the Imagine Key, for that matter). As such, neither of these discounts should be a consideration in deciding between those Keys.

So, these are all pretty big numbers, but the reality, of course, is that most Key holders will likely take advantage of all of these discounts to some extent. With that in mind, let’s take a look at a few possible scenarios, focusing upon the folks that do not visit frequently enough for the parking discount to begin to cover the difference (i.e., guests visiting less than 24 times). Again, we’ll use the Enchant Key as the baseline, and look at how much more you would save with the Dream and Believe keys under these circumstances:

This guest enjoys visiting the parks but doesn’t spend a lot of money while there. We’re assuming that they’ll visit 20 times over the course of the year, spend about $25 per visit on food, and buy a $50 souvenir every 5 visits or so. It breaks down like this:

This visitor doesn’t go as often, but tends to make an event of dining when they do, spending around $200 per day on food. Let’s assume they spend a bit more on merchandise, spending $100 every other visit.

This guest visits the park periodically, doesn’t emphasize food but doesn’t plan around it, either, but DOES love picking up Disneyland merchandise and plans to make liberal use of the merchandise discount, spending $200 per visit.

This guest visits frequently — 35 times — but lives close enough to the parks that they need not pay to park. They spend significant amounts on food, and get a $50 souvenir every other every visit.

Obviously, none of these situations actually reach the breakeven point, but they do highlight that from a discount standpoint, by a wide margin, the biggest driver of value among the different tiers is the parking benefit. The extra 5% you’ll save on food at the Dream Key level is negligible, and the extra discount on merchandise is unlikely to move the needle for most guests. Accordingly, if for whatever reason you don’t often need to pay to park at Disney, you are going to have a tough time getting enough value out of the other discounts to justify the higher tier unless you are spending a colossal amount on food and merchandise. In that case, just pay attention to the blockout dates, and select the tier that allows you to go at the times you would actually go, and remember that you can always upgrade your pass along the way if there’s a need.

For those of you that do would have to pay to park every time, however, the parking benefit, covers something you’re likely already committed to paying anyway, and represents a savings of $25 (free for Dream) or $12.50 (50% off for Believe) every single time you visit the parks. Accordingly, once you get to about 25 visits, you’re at a point where casual food and merchandise purchases are likely to deliver enough value to put you at the breakeven point for the Dream Key. Once you hit 30 visits, the cost of parking itself pays for the upgrade to the most expensive pass, regardless of when you usually visit the parks.

Note that this breakeven analysis is for a single person, and if you have a family or other group that regularly visits together, you can take advantage of the discounts by having one person get the Dream Key. Buying food and merchandise for four, those discounts will actually start to add up in a meaningful way much faster, and between that and the parking benefit, it might make sense even with fewer visits. Put another way, if you wouldn’t be visiting on the extra days you get with the Dream Key but you’re going to be visiting enough for parking to cover the difference, consider getting a Dream Key for one member of your group, and everyone else can get the tier that matches the dates they need.

Finally, you’ll note that we’ve not really discussed the impact of the difference in the number of reservations you can hold at once under the different tiers. It’s difficult to predict how this will play out in the real world, but our assumption for the time being is that there is not a mammoth difference between holding four reservations and holding six for most people, and if you’re the sort of traveler for whom having more than four reservations at a time is appealing, you’re likely to be going often enough that the parking discount will likely justify the more expensive tier anyway.

In closing, which pass you opt for is obviously going to be a function of lots of individual factors, including when you can travel and which discounts you’ll actually use, and is going to be different for everyone. From a financial standpoint, however, analysis is basically the same across the board, and is primarily driven (if you’ll pardon the pun) by whether or not you’ll need to pay to park your car regularly.

So, are you planning on joining Disneyland’s Magic Key program? Which Key makes the most sense for you and why? Let us know in the comments!