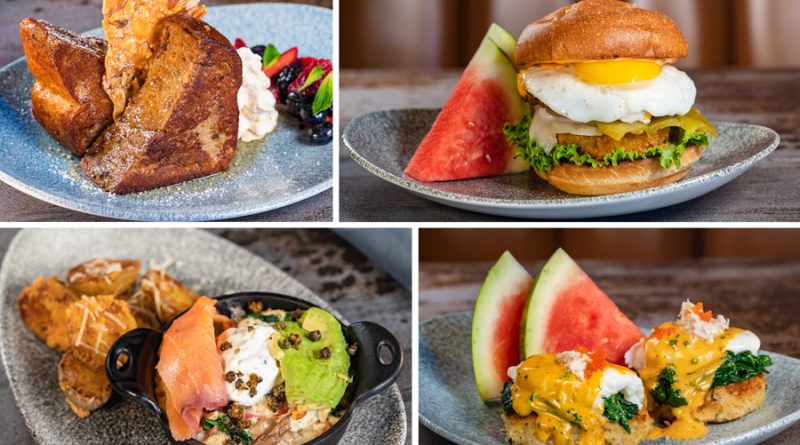 Weekends at Disney California Adventure are looking up with a brand new brunch offering being available at the Lamplight Lounge. Brunch will be served on Saturdays and Sundays from park opening until noon in the downstairs dining room and will feature unique dishes and cocktails all with a great view of Pixar Pier.

Lamplight Lounge Brunch options will include:

For kids, they can choose from a Brunch Quesadilla or an Omelet (both served with egg whites and cheddar-jack cheese), a smaller portion of the Indulgent French Toast, or a Mini Brunch Burger.

As far as beverages are concerned, adults will be able to enjoy things like the Beermosa with blood orange IPA and fresh orange juice and a Cinnamon Toast Cocktail with vanilla vodka, hazelnut and cream liqueurs, and cinnamon cereal-infused milk. There’s also the Morning Glory comes with vodka, spicy Bloody Mary mix, dill pickle brine, and a dash of celery bitters. You’ll also be able to try a variety of seasonal flavors with the Mimosa Flight, featuring classic orange juice mimosas as well as versions with mango, watermelon, and more!