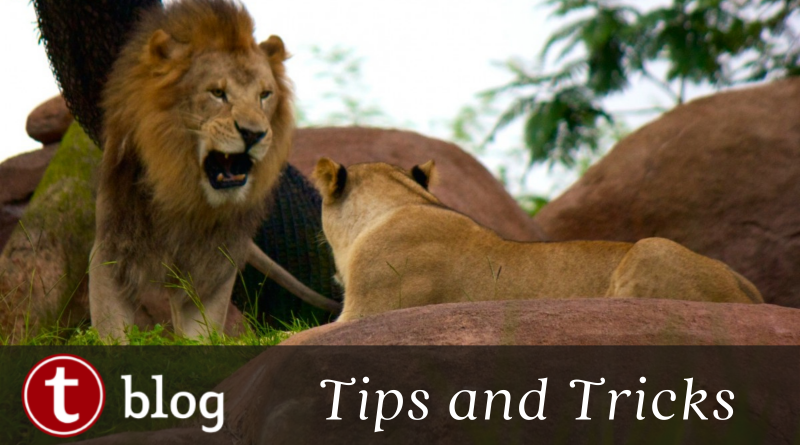 The most obvious of the above attractions is Buzz Lightyear’s Space Ranger Spin. You can turn your vehicle around in different directions and your score will vary on each ride. The Jungle Cruise is essentially the same ride each time, but your Skipper makes a big difference in the experience. While there are standard jokes, some Skippers are able to throw in their own style.

Tomorrowland Speedway may not be that obvious, but there are two different tracks. They follow similar paths but they are not the exact same. And your ride varies based on who else is on the track. Will you be behind someone slow? Will you get bumped (hopefully not)?

Space Mountain is not dramatically different, but there are two separate tracks which do provide a slightly different ride experience depending on which track you’re on.

Each of the above rides aren’t a dramatically different experience each time you ride them, but there are little differences that change things up a little. Living with the Land‘s second half through the greenhouses is different throughout the year. It is fun to spot new plants and new displays, or even a Cast Member or two.

Mission: SPACE is the same basic ride whether you push the buttons and “perform your job”, but it’s funny to see who gets into their job and who doesn’t.  Test Track the ride itself does not change, but before you board your ride vehicle you get to design your own car and you’ll get a score on your design. You can change things up a lot of try out different elements each time you ride.

Two attractions that run on a “randomizer” are Star Tours: The Adventures Continue and The Twilight Zone Tower of Terror. There are multiple differences in Star Tours including character appearances and destinations. Read about all the different combinations available on Star Tours.

Tower of Terror’s total number of drops, and the length of each drop, is a random drop sequence run by the attraction’s computer system. Toy Story Mania! can vary based on your score (and the smack talk from who you are playing against), and different effects can happen based on which targets you hit.

Millennium Falcon: Smugglers Run can vary a lot based on the skills of your fellow smugglers. Some guests love how things can vary so much, others do not dig the idea that their ride experience depends a bit on the people riding with them.

Mickey & Minnie’s Runaway Railway has multiple vehicles that make up one train. The vehicles split off and each has a slightly different experience and vantage point than another.

Rise of the Resistance is not dramatically different, but there are two pathways which do provide a slightly different ride experience depending on which vehicle you’re in.

At Animal Kingdom there is only one ride that can be different each time you experience it. But what a ride it is. Kilimanjaro Safaris is my personal favorite attraction in this category. I was a safari driver for a short time, many moons ago, and even though I’d be in the safari truck for hours at a time, driving the same path over and over, each safari had significant differences.

What’s ride is your favorite to do over and over again? Let us know in the comments!