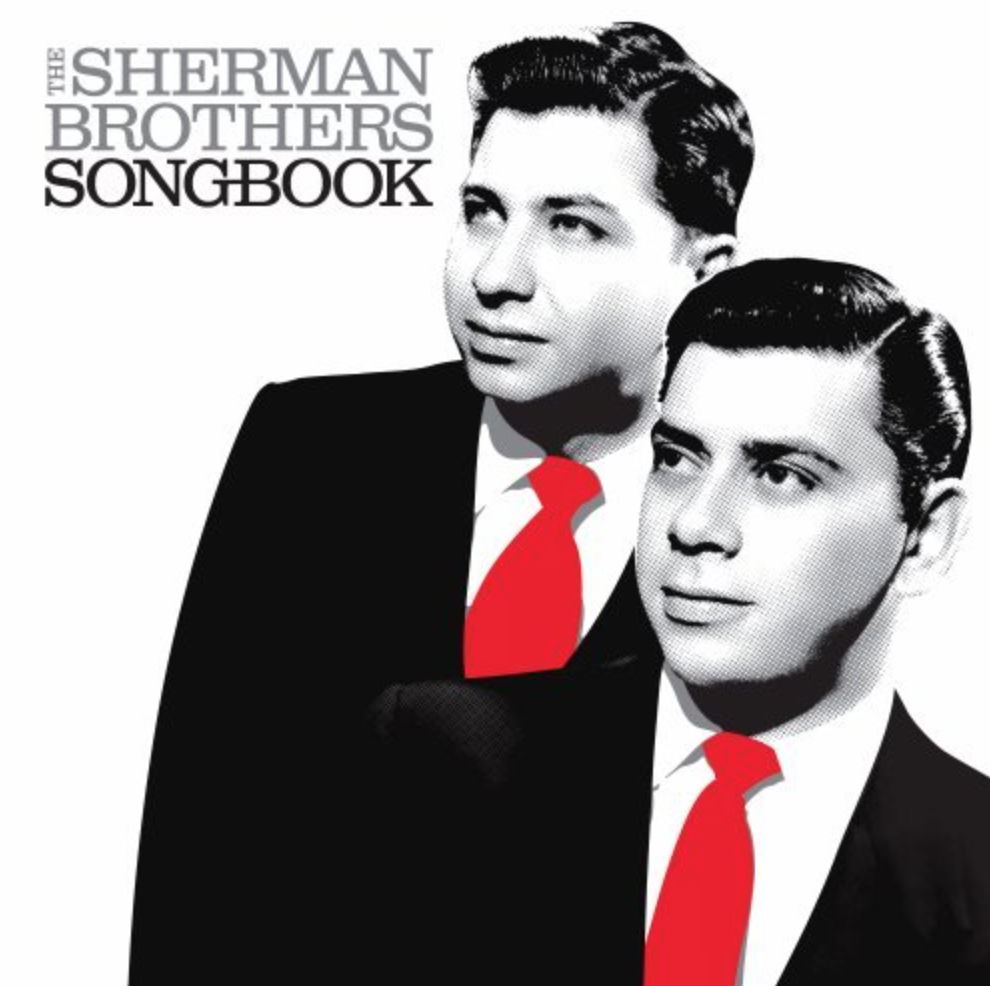 If you are a fan of Disney parks, then you are a fan of the Sherman Brothers. You may not even realize it, but I can guarantee this to be true. The song writing team of Robert Sherman and younger brother, Richard Sherman, have combined to write more motion picture musical scores than any other song writing team in history. In addition to their motion picture work, the brothers served as staff writers for Walt Disney Studios.

The Sherman Brothers are responsible for many of the Disney songs you grew up singing, as well as the music you can’t stop humming when you leave the theme parks. Like most supremely talented artists their story is complex; creative geniuses in their field, but a lifetime of personal struggles in their relationship with one another. For our purpose today, we are focusing on their positive and prolific influence inside the Disney parks. What better place to start then the song that never ends?

The story of Walt’s last minute commitment to create an attraction for yet another sponsor of the 1964 World’s Fair is a fascinating one. Originally, the ride was created for Unicef as a salute to the children of the world. Little did anyone know at the time, the song created by the Sherman Brothers would go on to be one of the most translated pieces of music in history.

Had Walt not turned to the Sherman Brothers to write a song for the attraction, it very well may have stayed buried in 1964-65. Unhappy with the working soundtrack for the attraction, Walt told the brothers, “I need one song that can be easily translated into many languages and be played as a round.” The result was “It’s A Small World.” Walt was so pleased with the final version of the song, he renamed the attraction from “Children of the World” to “It’s A Small World.”

Other legendary Disney talents such as Mary Blair, Marc & Alice Davis, Rolly Crump, and Blaine Gibson all contributed to make “It’s a Small World” the surprise hit of the 1964 World’s Fair. After 2 years, the ride had sold 10 million tickets at the World’s Fair! While it had a timeless message, the attraction was never intended to live on beyond the World’s Fair. B obviously, you don’t just box up a smash hit like that and put it in storage. Instead, the ride was shipped in crates back to Disneyland.

The ride was reassembled, expanded, and opened in Disneyland on May 28, 1966. Some claim you can still see shipping labels on the backs of pieces of the attraction! There the Sherman Brothers’ song continued to play over and over, and eventually made its way to Walt Disney World.

The East coast version of the attraction opened along with the Magic Kingdom on October 1, 1971. While there were some changes made from the California version, the infamous Sherman Brothers’ song remained the same. Today, the song plays at three more parks: Tokyo Disneyland, Disneyland Paris, and Hong Kong Disneyland. It truly is a gift for the children of the world, heard around the world.

Another gem to emerge from the 1964 World’s Fair was The Carousel of Progress. This project was originally created for the GE pavilion at the fair. The ride showcased the progress of America by showing an American family at 4 stages in 20th century development.

Walt asked the Sherman Brothers for an upbeat song that would play between the show scenes in the revolutionary carousel theater. Knowing Walt’s love for progress and perpetual optimism for the future, the brothers wrote, “There’s a Great Big Beautiful Tomorrow.” By many accounts, The Carousel of Progress was Walt’s favorite attraction, and one many feel still best represents him today. In fact, the song that is now synonymous with the attraction is a testament to Walt himself. The Sherman Brothers later admitted that they considered this to be  Walt’s theme song.

It does seem a fitting theme for a man that has brought magic to life, generation after generation. Like the It’s a Small World attraction, The Carousel of Progress was shipped back to Disneyland after the World’s Fair was over. A new theater was constructed in Disneyland, but most of the original Audio-Animatronics and sets from the World’s Fair were reused in the attraction. The show ran in Disneyland from 1967-1973. After its run in Disneyland, the show was packed up once again and moved to Orlando. A new theater was again constructed, several changes were made to the attraction, and then the show reopened in 1975.

One of my favorite parts of any attraction in Walt Disney World is the short video that plays outside of Walt Disney’s Carousel of Progress as you wait to enter the theater. In the video Walt can be seen standing along side Robert Sherman and Richard Sherman at the piano. The three men sing “There’s a Great Big Beautiful Tomorrow” as part of the attraction’s original introduction for the GE pavilion. Walt has a huge smile on is face. As the song concludes, he say, “Well, it sounds pretty good. In fact, that’s just the right spirit.”

That spirit lives on today in Tomorrowland at Walt Disney World. Don’t miss this chance to see Walt and the Sherman Brothers together!

The Sherman Brothers may have considered “There’s a Great Big Beautiful Tomorrow” Walt’s theme song, but it wasn’t his favorite song. That honor resided with another Sherman Brother’s song entitled “Feed the Birds.” I love hearing the stories of the brothers joining Walt in his office after a long day or week. Those meetings often included Walt requesting the brothers perform “the song.” Without asking, they knew he wanted them to play “Feed the Birds.”

Mary Poppins fans know this song by heart. The little song about tuppence is said to describe Robert Sherman’s personality best. Another song from the famous film, “Supercalifragilistcexpialidocious” is the song Richard Sherman uses to describe himself. Unfortunately, you won’t find either song in a current attraction at Walt Disney World. However, you can find a nod to the Academy Award Winning work the Sherman Brothers contributed to one of Walt’s most beloved movies.

The Great Movie Ride at Disney’s Hollywood Studios features a soot-covered Bert and flying Mary Poppins atop the rooftops of London. The duo sings the award winning Sherman Brothers’ song, “Chim Chim Cher-ee.” The cameo is short but sweet.

In some ways The Great Movie Ride as a whole represents a shining point in the lives of The Sherman Brothers. The attraction’s exterior is a replica of Grauman’s Chinese Theater in Hollywood, California. That very theater was the site of the 1964 World Premier of Mary Poppins. The Sherman Brothers walked the red carpet on August 27, 1964 along with Walt Disney, Julie Andrews, and Dick van Dyke. Eight months later, that night would prove even more special as the brothers won the Academy Award for Best Original Score and Best Song for “Chim Chim Cher-ee.”

The next time you stand outside The Great Movie Ride, try to imagine what it must have felt like for the brothers as they walked through a sea of lights, cameras, and fans at the Grauman’s Chinese Theater. I think it will give you a greater appreciation for they lyrics of the song found inside; “No where is there a more ‘appier crew, than them wot sings ‘Chim chim cher-ee Chim cher-oo!’ ”

All of the music mentioned here today can be found on “The Sherman Brothers Songbook.”