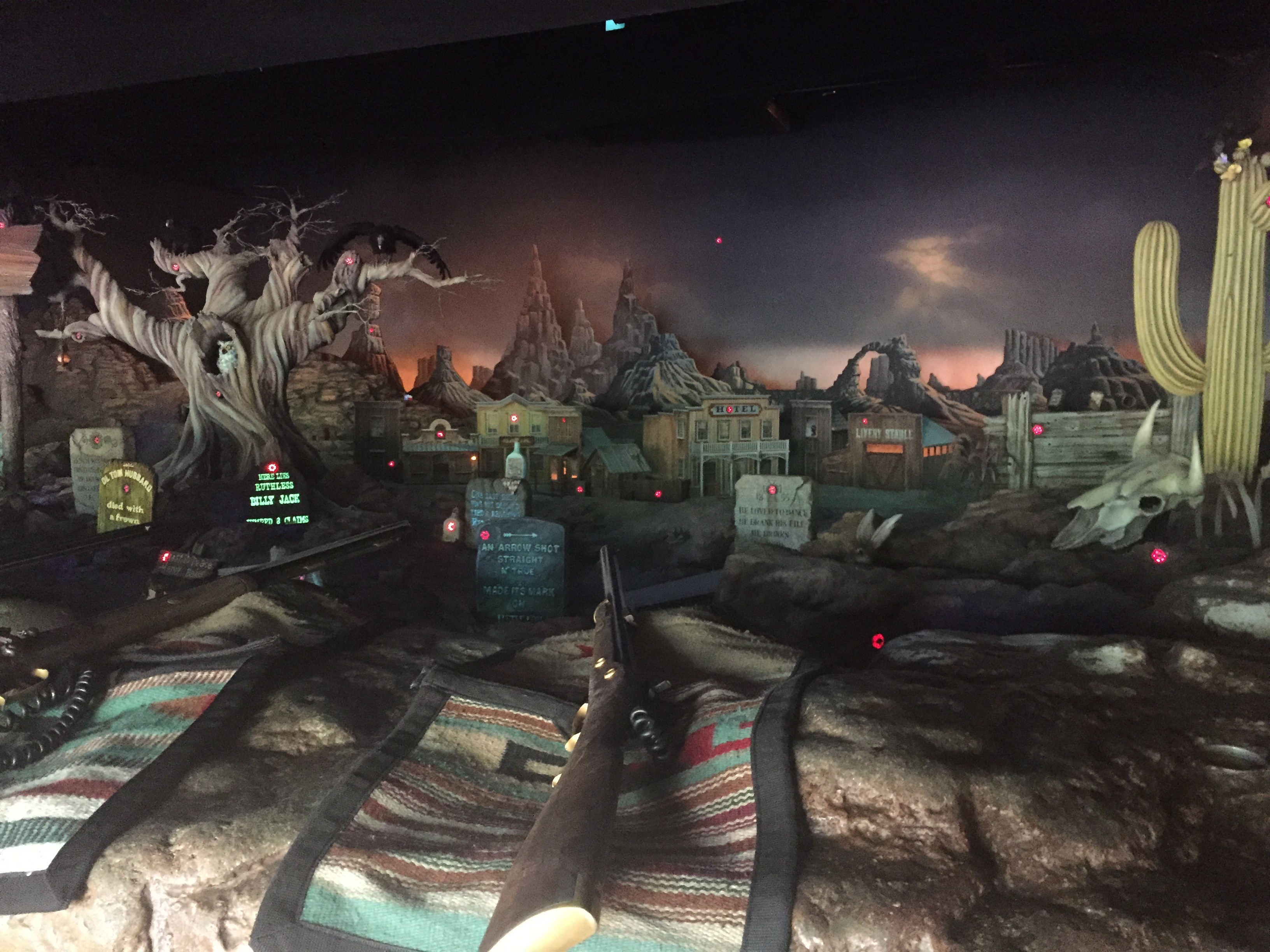 Which came first, the chicken or the egg? Or in this case, which blogger came up with the idea of trying to find really bad ideas at Disney, Derek and his Value Resorts Bar Crawl or the concept for this week’s Best Week Ever? The world may never know. (That is, if the world is lucky, we’ll never know.) Somewhere along weekly discussions with my family and flipping through the 2017 edition of The Unofficial Guide to Walt Disney World, I discovered what I assumed was a glaring error. The Mad Tea Party, one of my favorite rides of all time, is one of the lowest-rated attractions in the Magic Kingdom. In between Kermit-like arm flailing as I tried to explain to my husband just how much of an injustice this is, the idea came up: Could a day doing the worst that Walt Disney World has to offer still be not only good, but the Best Week Ever? Challenge accepted.

Looking at the rankings for attractions, we knew we could get our fill with a day split between Magic Kingdom and Epcot. After parking our car at Epcot, we hopped on the monorail and made our way towards the Transportation and Ticket Center and then on to Magic Kingdom. On the way over, I booked FastPass+ times for the attractions we planned to hit. The benefit of going for “the worst” means that it’s pretty easy to get FastPass+ times. It was still fairly early as we took our walk down Main Street USA, but the blue skies and pops of fall color easily brings a smile to your face. Our first stop was the Mad Tea Party, which our FastPass+ was unnecessary, but gave our daughter a chance to see the colors dance from her new Halloween MagicBand. Unless you’ve got major motion-sickness issues, I think that just about everyone will enjoy this ride. Yes, it isn’t flashy, and waiting for it in the summer can be brutal, but look at the sheer joy of having you put into a human centrifuge. Ask yourself this–the Mad Tea Party gets an equal number of stars with Stitch’s Great Escape. Which would YOU rather do? (And yes, now that Stitch has gone seasonal, it wasn’t an option, but still…for the readership, I would have ridden it.) Even with resetting our next FastPass+ earlier, we had some time to waste before our next “experience”, and although both Astro Orbiter and Barnstormer are also two-star attractions, they’re over my threshold for panic attacks, so we did the next best thing. It was off to an attraction that gets 3.5 stars, but is often mentioned as everyone’s second least favorite ride. The posted wait time was 15 minutes, but I’ll let you decide if we waited that long. As we were exiting the ride and headed for our next stop, I noticed it was a couple minutes until Great Moments in History with the Muppets had its next show. I’m a big fan of the Muppets, and being able to really get our daughter excited about them (while learning a bit about American history on the way) is such a treat. Make sure to take the time to see this show. Skipping the show is distinctly unpatriotic. Time for our next FastPass+ — the stunning 2.5 star Magic Carpets of Aladdin. I actually don’t mind having a themed spinner in each park, but with the iconic Dumbo (which gets 3.5 stars), I’m in the “meh” category with this one. Still, my daughter enjoys it, as long as she sits up front with her dad and I promise not to tilt the carpet.

As I had been fighting bronchitis for a while and was still coughing pretty bad, I committed a cardinal sin–stopping by Aloha Isle and just getting pineapple juice, no Dole Whip. When you have a cough, though, it’s an awesome elixir of life. There was no way we would finish the park without doing the absolute worst attraction. Yes, there’s one rated even lower than Stitch. The Frontierland Shootin’ Arcade. Like Aladdin, I’m not sure what you would put in such a small slice of real estate, and so this “attraction” stays here at its $1/play price point. Within a few moments, the generous targeting of the rifle meant that we had hit most of the interesting effects, and left our daughter asking “So, what else does it do?” Nothin’, pardner… that’s why it is 1.5 stars. Time to head back to Epcot for another two low-rated attractions. The Express Monorail was bringing people into the parks, but leaving the parks meant the Ferryboat. In the end, there were a half dozen people on board, and one very hopeful bird that accompanied us along the way. Once at the Transportation and Ticket Center, we got on the Monorail for our trip back to Epcot. The trip in is always such a joy, getting a birds’ eye view of the park as a teaser of all the amazing things there are to see. Two attractions were on the low end of the scale–the pavilion that used to be my favorite and our daughter’s second favorite ride in Epcot. The first one is easy to guess. No doubt, this pavilion could use some of its old glory returned. Journey into Imagination with Figment is a ride we rarely go on, because the blast of air in the final scene scares our daughter. The ride is certainly showing its age at this point, and 2.5 stars may be a bit generous, even with Figment helping out in the end. By the way, does this scene remind anyone else of South of the Border or is it just me? Ride survived, off to the “reward”–the equally rated Gran Fiesta Tour. (As a side note, we’ve called this the Mexico Boat Ride so much that when I said we were going on Gran Fiesta Tour, our daughter asked where this “new” ride was located. A former associate of mine from Mexico described El Rio del Tiempo as patronizing, stereotypical, and patronizing to the people of Mexico. I often wonder what he’d think of the ride now, where only one in three of the characters is actually from Mexico. Does that make it better or worse? I actually do enjoy this ride, and not because it both helps me get an appetite for lunch and provides a cool, dark place to sit and relax. Even though there’s a lot of screens in the ride, the constant abuse that happens to Donald causes our daughter to crack up every single time. Poor Donald. Even young kids know that the duck gets no respect.

And thus ended our tour of some of the bottom-ranked attractions at Walt Disney World.

Did we have fun? I like to think so. I had a blast watching our daughter end up in giggles on the Mad Tea Party. We all got a good laugh how Small World refused to say goodbye to my husband, keeping his streak of being snubbed by the right complete. I think everyone in Adventureland had a good laugh at my squeal when I got hit by an errant shot of water from a spitting camel. And even though I may grumble about the current state of the Imagination pavilion, it still gives me warm fuzzies to see Figment in there. And so although I wouldn’t advise people to only do the lowest-rated attractions on their dream trip to Walt Disney World, as long as you are with people you love, or at least people who rank higher than the attractions you go on, you can still have your Best Week Ever.

P.S. Does anyone else have a soft spot for the Mad Tea Party? I know I’m mad, but I can’t be the only one, right?