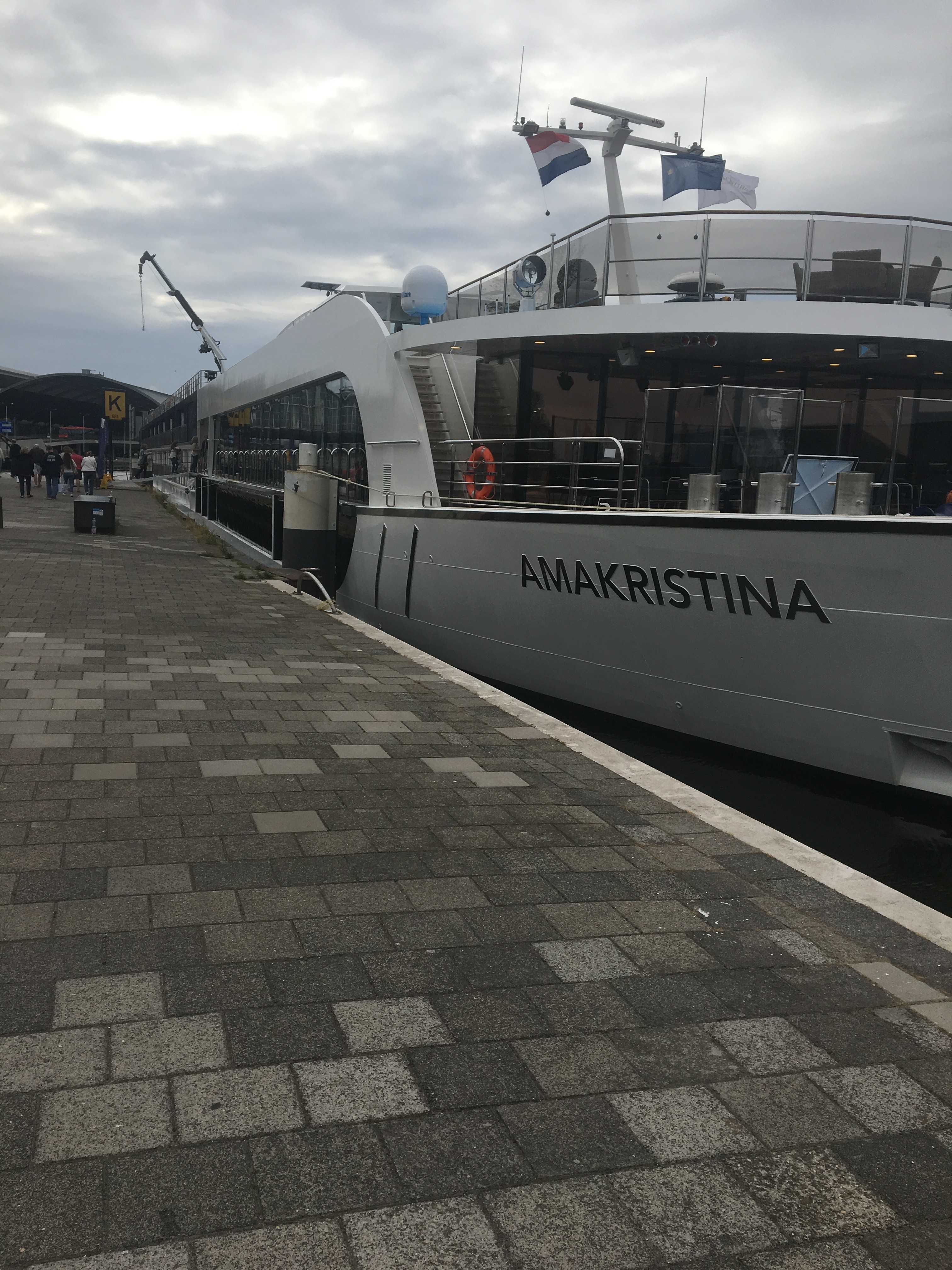 When my parents got married 45 years ago, they had a wonderful cruise planned for their honeymoon. Unfortunately, the Navy had other plans for my dad, and eventually he ended up on a Med cruise (without my mom, of course). It is only fitting that for their anniversary, they took a cruise of a different kind: an Adventures by Disney River Cruise on the Rhine. They have been gracious enough to share their photos, and looking through all the activities they did and sights that they saw, it truly qualifies as a Best Week Ever. This is the second river cruise that they’ve done with Adventures by Disney, previously having sailed on the Danube River. Both cruises are done through Ama Waterways, and this cruise was on the AmaKristina, sailing from Basel, Switzerland to Amsterdam, The Netherlands. And while it would be impossible to share everything that they did on their cruise, here are some of the highlights.

My parents arrived in Basel a day early to get used to the time change, and had a lot of fun window shopping and exploring the town. One thing they found very interesting are the light rail streetcar-like public transportation. After leaving Switzerland, the next stop was France. On an Adventures by Disney trip, your daily trips are included, and you generally have two or three options of activities in the morning and afternoon, so there’s usually something for everyone and every activity level. Instead of canoeing around town, my parents opted to take a guided canal boat on the Batorama Canal Boat through Strasbourg. During their day in Strasbourg, they also toured the Strasbourg Cathedral de Notre Dame, with its beautiful Renaissance-era stained-glass windows. The next day was in Mannheim, Germany, with a highlight of the trip for my father–a visit to the Mercedes-Benz and Porsche Museums in Stuttgart.

For a car aficionado, these museums were an incredible experience. They certainly don’t make them like this anymore! The Porsche Museum had an extensive collection of luxury and race cars from many different eras. On display were more than 80 different cars. This one was one of the favorites that my dad photographed. I can just picture this car zipping around winding roads on a street race through the Italian countryside (or maybe blasting off into space). And my dad had to take a picture of this one for me, of course. (Yeah, that one is my favorite from the museum, for obvious reasons.) Because my mom’s interest in cars extends about as far as “Will this get me from point A to B”, she visited Heidelberg Castle. Although much of the castle has been destroyed over the centuries, impressive bits of its architecture still remain today, including the famous castle gate, making this a popular tourist attraction with hosts dressed in costumes from different periods of the castle’s history. Traveling along the Rhine through Germany, my parents were astounded how many castles there were along the shore. Some were in ruins, while others were stately monuments to the glory of ages gone by. In Rudesheim, Germany, my parents experienced something that will become quite familiar to guests at Walt Disney World in the future–a gondola ride. The gondola that they traveled on was an open-air version that could hold 2-4 people and traveled through the countryside and up to the Niederwald Monument. The view from the gondolas was absolutely breathtaking. Probably the most impressive sight that my parents saw during their trip was in Cologne, Germany–the famous Cologne Cathedral. With its spires, it is 515 feet tall. To put that in perspective, take Cinderella Castle, put another Cinderella Castle on top of it, and then you’ll still be coming up short compared to this. Pictures can’t do it justice. To get an idea of how big it is, look at the person at the bottom of the picture for scale.

Even more impressive are the carvings around and throughout the cathedral. The amount of carvings and the intricacy were simply unbelievable. Also in Cologne, there was a tour of a chocolate museum. My parents were gracious enough to bring back some freshly made chocolate for us to try. The rich flavors of the different kinds were far beyond what we can buy here in the United States. The remainder of the trip finished up in Amsterdam in The Netherlands. One part of the tour that surprised both my parents with how much they enjoyed it was a painting class taught at the Van Gogh museum. Everyone got to try their hand at making a painting to take home.

Another activity that they enjoyed in Amsterdam was a trip to the Royal Delft Earthenware Factory. The amount and variety of Delftware on display was impressive, and the visit also included a chance to try your hand at painting your own Delft piece. And, of course, what trip to The Netherlands would be complete without a tour of the countryside to look at the historic windmills. Most windmills in The Netherlands have been replaced with the tall, white modern kind, but some of the classic windmills still exist. I’m so thrilled that my parents had this amazing opportunity to travel through these beautiful countries for their 45th Anniversary. And when it comes to tours like this, they can’t speak highly enough about Adventures by Disney. It made them feel comfortable traveling abroad to a new place, but also provided a wide variety of activities and experiences to let them see some of the best that the region had to offer.

Happy Anniversary, mom and dad. Here’s to many more years of Best Weeks Ever!