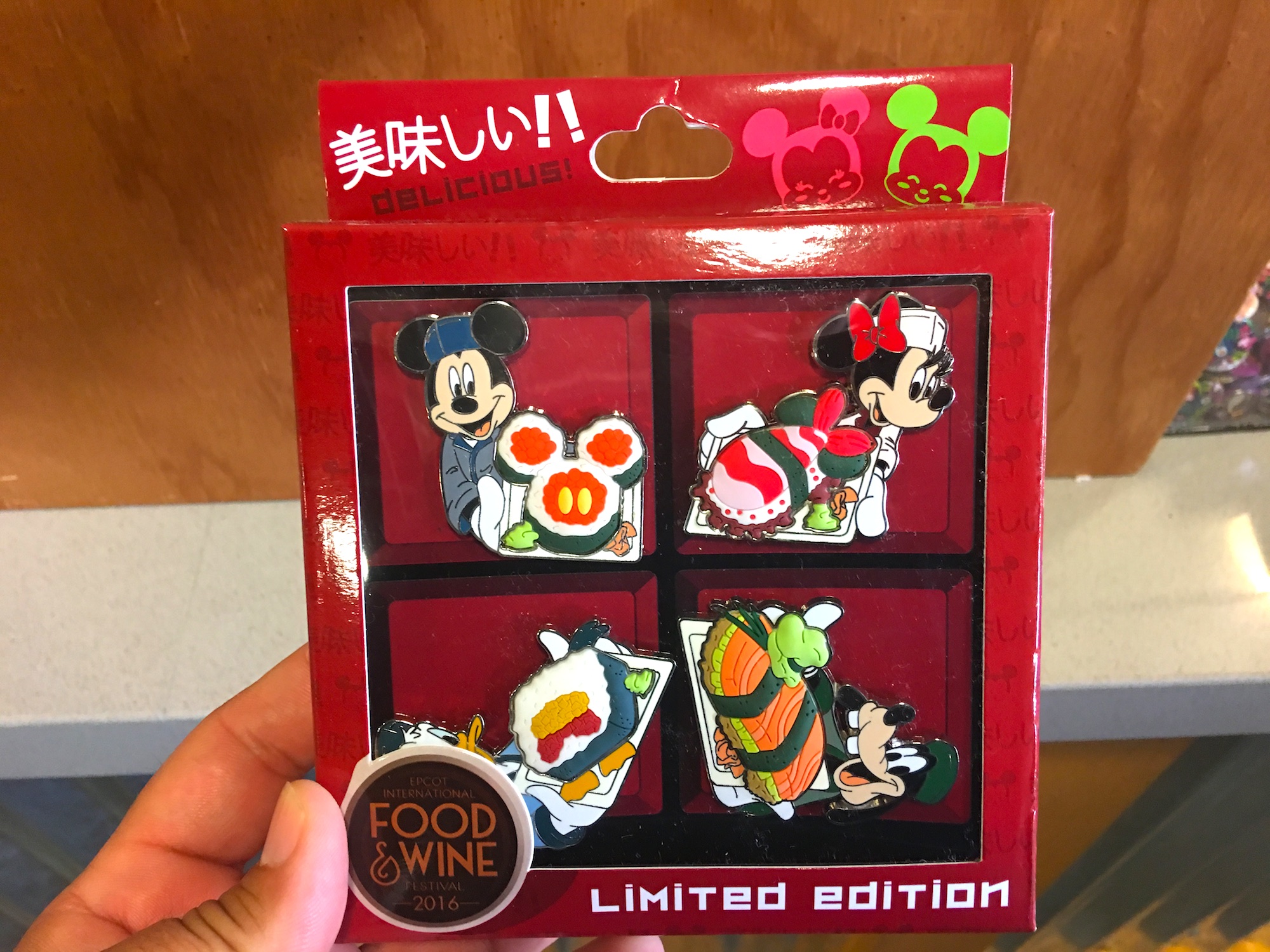 It’s the last day of February and – DO YOU BELIEVE IN MIRACLES?! – the long delayed Rivers of Light finally made its debut in the Animal Kingdom. Reaction to the show has been favorable, except for the fascinating demographic known as theme park bloggers. Bloggers – who have now seen the show more than anyone – started off saying the show wasn’t that impressive at all. After two or three shows, they started remarking how good the soundtrack is and that the show is growing on them. By the end of the week, many had completely flip flopped and said Rivers of Light was a very good show. Now, this could be a case of Stockholm Syndrome, but most likely it is because Rivers of Light completely eschews what we have become used to in theme park shows and goes back to an original concept like the crowd pleasing IllumiNations: Reflections of Earth. No intellectual properties, and a show that rewards multiple viewings. There’s reason to believe Rivers of Light will get additions in the coming months to improve that show even more, and that’s a win-win for all of us.

Now, what did Outlet Intern Julia Mascardo, secret shopper Showcase Of Wishes and I find when we stepped into  the Disney Outlet Stores? Let’s check it out!

A while back Disney came out with a unbelievable amount of huge luggage tags. They were very colorful and several of the designs were actually really neat and well themed to “air travel.” Several of the luggage tags made it to the Outlet this month including ones for Dumbo (the flying elephant), Pixar’s Up, and Buzz Lightyear. Originally $12.95 each, these were reduced to $4.99.

Here is another luggage tag featuring the Genie from Aladdin. Originally $8.95, now $2.99.

Loved this one. It was a small notebook that reminded me of the Disney Little Golden Books. Originally $6.95, now $3.99.

Next up is an interesting notepad that comes in the form of a flip book. Great idea in theory, but not sure how well it translates to your average guest. Originally $6.99, reduced to $2.99.

It was notepad month, as these pads themed to princesses also arrived. These were originally $12.95 each, reduced to $2.99. They seem completely impractical as a notepad because unless you’re writing in sharpie you won’t be able to see half of what you write because the colors are so dark.

One of the best days of the year are when the annual Theme Park Attraction Calendars make it to the Outlets. It’s an annual tradition and one of the best buys you can make. Originally $24.99, these were reduced to $4.99. This is a complete steal because this is pound for pound the best calendar Disney makes.

I completely marked out seeing some of the new postcards this month. I’ve seen this design for Space Mountain and have considered buying it as a larger print several times at the Marketplace Co-op in Disney Springs. Now the postcard was $4.95 – which normally I would consider a price only someone trying to reenact Brewster’s Millions should pay – but I bought it anyway.

I also bought this Jungle Cruise postcard, also $4.95 (no discount).

Bought a couple of these plates for the kiddos in the family. They are made out of “tempered glass” (whatever that means) and have a “removable silicone cover” (for who knows what reason.) Originally $12.99 each, reduced to $4.99.

Who is buying glassware themed to the Twenty Eight & Main brand? I mean that’s just nuts. I guess these would be okay “thank you” gifts to executives or maybe people who designed the cool-but-overpriced t-shirts, but a regular person? Originally $12.95, now $3.99.

Okay, this is cool. A set of three retro-style serving dishes. One themed to Tomorrowland, one to Fantasyland, and one to Frontierland. They all sit on a plate that is also themed. Originally $29.95, now just $17.99.

Considered this one because of the cute packaging, but ended up passing. The set of three cocoa cans was originally $12.99, now $6.99.

Not sure of the original price, but these snowman themed tote bags were reduced to $7.99.

ALL ABOARD THE TRAIN TO CRAZYVILLE!!

Our last stop is at these Marie-from-Aristocats themed high-heel Christmas ornament. I feel like there should be a documentary on Netflix that covers people who collect these. This is a judgement-free zone, I’m just intrigued. I mean, I can get Princess-themed high heels, I guess. But one for a cat? One for Roz from Monster’s INC? ONE FOR MUSHU?! Forget what I said, we’re in full judgement mode now.

When I saw this AT-AT pillow I had to get it. Even though it wasn’t priced. I still don’t know the original price, but it was reduced to $6.99. I love it.

DHS is getting a new BB-8 meet and greet this year, and what a better way to display your picture than in one of these frames. Originally $21.99, now $10.99. Let’s have a bit of SYNERGY here, have you read the SATURDAY SIX covering the Seven Hour Guided Star Wars Tour at DHS? Well, what are you waiting for?!

These leather Star Wars wallet was behind the counter and I came oh-so-close to picking it up. Originally $32.99, now $25.99 and I think I’ll get it the next time I see it.

Last month we saw Anakin and Ahsoka in a three pack, but here they are in a set that includes other stuff to play the now-defunct game. Originally $64.99, but I wasn’t taking this to the register to see what the clearance price is but the smart money is on $29.99.

Would this be the least practical key chain or what? Am I living on some sort of Bizarro-Earth?! This was reduced to $3.99.

Now this is more like it. A light-up Captain America shield keychain. Originally $7.95, reduced to $3.99.

If you look to the left of Kermit above you’ll see a Mickey thing. I couldn’t tell what it was, and I was a bit intrigued.

Turns out is was a foldable brush, complete with a mirror. This was so crazy I didn’t mind paying the original price of $7.95 (no discount.)

Quick DCL tangent, did you know they released DCL Tsum Tsums this month?! Soon there will be Tsum Tsums available in certain cities like London, Chicago, New York and Hawaii, so if you live in any of those cities, please send an email to Derek@TouringPlans.com

Now then, back to this DCL Towel Tote which has been reduced to $9.99. We have been informed by cruising expert @TheDCLBlog that these are incredible handy to have.

Check this out and tell me on a scale of 1 – Animal Kingdom Poop Snacks how crazy it is. Not only is it Mickey, Minnie, Donald, and Goofy presenting sushi rolls that look like themselves, but the back has the recipe for how they made them. THIS IS INSANE. Originally $59.99. Did you see that? ORIGINALLY $59.99. Now $29.99.

I consider myself the Guardian of Blogger Etiquette, and when I realized I had taken this picture with the Mickey head on the box upside down I almost gave myself ten lashes in town square. I did pick one up though. Originally $32.99, reduced to $9.99.

Several new magnets this month, include this one featuring a very artsy Mickey. Originally $5.99, reduced to $5399.

This magnet featuring the Partner’s Statue and Cinderella Castle was reduced to $3.99. (I wonder how much I could charge for the re-imagined Partner’s Statue magnet now that we have a new President…)

Very cute magnet featuring Minnie and Mickey as mermaids at Cinderella Castle as a sand castle. Actually that sand castle may be to scale, in which case it would be the castle out in Disneyland (THAT’S RIGHT GUY SELGA, I WENT THERE.) Magnet was reduced to $3.99.

I actually really love everything about this shirt, except the Christmas tree. Kinda dates everything. Originally $27.99, now $6.99.

Mickey and Minnie in film-strip t-shirt. With and original price of a next-level bananas $44.95, I’m going to guess it was being sold at Tren-D in Disney Springs. It has been reduced to $14.99.

Now this is a really cute shirt until you get to whatever is happening at the bottom left hand side of it. Maybe it’s too fashionable for a blue collar worker like me to understand. Originally $39.95, now $19.99.

Here were some new sets of clothes to join the Junior Blogger set we saw last month (the one that’s third from the left). All were originally $29.95, reduced to $9.99.

Here was a fun little set of binder clips. Reduced to $3.99.

All the “flat art” that was originally $39.95 was reduced to $19.99, including these pieces featuring Madame Leota and Tim Burton’s Alice in Wonderland.

Last month we saw a Toy Story 3D Crystal Puzzle featuring the alien, and this month we see Buzz Lightyear. A reader wrote in saying they have bought these puzzles, and no directions came with it, which help explain why they would be intended for ages “12+.” Call me crazy, but I’m not sure how many teenagers are going to want a Buzz Lightyear puzzle. Originally $17.99, now $7.99.

This was awesome. Before Disney started putting out Fuel Rods at the parks and Disney Springs, they had this D-Tech Rechargeable Battery Power stick. For an original price of $44.95, you got a whopping 2600mAh in return. I believe this is even less power than what’s in the Fuel Rods (which ain’t much.) This was reduced to $12.99.

14 thoughts on “The Magic, The Memories, and Merch! February 2017 Photo Report of the Disney Outlet Store”