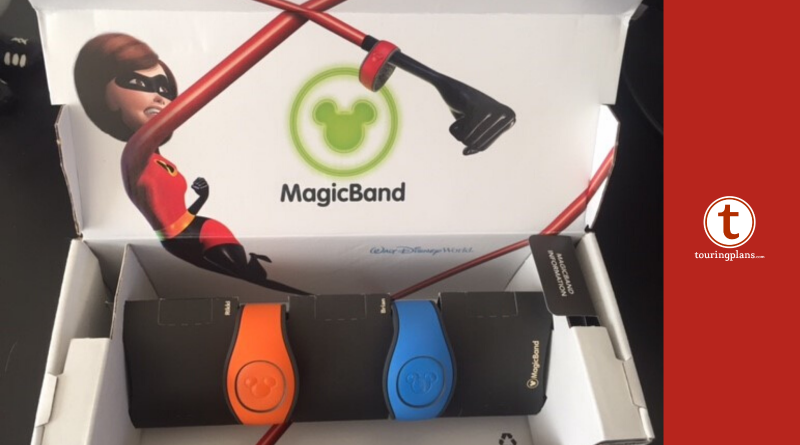 So, we were standing around the virtual watercooler at TouringPlans the other day, and Joe was lamenting the fact that he was on his way to Orlando but had forgotten his AP at home. This led to what I assume was a joking suggestion from Julia that it would be great if we could just get microchipped with our theme park credentials so we didn’t have to worry about forgetting a MagicBand or something like that.

Well, that joke sparked a little experiment. You see, I already had a mild interest in something called biohacking, which is an umbrella term describing a desire to combine physiology, biology, and technology to be the best version of yourself. Prosthetic limbs and pacemakers could be examples of “biohacking” tech that have been around for years. It also includes a full range of concepts, everything from simple “body hacks” like controlling in a very specific way what you ingest, to “we’re from the future” stuff like implantation of sensors to do on-the-fly blood monitoring. 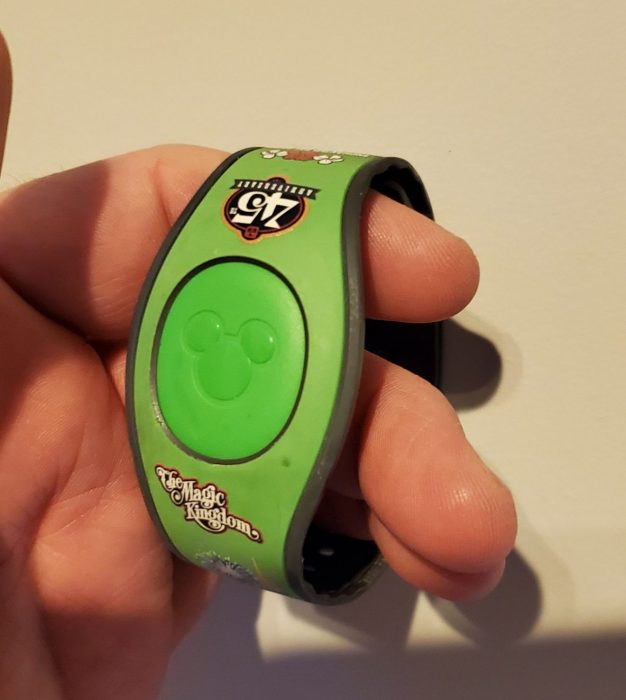 It’s conceptually very broad, and a full discussion of what all it entails is beyond the scope of this article (and my expertise, frankly), but of particular interest is the increasingly common practice of implanting chips into your body, and then using them to help interact with things in your world. For example, you know those cards and keyring devices that you might use to access your parking garage at work, check into the gym, open digital locks, or maybe log in to your computer? What if you could do that by placing your hand against a sensor instead of rummaging around for an access card? Those all use RFID (radio frequency identification) tags. By implanting an RFID chip in your body and encoding the chip with certain identifying information (which most modern mobile phones can do out of the box with a free app), you can do all of that and more using nothing more than your body. Yes, really.

Well, here in the Disney community, we all use something that relies upon RFID to work — MagicBands. When you hold your band up against a sensor, the chip inside the band is energized and emits a tiny radio signal telling Disney who you are, and the system lets you do whatever it is you are trying to do. There are also chips inside the band that can be read by longer range sensors, for on-ride photos, and even triangulating our location in the parks.

This, of course, got me thinking — what if I could clone my MagicBand to an RFID chip implanted in my hand, and then just walk around the resort like a freaking Jedi, opening doors, checking into FastPasses and making purchases just by waving my hand? Gears began turning — and given the subject matter, I feel compelled to point out that these are figurative gears because I haven’t implanted any gears in my body (yet) — and I started doing a little research.

Let me say this: I get it, this seems weird, to put it mildly. Half of the Disney community is lighting their collective hair on fire over privacy concerns with all of the data that Disney collects from us, and here I am, trying to make this device that Disney uses to collect our information a permanent part of my anatomy.  Is it safe? Is my data safe? Why would I undergo surgery just to avoid wearing a plastic bracelet a few times a year?

Well, knowledge is power, and one thing that I immediately came to realize is that it’s not near as scary or invasive as it may seem. In fact, microchipping is very popular in Sweden, and there are people boarding planes right this minute by waving their chip-implanted hands by scanners at the airport. Here’s what I learned:

For a deeper dive into safety and security from someone that knows a lot more about it than I do, take a look at this article.

So, I went ahead and decided to give it a whirl. I contacted a local tattoo parlor that does microchipping, set up an appointment, and I was off to the races. The chip comes preloaded into a sterile syringe:

The piercer began by giving the area between my thumb and forefinger a thorough, deep tissue massage to loosen things up. This was by far the longest part of the whole procedure, but even that was only a couple of minutes. She then thoroughly cleaned my hand, inserted the needle, implanted the chip, and that was that. The whole procedure took about 8 minutes, with the actual implantation of the device taking literally seconds. While I can’t say it felt great — it’s basically a shot with a large needle, and a shot is still a shot — it was not really a big deal at all and was only marginally more painful than a regular shot. Here’s what it looked like immediately after the procedure:

You can see where it was implanted towards my wrist, but it’s a very small wound. The actual chip isn’t visible, but it’s a little to the right of the implant site. She put a couple of band-aids over the site, and I was on my way:

The area was slightly sore to the touch for a couple of days, but even the day after the procedure, I couldn’t feel it at all unless I touched it. All in all, it was a very simple process.

The next step is for me to clone my MagicBand (in this instance, copying or otherwise acquiring the info from one of my bands and writing it to this chip) and try it out at Disney. The good news, however, is that the chip in my hand can be written and rewritten hundreds of thousands of times, so I can use it for other stuff in the interim — you just pass your phone’s reader over the chip in my hand, and the phone will launch whatever app it needs. At times, I’ve had it set to my contact info, and I’ve also set to my daughter’s Girl Scout cookie web page so I could easily provide the link to people. Currently, it’s being used for this:

Annnnnnnnyhoo, I’m looking forward to trying this thing out and seeing if I can get all or part of the functionality of a MagicBand to work with nothing more than my hand. As a quick preview, I am already aware that I won’t be able to recreate everything a MagicBand can do, because a MagicBand has a battery, and my hand does not. With that said, the two most important RFID chips in a MagicBand are unpowered, so the hope is that I’ll at least be able to duplicate the close range functions, like park entry, FastPass+ check-in, unlocking my hotel room door and making purchases. I’ll report back after I’ve had a chance to try it out!

So, do any of you out there have a microchip implant? Got any other ideas for cool ways to use this technology?  Am I an idiot for trying this? Let me know in the comments!