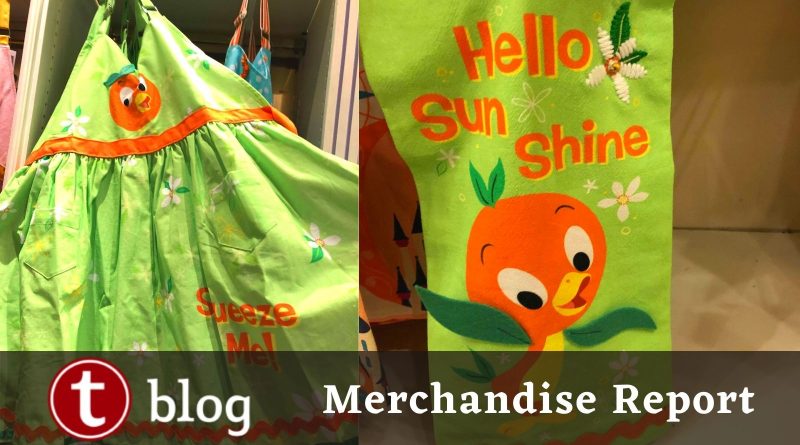 There’s a new set of Disney kitchen towels that every fan is becoming obsessed with. Three different kitchen towels, and matching aprons, have caught the attention of many Disney fans. Debuting originally on the West Coast at Downtown Disney, these adored items finally arrived at Walt Disney World.

At Main Street Emporium we found the kitchen towels, available as the Three Caballeros, Orange Bird, or Enchanted Tiki Room. However, the Tiki Room style is already sold out – hopefully just temporarily. Each towel is $19.99. They are embroidered and do have some nice details, definitely pulling on the heartstrings of fans. But, $20 for one kitchen towel seems like a lot.

Across the Street at the Main Street Confectionary we found the matching aprons. These aprons continue the same themes, Three Caballeros, Orange Bird, or Enchanted Tiki Room. Again each one has great detail, and is priced at $34.99 each.

What do you think of these kitchen towels and aprons that has everyone talking? Which one is your favorite?