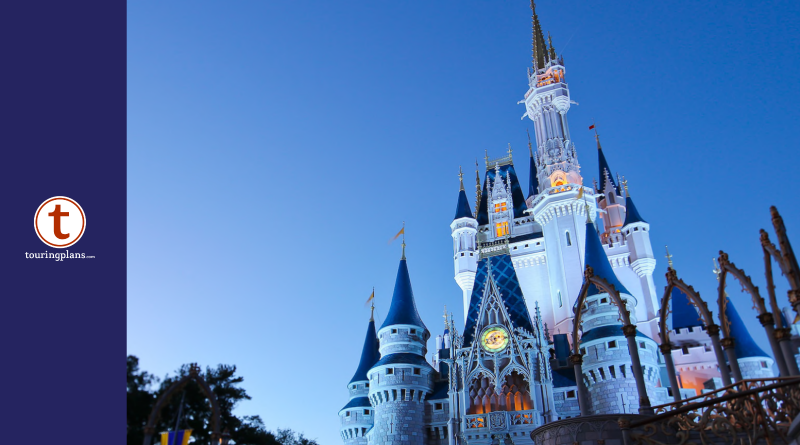 Have you ever had the perfect day planned out, and then park hours changed on you?

What is a Park Hour Change?

When we are talking about Park Hour Changes we are referring to any change in a park’s operating hours. The change can small or big; positive or negative. At the end of this blog post there are tables showing the distributions of Park Hour Changes. 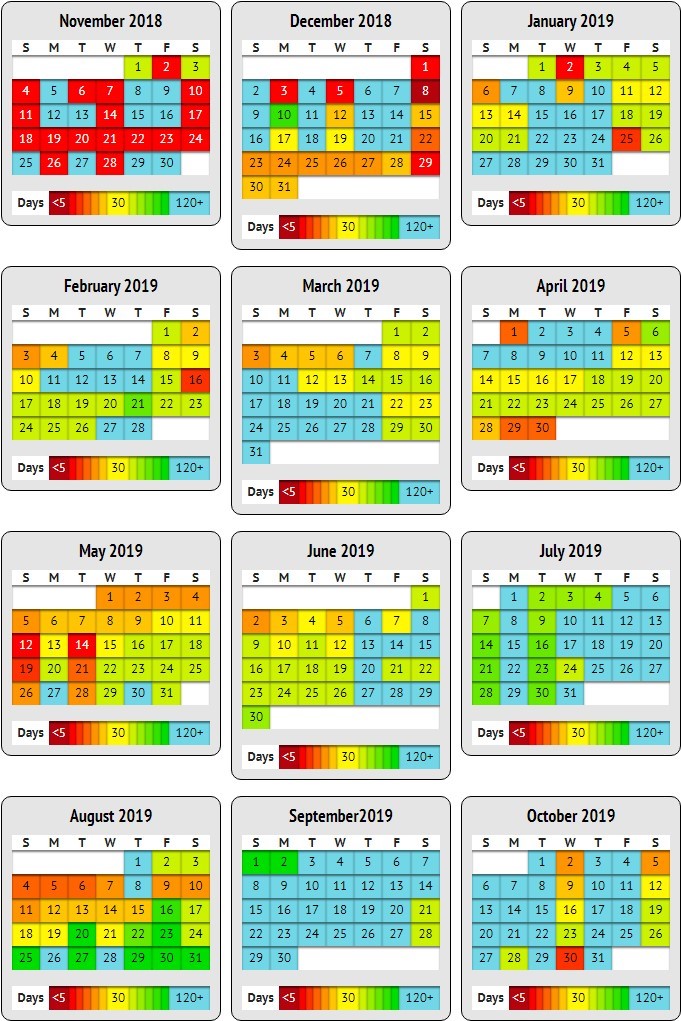 The fall 2019 park hours were a bit unusual at Walt Disney World. In May, Disney announced Extra, Extra Magic Hours, meaning that Magic Kingdom, Disney’s Hollywood Studios, and Animal Kingdom had Extra Magic Hours every day between August 19 and November 2. This locked in the parks’ opening times, so only the closing time could be adjusted.

Magic Kingdom has the most frequent changes in park hours. Epcot park hours rarely change. Epcot typically opens at 9 a.m. and closes at 9 p.m. The charts below show how many weeks in advance the final park hours were set. For example, on 8% of the days at the Magic Kingdom the park hours changed within 14 days.

91% of Epcot days had no change in park hours.

38% of Disney’s Hollywood Studios days had no change in park hours.

26% of Disney’s Animal Kingdom days had no change in park hours.

Disneyland does not publish its park hours too far in advance, and its park hours seldom change from what is initially released: 99% of days, the park hours in California did not change.

Knowledge is power. First, do not be surprised if park hours change from their initial values. As shown above, that’s pretty common. If you’d like, you can look at our historical data to get sense of park hours on similar dates in previous years.

If you’d like to be notified of changes, use our Crowd & Hours Tracker to generate an email alert if park hours or crowd levels change for your travel dates.

What TouringPlans.com is Doing

We have been tracking park hours and park hour changes for several years. This gives us a high level of precision in estimating “final” park hours. The statistical models used for wait time and crowd level predictions are dependent on estimated park hours and not the published park hours. For example, currently, Magic Kingdom is scheduled to close at 8:00 p.m. most nights in January 2020 and February 2020. We have a high level of confidence that most Saturdays the park will close at 10 p.m. or 11 p.m., and longer park hours tend to be associated with increased crowd levels. 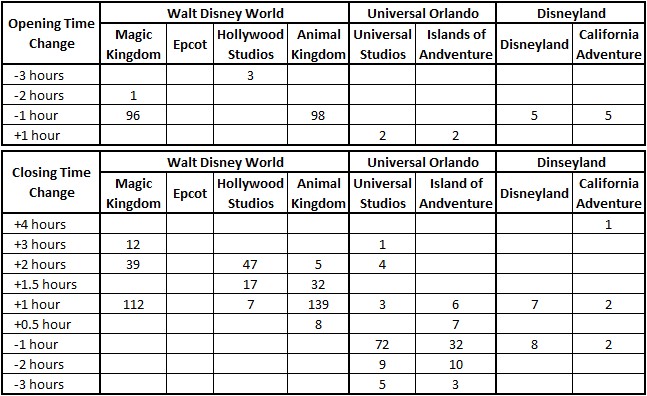 Universal and Disneyland are pretty solid with their early entry for on-site guests. At Walt Disney World it is very unlikely for Disney to remove Extra Magic Hours. 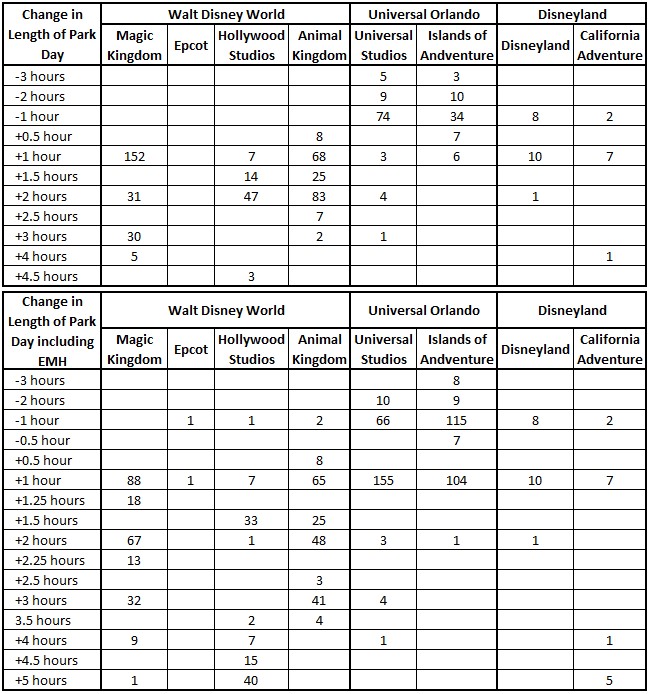 By keeping an eye on park hours, you can best optimize your touring experience as well as be able to avoid surprises for your day.

Do you have questions about park hours? Let us know in the comments.

10 thoughts on “Park Hour Changes: How Do They Impact Your Trip?”