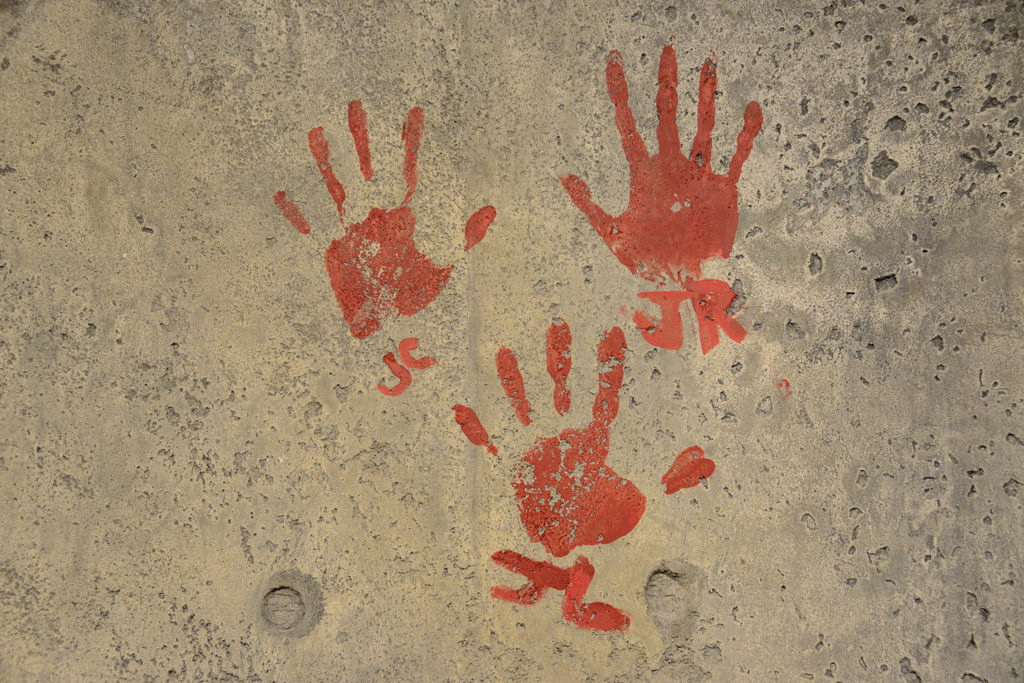 This week’s SATURDAY SIX takes a look at Six Amazing Details in PANDORA: THE WORLD OF AVATAR!  A little while ago we looked at Disney’s incredible new land at the Animal Kingdom, Pandora: The World of Avatar. We gushed about the rides, and since that article was written Flight of Passage has become the #1- rated attraction at all Disney and Universal theme parks, per TouringPlans readers. Today we are going to take a deeper dive into Pandora, and check out some of the unbelievably cool details found throughout the land, and let’s kickoff the countdown with….

The queue for Flight of Passage is hands-down the best ever done by Disney. The depth of detail and overall amount of unique elements is right up there with what Universal has accomplished with Forbidden Journey and Escape From Gringotts. Among these details are the cave drawings early in the queue, where on the rock work you’ll see Na’vi paintings of banshees, woodsprites, and even handprints of Na’vi, humans, and the human-made avatars. However, after you have finished riding Flight of Passage, on the ground floor of the exit corridor you will find three more handprints. These particular handprints are from James Cameron (the director of Avatar,) Jon Landau (the producer of Avatar,) and Disney Imagineer Joe Rhode.

The area in Pandora where Satu’li Canteen and Pongu Pongu are located is themed as if the Resources Development Administration (RDA, the main bad guys in Avatar) had abandoned the facility and left a lot of their stuff in the area. In the movie Avatar, characters wore RDA Identification Tags, which are similar to our military’s dog tags. These tags would include a person’s picture along with some information about them. At the Pongu Pongu bar you will see a bunch of Identification tags hanging up, and if you look closely you may even see lead Imagineer Joe Rhode himself.

Pongu Pongu is another great place to see one of the most amazing things about Pandora, and that is the amount of items that have been repurposed from the former RDA  facility. From a distance the signage looks completely normal, but the closer you get you’ll see that the news signs are remade out of other signs or weapons that were once utilized in the facility. It is a great attention to detail which ties in with the theme of nature reclaiming its former home that you will see all around the land of Pandora and into the first section of the Flight of Passage queue.

We all love the little details and “Easter eggs” found in the Disney theme parks (and movies.) The best ones blend completely into the environment and are only noticed by people who know what to look for. In the Flight of Passage queue, right before the bioluminescent forest section, you will see a very weathered signage for JC Shoring with the numbers 08.016.54. James Cameron’s birthday is August 16, 1954. Thanks to readers @FlBelleFl and @Disneyfan1071 we learned that the “CAN. 52787527.484” are also a reference. Cameron was born in Kapuskasing, Canada. Using the letters associated with the numbers on a phone, 52787527484 spells out “Kapuskasing.”

When going through the Flight of Passage queue the one thing you might remember is the name Dr. Jackie Ogden, as you are repeatedly seeing or hearing the name right before you get onto the actual ride. In the lab section of the queue you will see books written by Ogden as well as several other references (including a great picture of a dog with the words “Dr. Ogdog!” above it. Once you get to the preshow part of the ride you are hit over the head with “Dr. Jackie Ogden” like a proverbial hammer. Turns out, the character of Jackie Ogden is named after a Vice President at WDW who has worked at the parks for 20 years. The real Jackie Ogden has made a major impact at the Animal Kingdom, helping guests not only connect with the animals in the park, but to be able to take home the concept of conservation.

Disney has been playing “tricks” on theme park guests since day one.  Through the use of things like forced perspective and clever design, Disney has us seeing things that “feel real” even if they are not. When walking around Pandora, one of the things everyone will fall in love with are the amount water features. From alien creatures spitting water, to water falling off a “flying mountain,” it is just a remarkable area. However, if you look really closely you’ll see that not all the waterfalls are the same. In fact, some of them are actually fake. While we’re not 100% sure how they accomplished the illusion, these faux waterfalls simulate the effect of rushing water by what looks to be a spinning wheel of some sort. It is an effect done so well that your mind doesn’t even question it while seeing it. It’s only until you zoom in and study it do you realize it’s not the real deal.

While you’ve probably seen Pandora items in the main gift shop as you enter the Animal Kingdom, one thing you may not know exist is the Pandora print available at Tiffins. With great service, tremendous theming, and unique foods, Tiffins is one of our favorite restaurants in any theme park, but having this Pandora keepsake (drawn by Joe Rhode himself) puts the cherry on top of the sundae.

So there you have it: Six Amazing Details in Pandora: The World of Avatar ! See you next weekend for the latest installment of the SATURDAY SIX, where we’ll look at something fun from the world of Disney and Universal. If you enjoyed yourself, be sure to check out The Magic, The Memories, and Merch! articles, or, for your listening pleasure, check out the E-Ticket Report podcast. You can also follow Your Humble Author on Twitter (@derekburgan).

Special Thanks to crack staff photographer Brandon Glover, my personal protege Hunter “Elvey” Underwood, the bio-est of all reconstructs @bioreconstruct, Mr. ‘Ohana Tim Grassey, and blogger to the stars Megan Stump for their invaluable assistance with this article. Be sure to also check out Brandon on The Park Blogger podcast with goofballs co-hosts Aengus Mackenzie and LitemAndHyde , while fellow Potterheads may enjoy Meg’s work on the Central Florida Slug Club.

One thought on “SATURDAY SIX: 6 Amazing Details in Disney’s Pandora: The World of Avatar”