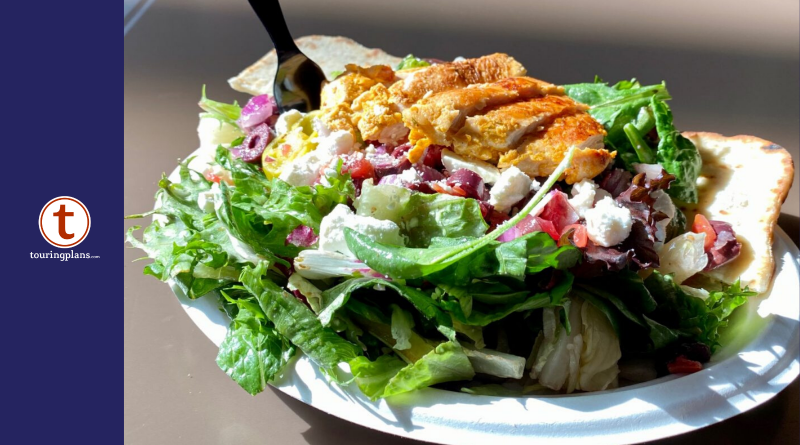 Our friend and long time Liner, Chef Todd, joined me at ABC Commissary in Disney’s Hollywood Studios recently to review some of the pricier quick service lunch options on offer. As a reminder, Chef Todd is a classically trained chef, and I am a mom like every other mother I know–worried about feeding my child healthy food on a budget. Let’s begin!

The ABC Commissary is located on Commissary Lane on the path to Star Wars: Galaxy’s Edge. To accommodate the early SWGE crowds, they have extended their lunch hours to 9:30 am to 4:00 pm. Now for the food! 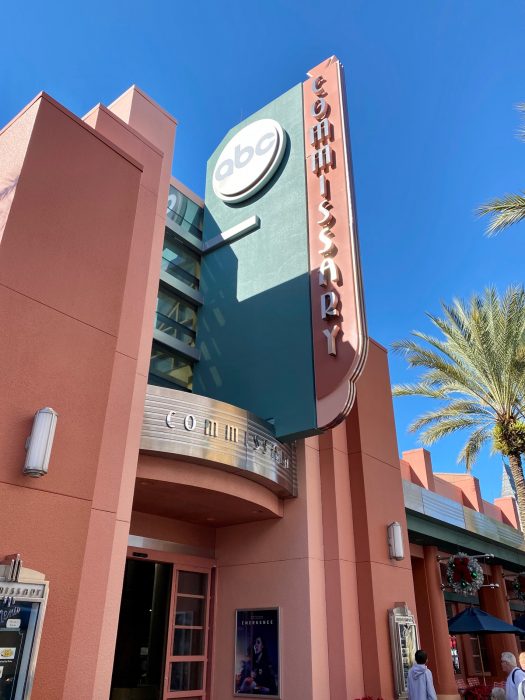 Chef Todd’s Take – When we talked about ordering these ribs, the first thing that came to my mind was “where are they smoking these, and why aren’t they smoking anything else?” I mean, if you have a big ole’ smoker, why not use it? I know there is the smoked turkey sandwich and brisket gravy in Toy Story Land, but I was still dubious. I had a suspicion that liquid smoke was a possibility, and after the first bite I was pretty sure I nailed it. The decent sized ribs were very well cooked, and tender with just a little tug. But…I am still trying to scrape that fake smoke flavor off the roof of my mouth. Definitely not worth the 20 bucks. Nope!

My View – These made me sad and a wee angry. We just came off the high of a delicious smoked turkey sandwich at Woody’s Lunch Box (spoiler) so my expectations were high. The fries had that funky mixture of  being greasy and still dry. The ribs looked good but one bite was more than enough for me. Whatever chemical they use to make them seem “smokey” just gave them an odd and unnatural flavor. We were more than a little embarrassed to waste an almost full plate of food, but there wasn’t another option. Terrible value and a hard no for me.

Chef Todd’s Take – Fried Seafood?? Yes please!! I had high hopes for this, but I was immediately deflated when I saw the size of the shrimp. I didn’t expect jumbos, but I also didn’t expect Sea Monkeys (sorry if you’re not old enough to remember comic books). Seriously old fish and tiny shrimp is not my idea of a value. The fries were pretty good, and the thimbleful of slaw was surprisingly decent. Hard pass.

My View – I’m guessing there was an issue with the fry supplier the day we were there. The menu shows that steak fries are served with this dish and the fries on our plate were clearly not of the steak variety. Potato drama aside, the fish did not taste fresh and the breading had the same greasy and dry texture I described above. My mother is a Catholic church fish fry connoisseur, which means I spend every Friday night of Lent elbow deep in fried seafood and arguments about politics and tartar sauce. Odd brag, yes, but it also means I expect more from Disney than my church when I’m paying double for half the serving. And Chef wouldn’t even be baited into a discussion on politics. Big disappointment from the sea on this one. 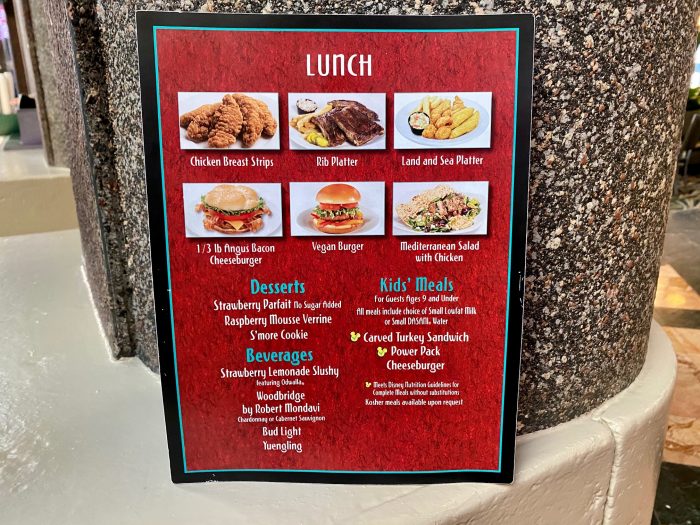 Mediterranean Salad with Chicken – tossed in a Mediterranean Vinaigrette and served with Hummus and Flatbread, $12.99

Chef Todd’s Take – At some point during every Disney vacation, my body slaps me in the face and screams “Give me a salad for the love of God!” This one sounded like the ideal response to that cry for help. Grilled chicken, marinated Greek vegetables, feta and hummus. Perfect. The chicken was well grilled and plenty juicy. The veggies, unfortunately, were over-marinated and tragically soggy. Crisp greens and a respectable hummus helped. Just ok. Only order if you really need the roughage.

My View – This was the best thing we tried at ABC Commissary that day. I didn’t find the veggies soggy at all – just yummy, and I would have been happy with more. I was confused about the breading on the chicken. It felt like they did the flour, egg, breading method but just fried it after the flour and egg. I didn’t enjoy the texture at all and only had one bite of chicken before staying with the veg. If I had paid $13.00 for a salad with chicken I hated outside of WDW, I would have returned it and asked for something else. Inside of the bubble, the lines and the prospect of a long wait lulled me into acceptance.

Final Thoughts – No surprise here. Maybe they were just having a rough day, but it’s a pretty expensive risk when you’ve been in line for a Rise of the Resistance boarding group since 6:30 am. Chef Todd and I agree that there are better values for your time and money to be had at the Studios. See you in line!

For our review of dinner, with different options, click here.

Have you had lunch at the ABC Commissary recently? What did you try? Leave us a note with your thoughts!