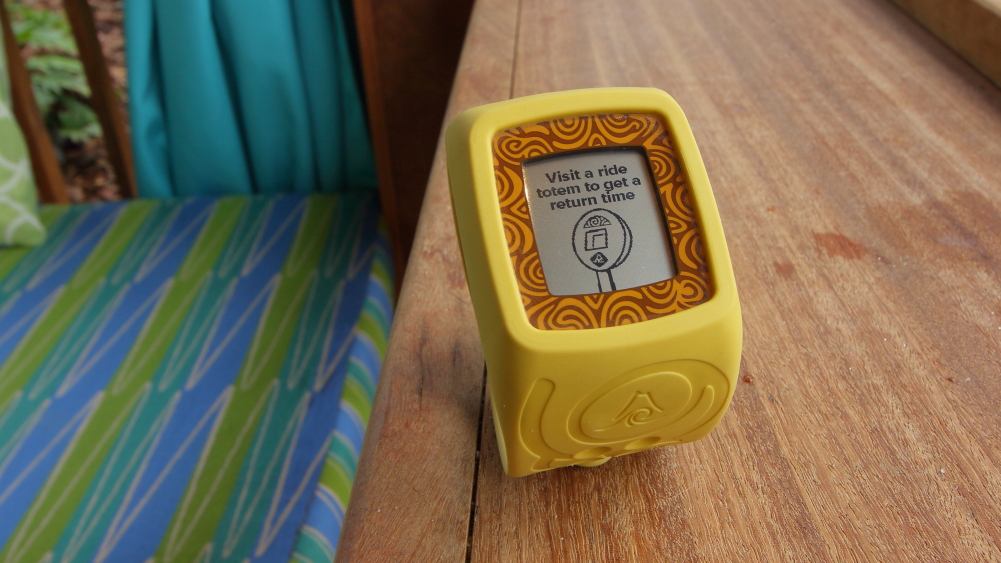 The TouringPlans blog is pleased to welcome guest author Laurie Breen to share some insights about the psychology of the queueless theme park.

Enjoying a theme park with no lines sounds like every theme park fan’s dream. But does the current iteration of the queueless theme park really translate into a better experience for the average park-goer?

With Universal Orlando’s new Volcano Bay water park, the global theme park giant launched its first “queueless” theme park. But did they miss the mark? It’s true, the lines are soooo long these days. As Jason Surrell, a creative director at Universal, explained to thestar.com, “We’ve known for years that waiting in line is one of the biggest dis-satisfiers in our guests’ day.” And of course, the pay-to-play line-cutting access offered by Express Pass goes against the egalitarian ideals upon which our great nation was founded. However, theme park queues serve many purposes within the operations of a theme park. By overlooking the psychological effects of standing in a line, as well as the way that people are accustomed to “touring” at a theme park, Universal may have thrown the cow out with the cattle pen.

Queues act as crowd control, essentially designating a place for hundreds or thousands of guests to stand each hour as they progress through the line, waiting for their turn to ride on their chosen attraction. This takes crowd pressure off the walkways, stores, and restaurants, allowing the park to increase capacity while adding more fun attractions. Imagine that you are in a theme park store where 100 or 200 guests are shopping at one time, wandering around, slowly browsing what’s on offer — the store starts to feel very crowded and claustrophobic. But now imagine the Greenhouse at Harry Potter and the Forbidden Journey — in this space, each person is allotted a specific position to stand in and social norms dictate that people will line up in an orderly fashion. They (generally) maintain their place in line, they are all moving in the same direction, and they all keep a pretty consistent spacing between themselves and the next line-waiter. In this situation, a crowd of 100 or 200 people does not seem overwhelming at all. This brings us to another psychological benefit of the actual line — the concept that “unfair” waits seem longer than “fair” waits. When everyone is in a real live line, you can see who is first and who is next. Other virtual systems, such as Disney’s FastPass+ or Race Through New York Starring Jimmy Fallon issue a specific window of time for guests to return, setting clear expectations for guests. With Volcano Bay’s TapuTapu, you “tap” into the queue at the entrance to the ride and you are given a wait time that counts down until the time when you are able to return and ride. However, the variables of the wait times are not transparent to the guest. Some guests, such as Nicola from the UK, had a positive experience — “we tapped into the aqua coaster when it had an 80 minute wait, but within 60 minutes it went to zero.” However, Michael from North Carolina was frustrated during his visit on June 14th. When Michael’s kids tapped in to two different rides, Ohyah showed a 35 minute wait, and Ohno showed a 40 minute wait. He figured his kids would be able to ride at roughly the same time. But once they tapped in, the time shown on the TapuTapu for the smaller slide went down quickly, but the larger slide’s wait went up to 45 minutes, then 50 minutes, and then dropped more quickly after that. By his estimate, one child waited 20 minutes and the other waited 50 minutes for their respective rides. Because it was not clear what position he held in the virtual queue, it wasn’t clear how many people were ahead of him, and he wasn’t given any information as to why his wait time increased. This was perceived as an “unfair” line, increasing his dissatisfaction with the system, despite the promise of not having to wait in an actual line.

Here is a secret that any theme park super-fan will tell you: sure, waiting in line, in general, kind of sucks. But, sometimes, waiting in line doesn’t *completely* suck. The queue is where the story of the ride unfolds. It’s where the anticipation builds. It’s where you feel that nervous/excited pit in your stomach before you get on Hollywood Rip Ride Rockit. The fact is, humans bond through shared experiences. Waiting in line alone always seems longer than a wait with friends because you are sharing that experience of being stuck in line, together. As William James, noted philosopher, observed, “Boredom results from being attentive to the passage of time itself.” Theme parks know this. They use this. All the interactive queues, dating back to 1995 and the Indiana Jones Adventure in Disneyland, are designed to entice guests into the line and keep them happy while they’re waiting. Although the creative team for Volcano Bay has developed a fascinating backstory complete with creation myths and made-up tribes, guests have noted that the story is not really evident in the park. It’s possible that without the line, there’s not as much space to tell the story inside the park. Finally, let’s be real, is the queueless experience truly “queueless”?

Eventually, there is a line. It may be short. You may have done most of your waiting elsewhere. But you will end up in a line. Instead of having all slides use the TapuTapu, some of the slides, at certain times, are now directing guests to “Ride Now” rather than tap in to wait. What this really means is that guests are able to enter a traditional queue and just wait for their turn. This may be an attempt on Universal’s part to balance the goal of the queueless theme park with the reality that traditional queues serve an important function. As of yet, theme parks are not able to predict human movement down to the second. Until that happens (and I hope it never does, because at that stage we would likely be some sort of thrill-ride-loving human-cyborg creature), you are going to end up in lines at some time at theme parks.

Actually, I imagine cyborgs would be really good line-waiters.

Laurie Breen has a degree in Psychology from Smith College, and works as a freelance writer and research communicator.