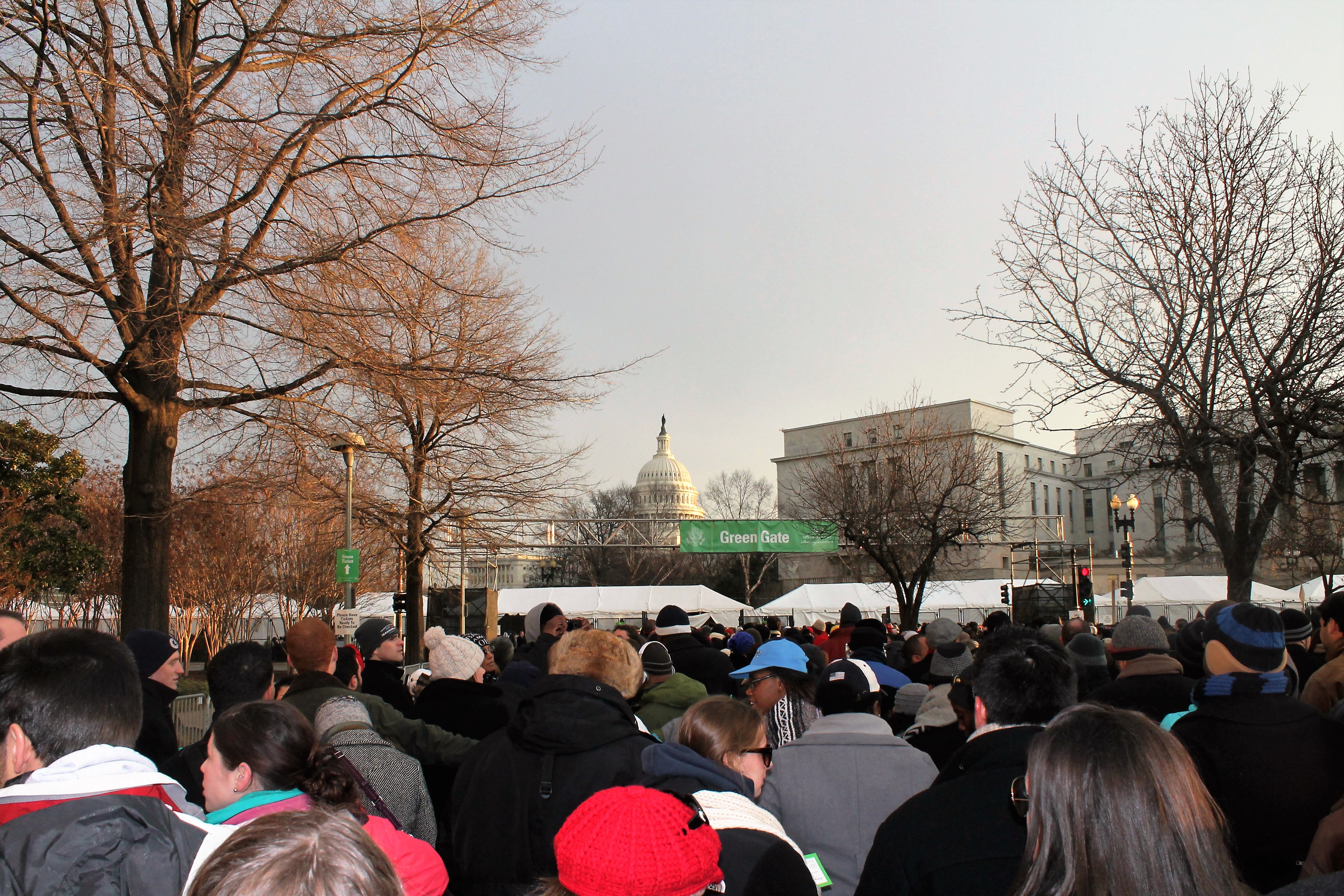 This post was written by Phil Cronin, who worked on both of President Bill Clinton’s inaugurations. Enjoy!

“Marvin, what do we do now?”-Robert Redford as Senator-Elect Bill McKay in The Candidate. The answer is, Constitutionally, you take the oath of office and socially, you have a celebration. Or an Inauguration.

Constitutionally, the new president takes the oath of office at Noon on January 20th. That part is organized by Congress. Socially, there will be, if history is a guide, a parade, Inaugural Balls, concerts, a day of service, and other events organized by the Presidential Inaugural Committee (PIC) established by the winning candidate. And you’re invited. Sort of.

Congress has a website for Inaugural information. There is not much information about the 2017 Inaugural, but it will give you a sense of what happens that day.

To attend the swearing-in, you get tickets from your Member of Congress. Each office receives a limited number of tickets they are free to distribute as they see fit. Most will hold a random drawing. Many states coordinate the drawing across their entire Congressional Delegation to ensure they maximize the number of people who can attend.

These tickets are for standing. There are seats, but they are reserved for guests of the First Family, Electoral College Electors, Dignitaries, and other VIPs. Pictured is a map from the 2013 Inaugural (which has been the same for the last few Inaugurals) showing the ticketed areas.

To put things in perspective, in 2013, approximately 1 million attended the second Obama/Biden Inaugural (1.8 million attended the first Obama/Biden Inaugural in 2009). And Congress had 240,000 tickets to distribute. If you are lucky enough to get a ticket, your vantage point may be less than ideal. Pictured is the view my family had in 2013 with South Standing Area tickets, and arriving at the Capitol at about 7:30 AM, a full 4 hours before the ceremony began.

If you don’t get tickets, you can watch on the Mall, where jumbotrons and speakers will be set up. With or without tickets, it is a long day of standing and waiting. As I said, my family and I arrived about 7:30 AM for a ceremony that started at 11:30 AM and ended about 12:30 PM.

Once you decide you would like to attend, get your name on your Member of Congress’ list. They won’t actually have the tickets until shortly before the Inauguration day, but it’s always good to make sure your name is there.

To get tickets for the Inauguration itself, watch the websites of your Senators and U.S. Representative, sign-up for their newsletters, and check back after the election. It is the new Congress that enters in 2017 that distributes tickets. If your current Member of Congress retires, loses, or leaves office some other way, it is the new Member who distributes tickets.

With a new president, what happens now? The social part.

In 2009, there were 10 “official” balls throughout Washington, DC. In 2013, there was one ball open to the public, plus the Commander-in-Chief’s ball for members of the military. The number of balls in 2017 will depend upon the views/wishes of the new president.

If you are interested in going to official Inaugural events, wait until after the election and visit the PIC website to see how tickets will be distributed and, if interested, how to buy tickets or make a contribution for a package that includes event tickets.

If you aren’t successful in getting official event tickets, there are many unofficial events happening in Washington, DC around the Inaugural. State political parties have their own receptions and events. Checking with them as to what they may be doing is a good idea.

Also, private advocacy groups arrange their own social and policy events. Things like issue roundtables, balls, concerts, and the like will be organized by private groups for those not going to official events. These are harder to track, but if you are a member of a group, and they are having an event, they will surely let you know. Your Member of Congress may also have an event, so ask them when asking about swearing-in tickets.

Even without official tickets, there will be a place to watch the swearing-in, be part of the experience, and attend some other social events as well. Where do you stay? Hotels within DC will be expensive with minimum night stays of 3 to 4 nights.

The pro-tip right now is to make a reservation that can be canceled. You can still do this at a number of hotels, but that number is decreasing. That way if you cannot get tickets, or your candidate loses, you can cancel the reservation.

As Brian has recommended for all things DC, staying in Virginia or Maryland is a wise move. Finding one along the Metro or with a shuttle would work. Rosslyn, Arlington, Pentagon City, and Alexandria in Virginia all provide easy access into DC. Silver Spring and Bethesda in Maryland have Metro access, but are a long ride into the District, so plan accordingly.

If you cannot find a hotel in your price range that you can cancel, wait. Hotels see big dollar signs during the Inaugural, so they jack up the rates and minimums. When people decide not to attend, the minimums and prices get reduced a week or so before the event.

The election is two months away, but right now you can get on email lists of your Members of Congress for swearing-in information, try to find a hotel that will allow you to cancel, and vote so your candidate wins.

2 thoughts on “Washington DC: How to Attend the Presidential Inauguration”