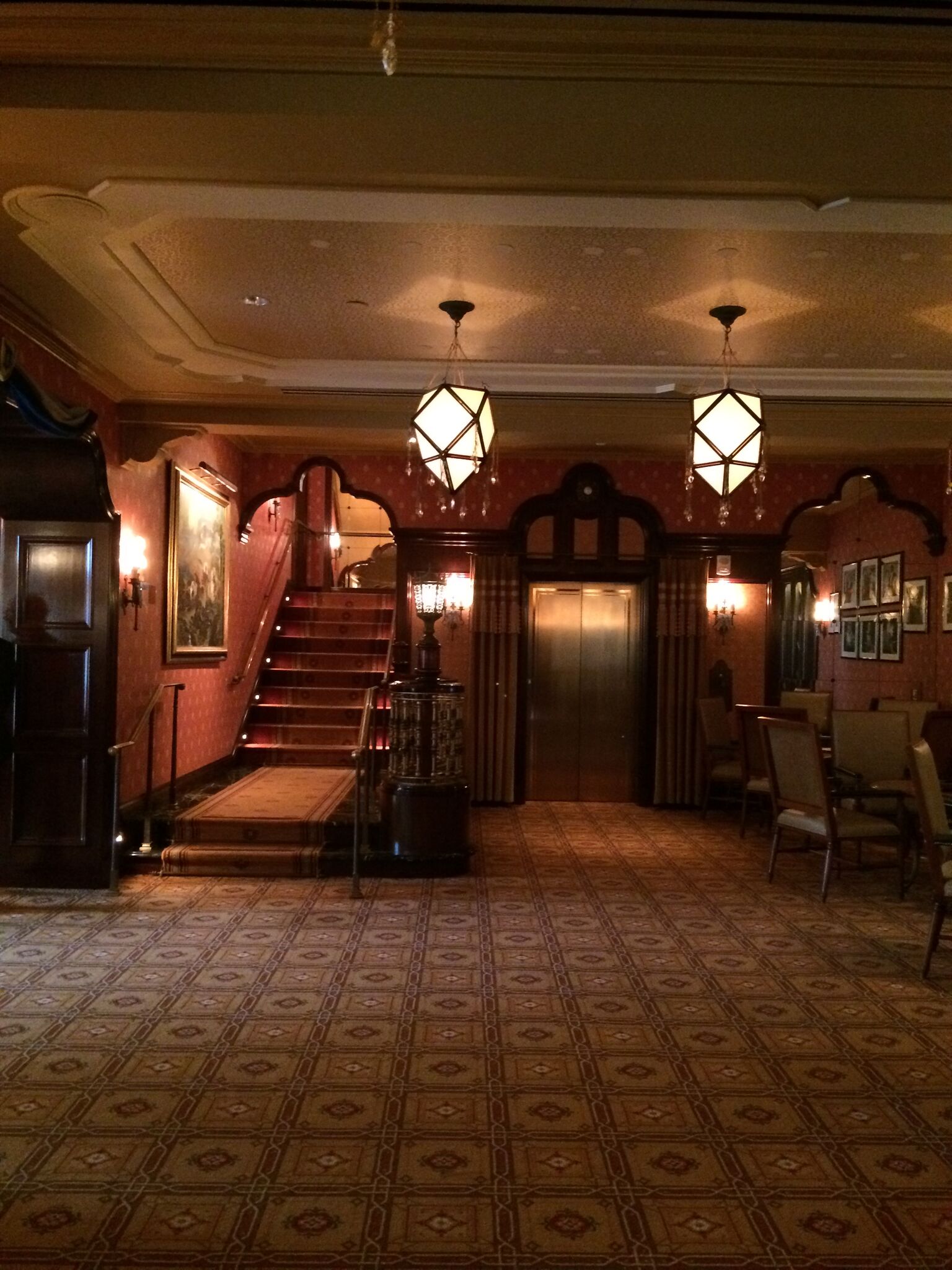 Do you remember the first Disney movie you saw in theaters? I sure do! Even though that first time was years ago, I still love going to see Disney’s film at the theater, and I bet you fellow Disney fans do too! But have you ever thought of the first theater to ever show a Disney movie?

History of the Carthay Circle Theater

The Carthay Circle Theater first opened its doors in 1926 in Los Angeles, California. The design of theater was a tribute to California’s history with its Mission Revival style of architecture and interior paintings and artwork. It’s glittering sign, iconic octagonal bell tower, and sweeping floodlights could be seen from afar and served as the backdrop for a number of Hollywood premieres that rivaled that of Grauman’s Chinese Theater at the time. In addition to hosting the Snow White and the Seven Dwarfs premiere in 1937, the Carthay Circle Theater also hosted the premieres for Gone with the Wind in 1939 and Fantasia in 1940.

These premieres were elaborate affairs. For the opening of Snow White and the Seven Dwarfs, a replica of the dwarfs’ cottage and diamond mine was constructed. Costumed characters from the film also entertained guests in attendance, and welcomed celebrities such as Shirley Temple, Charlie Chaplin, and Ginger Rodgers!

Sadly, the Carthay Circle Theater was demolished in 1969 and replaced with an office building. But it still holds a place in the history of Hollywood and maintains a strong presence within the Disney Parks. Let’s take a look…

Stepping inside the Carthay Circle Restaurant is about as close as you can get to time travel. Imagineers have recreated the style and feel of this Old Hollywood landmark with rich reds, gold, polished dark woods, and gorgeous Art Deco touches.

Both upstairs and down, the walls and hallways are adorned with black framed photographs and mementos of the actual theater, its premieres, Disney legends, and even Walt Disney himself!

The Carthay Circle Restaurant has a number of rooms in which to dine, including four private dining rooms and two outdoor terraces.

One of my favorite things about the restaurant is the number of tributes to Snow White and the Seven Dwarfs. The most noticeable is the ceiling mural in the main dining room which showcases pastoral backgrounds from the film. But perhaps the most impressive is the Evil Queen hidden in the wood grain of the restaurant’s tables! Seriously, how did they do that? Finally, if you have privilege of dining in the pricey Premiere Room, be sure to notice the base of the table. It looks like Snow White’s wishing well!

If you are unable to dine at the Carthay Circle Restaurant during your visit, or if you enjoy Disney history, free tours are offered daily at 10:30 A.M. at the restaurant entrance. The tour typically spans about 15 minutes. Even if you fancy yourself a Disney history buff, you’re sure to learn something and gain insider knowledge of the theater that was the first to host a Disney film. Plus, you will be granted access to areas that may be off limits to most guests during dining hours.

Walt Disney World’s version of the Carthay Circle Theater can be found on Sunset Boulevard at Disney’s Hollywood Studios, right before the entrance to the Beauty and the Beast – Live on Stage show. Known as the Once Upon a Time store, this version of the Carthay Circle Theater is considerably smaller than both Disney California Adventure’s and the original. However, there is still a wealth of history and tributes to be discovered here.

For instance, there’s the window displays. While the products shown in the windows change often, the backgrounds always showcase vintage Snow White and the Seven Dwarfs film posters from the premiere.

Inside, guests are greeted with familiar displays of Disney merch, but a keen eye will note red stage curtains, Art Deco light fixtures, and framed Snow White and the Seven Dwarfs concept art hung above the shelves of the merch. But my all-time favorite detail can’t be seen. You have to listen for it! When browsing the store, listen carefully to hear the radio broadcast from the actual Snow White and the Seven Dwarfs premiere being played throughout the store.

So be sure to drop in the Once Upon a Time store the next time you make your way down Hollywood Studios’ Sunset Boulevard to discover a few of the odes and tributes to the first theater to show a Disney movie!

One of my favorite things about the Disney Parks is that there’s always something new and exciting each time I visit, yet its history is never forgotten or neglected. Both Carthay Circle Theaters have a great deal of history to share for those who know where to look for it and they illustrate the principle that everything at a Disney Park, whether it’s a restaurant or a gift shop, has meaning and a story!