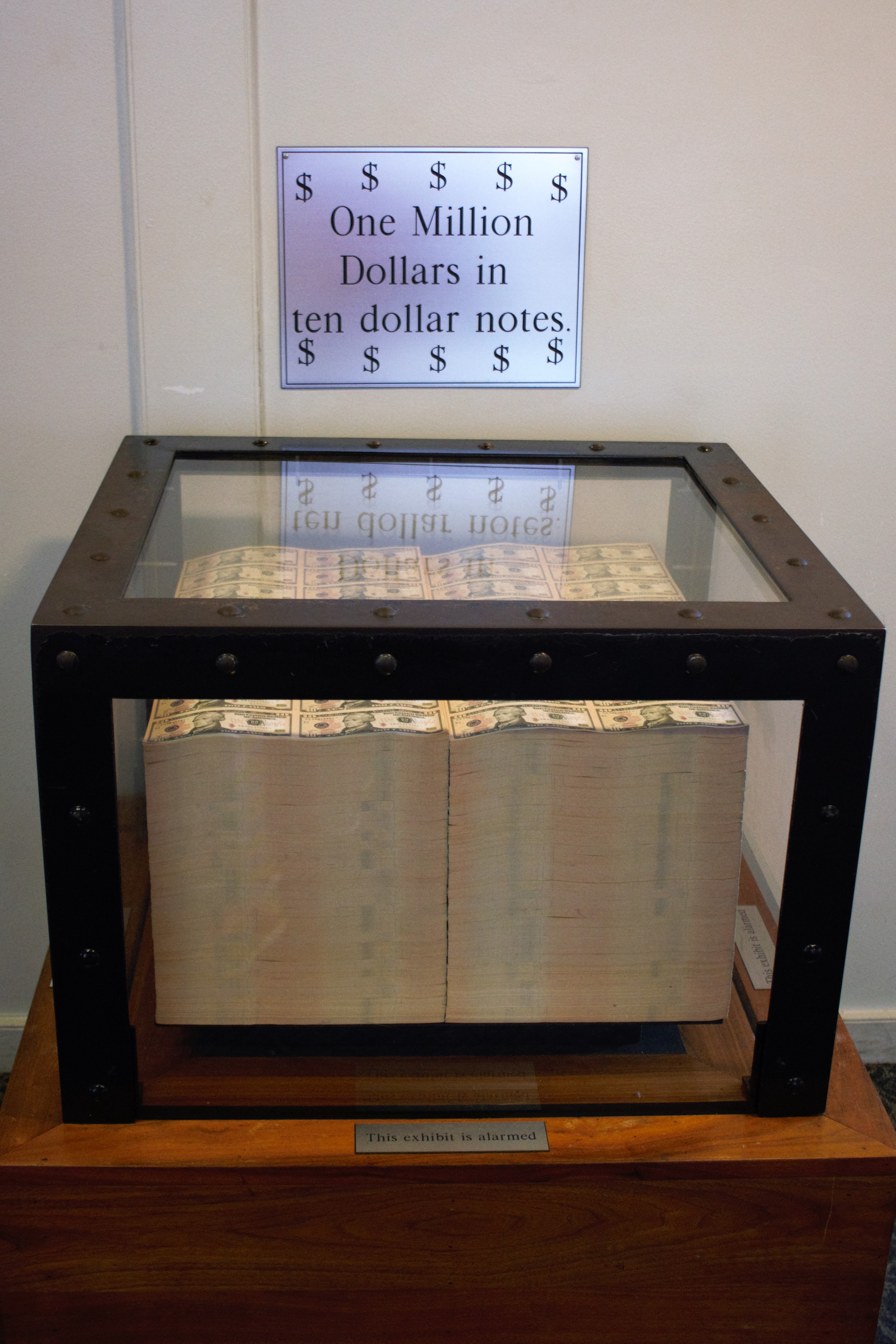 Everyone wants to make money, right? Well at the Bureau of Engraving and Printing you can learn how to REALLY make money. Lots of it. All you need is millions of dollars in equipment, special paper, special ink, and the go-ahead from the U.S. government. Hmmm, maybe you’re better off just taking the tour of the building that makes it for you…but doesn’t give any to you. Sorry.

What is the Bureau of Engraving and Printing

In short, the Bureau of Engraving and Printing (BEP) is one of two locations (Ft Worth, TX since you asked) allowed to print U.S. paper currency (no coins are produced here). They operate at the will of the Federal Reserve, who regulates the amount of currency in circulation. The BEP prints literally billions of dollars per year. Yes, they have stringent security in place.

Tour Times and Getting Tickets Tours are available Monday through Friday only. It is also closed between Christmas and New Year’s and there are no tourson U.S. Federal holidays either, so make sure you check a calendar when you’re planning to visit.

The good news is that tours are free, however, the hours and the method of entry differs based on the season, so let’s split this up.

Touring the BEP is a little trickier during the busy times, which are any dates not listed above–for 2017 that will be March 7 through August 28. Tickets are necessary and are distributed beginning at 8am from the ticket booth on Raoul Wallenburg Place (formerly 15th St SW). The day I did this tour, people began lining up around 7am, although tickets did not “sell out” for several hours.

Tours are available from 9:00am – 11:00am and 12:30pm – 6:00pm and you get to choose your tour time when you pick up your ticket. The person in the ticket booth uses a simple but effective method. They have stacks of tickets for each time slot pre-printed and cards displaying each time on their window. When they run out of a certain time’s ticket, they remove the card from the window. All you have to do is pick a time that’s displayed, tell them how many, and claim your prize.

Approximately 15 minutes before the start of your tour, you arrive at the tour entrance, which is paradoxically not near the ticket booth. The tour entrance is on 14th St, clear on the other side of the very large building. Once there you line up and wait for your time to be called. You are officially told that you can not be admitted late, although I’m pretty sure I saw several tardy people being admitted. Still, best not to test it.

Before the tour proper, you get to meander through the entrance hall, which is full of fun information and displays about the history and methods of producing currency. You walk through the history of the BEP, from it’s creation and early equipment to the modern methods of fighting counterfeiting. It’s worth taking extra time to look around in here.

Around your tour time they will gather everyone and force you to watch a movie…oops, I mean regale you with a delightful film about why the BEP is so important. It is a reasonably short film.

Unfortunately I have been sworn to secrecy on the entire process.

No, not really, although photos were absolutely not allowed in the manufacturing areas so you will have to take my word on it for this part.

The real tour walks you through viewing platforms above 4 or 5 different rooms where actual U.S. currency is being printed. The money goes through several steps including multiple inks, raised type, and cutting huge sheets of bills into gradually smaller units. The entire tour is overlooking a whirring, churning, manufacturing floor–it is definitely not just for show. That’s why there are no tours on weekends, it would be pretty boring if no one was working.

The day we visited they were making $5 bills and there were stacks and stacks of them. The final room, where the money is sorted, stacked, and spot-checked for problems, contained literally millions.

I do not lie to you, so I won’t start now (or have I already…you’ll never know). It was not a thrilling tour of the intricacies of making money. It was, however, fascinating from a production and security standpoint. I also stood in awe many times at the sheer amount of money. My kids were kept interested for the 20 or so minutes that we were above the floor, mostly by the massive machines. The tour also moves quickly–you aren’t in any one spot more than the time it takes for the guide to explain what is going on. That’s also good when with children. As any good tour does, this one ends in a gift shop. There were 3 things I actually enjoyed about this particular gift shop, which is also the visitor center:

1) The room was awesome–the shop is in the former lobby of the 1915 neoclassical building and it’s huge ceilings and marble coated floor and walls are striking.

2) The displays continue in the visitor center, including display cases of actual bills throughout the years. There were some crazy bills that I though were jokes, such as the $10,000 bill–I’m still not sure that’s real.

3) They are super-creative with their wares. From bags of shredded (real) money to giant (fake) coins to calendars to pens to…just about anything they could slap currency on. They have a lot of interesting, if kind of tacky, items.

So, Should You Do It?

Yes, especially if you are visiting in the off-season. It was interesting enough, didn’t take up hours of our time, and–most of all–was a unique experience unlike that you get anywhere (except maybe Fort Worth). It’s also mere blocks from both the National Mall and the Tidal Basin, yet it is a relatively off-the-beaten-path tour that should slide onto your list.

3 thoughts on “Washington DC: Bureau of Engraving and Printing Tour”