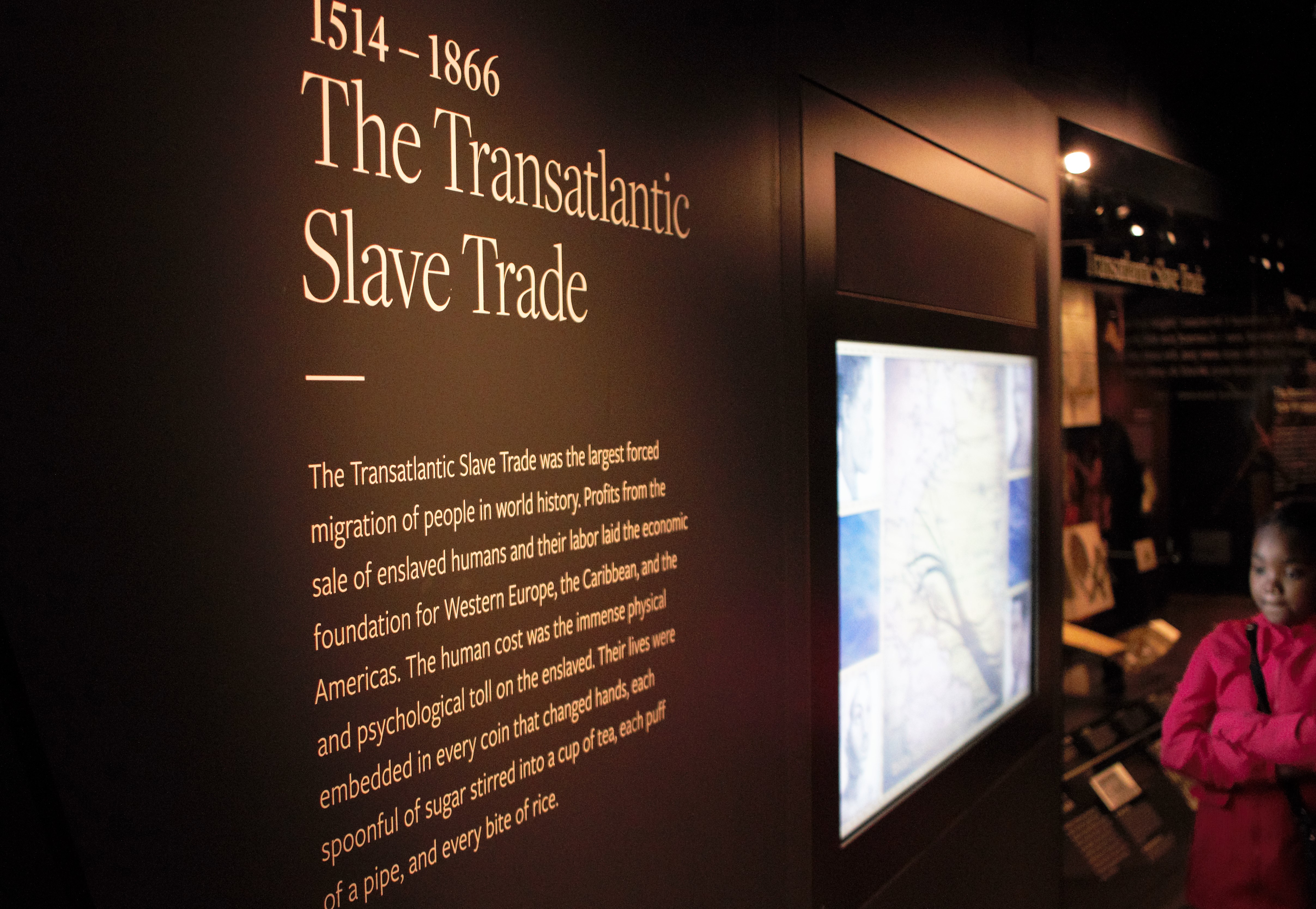 A few weeks ago I had the chance to visit the brand new National Museum of African American of History and Culture (NMAAHC) — the latest of the many Smithsonian museums in Washington, D.C. The very short version is that I loved it; I was very impressed with the content and the layout.

Of course, I’m not here to give you the short version. I have a lot of thoughts about…well, everything. I even have a slick video (if I do say so myself) at the bottom if you’d like to see the museum in motion.

For now, however, let us start at the beginning…

Getting Tickets and Getting In

The overwhelming popularity of the NMAAHC led the Smithsonian to give out timed entry passes for the September 2016 opening. The passes went so quickly that they expanded them out a few months. Then, those flew off the proverbial shelves too, leading to the African American Museum being the hottest ticket in D.C. If you visit the museum’s website as I write this, tickets are gone through March 2017 and April through June are not yet available. The passes are free, just like admission to the museum (and all Smithsonian museums), but you’re not getting in without one. The website says that same-day tickets are made available at 9:15am, but that’s not really the whole truth.

The day I visited the museum there was a long line of people standing in the rain. Before getting in the line I asked a worker if that was where I should be. It turns out that was the line for same-day tickets. By dumb chance I had two extra tickets, and was introduced to my two new family members–the two at the front of the same-day line.

Yes, that’s correct, if you wait for same-day tickets (as the two women who entered with me had done since 7:30am) you have to hope that someone isn’t using some of their entry passes. Hardly an ideal system. Once you get in the ticketed patron line everything moves as usual: ticket scan, security, entrance.

The Museum’s History and Design

As you approach the NMAAHC, you will obviously notice that it is not the typical granite and marble structure that you see on some of its neighbors. The building was designed by the son of a Ghanaian diplomat, David Adjaye, to evoke the three-tiered crowns used in Yoruban art from West Africa.

The exterior lattice “pays homage to the intricate ironwork that was crafted by enslaved African Americans in Louisiana, South Carolina, and elsewhere.” I, personally, do not love the exterior of the building. From the inside, however, it is fabulous.

The central shaft overlaid by a corona is a classical Greco-Roman form of architecture. What it means for this museum is that they can place all of the exhibits in the center, leaving the walkways airy and open. There are also strategic breaks in the exterior lattice that allow great views of the National Mall and surrounding areas. As you can see, it was pretty miserable weather when we were there, but I imagine the sunlight streaming through the lattice would also be very nice. Unfortunately I won’t be able to tell you for a while because I can’t get any more timed passes until the spring.

With this museum, what you see isn’t all that you get. It actually descends three stories into the ground to tell the full history of African American strife, strength, and resilience from slavery through the present. To enter the galleries you board a large elevator that passes scrolling dates, taking you back in time several hundred years to when slavery first began in Africa.

Before I give an overview of the galleries, let me point out that this should be your first stop. I did this as soon as I entered and was one of about 15 in the elevator. By the time I exited a few hours later the line extended throughout the adjacent hallway (as pictured). Next time I passed this way it was even longer.

The History Galleries begin like any museum, with display cases telling the story of how and why slavery came to be and how slaves ended up where they did. After you get through one or two rooms, you begin to see what really sets the NMAAHC apart–powerful, multimedia exhibits that overwhelm you with structures, video, sound, and stories. By the time I got into the room with the pieces of a slave ship (featured in the below video) I knew I was in for an awesome experience.

As you get to the period where anti-slavery sentiment builds, the room suddenly opens up into a massive, multi-level showroom featuring statues, full-sized slave cabins, a train car, and a biplane overhead. The statues you can’t help but encounter highlight one of the most respectable traits of the NMAAHC: it’s willingness to tell the truth. It tells both the good and bad stories on all sides. In this case, the story involves Thomas Jefferson, who is the front statue pictured. Behind him are those that fought him the hardest about slavery; and those bricks…those represent all the slaves owned by Jefferson.

As you move into the post-slavery America, it doesn’t get any easier. The museum walks you by linear displays dealing with violence, segregation, and stereotyping–but also the good people that helped fight against those things. You end this section with a fantastic representation of the Greensboro Lunch Counter protest, where the actual counter is an interactive touchscreen allowing you to look at other such protests.

The last section of the History Galleries is a smaller area dealing with the past few decades, from hip-hop to Oprah to President Obama.

I’ve said it a few times already, but this is one of the most overtly interactive museums the Smithsonian has done. The second floor, in fact, is full of exploratory exhibits that are all interactive. There are tables that let you look up African American family history, a wall that lets you explore cultural milestones, and even a car with an interactive windscreen.

The highlight, at least for this observer, was the step dancing exhibit that allows you to join in. I didn’t get a chance to try it, but just watching two girls dancing along was fun. Check out my video below to see them in action.

Moving up to the third floor brings you to the Community Galleries. Displays here cover a wide range from military service, activism, achievements in various careers, and noted entrepreneurs.

As an avid sports fan, the highlight for me on this floor was the Sports: Leveling the Playing Field exhibit. Not only do they expertly tell the stories of the athletes, but the area is loaded with memorabilia.

You begin with the Olympics and move into a display telling the stories of the first (or most notable) African American athlete in just about every sport. Branching off of that hall are separate rooms dedicated to baseball, football, basketball, and boxing. It is a nice mix of triumph over adversity and a celebration of some of the greatest athletes of all time.

The top floor is dedicated to culture, an area of African American life–like sports–that everyone is familiar with. Walking into the gallery you enter a circular room with small exhibits ringing the outside and a massive set of video screens above your head. The rooms off of the circle are dedicated to art, acting, and music.

Like the sports gallery on the floor below, the acting and music sections are immediate draws. Both are celebrations of African Americans in culture with more memorabilia than you can comprehend all at once. From clips of TV and movies to Axel Foley’s jacket to Halle Berry’s Academy Award, the acting area brings nonstop memories.

The star that I’ve been building to, however, is the music room. Entering smack into Chuck Berry’s cherry red Cadillac El Dorado sets the tone nicely. That tone is carried through with an astounding collection–mostly supplied by the artists–accompanied by more video and music being piped from seemingly everywhere.

The anchor on the far side is the Mothership used by George Clinton’s Parliament. Seemingly every musical style gets its own small area and you will be hard pressed not to smile in this section.

On the lower level of the building (near the entrance elevator to the History Galleries) sits the Sweet Home Cafe, a large eating area specializing in southern food, soul food, and just generally good food. The menu was designed by Executive Chef Jerome Grant–the man behind the very good food court at the National Museum of the American Indian–and consulting Chef Carla Hall of Top Chef and The Chew fame.

Much to my boss Len Testa’s dismay, I didn’t try everything on the menu. What I did try was the BBQ Buffalo Brisket sandwich (pictured) and the Smothered Turkey. Both were very good and a much higher quality than you find at any other National Mall museum (excepting the aforementioned American Indian cafe). With the Sweet Home Cafe a success, that brings the total of Mall lunch spots we recommend all the way up to 2.

I’m going to do my best not to get preachy at the end here, but it’s hard not to see the profound nature of the story this museum tells. As a white man, I didn’t expect the National Museum of African American History and Culture to be about me, and it isn’t…to its great success. What it is about is America, specifically a crucial side of America that I had only skimmed the surface of. The museum is a beautifully constructed collection that ran me through a gamut of emotions..and I can’t wait to see it again.