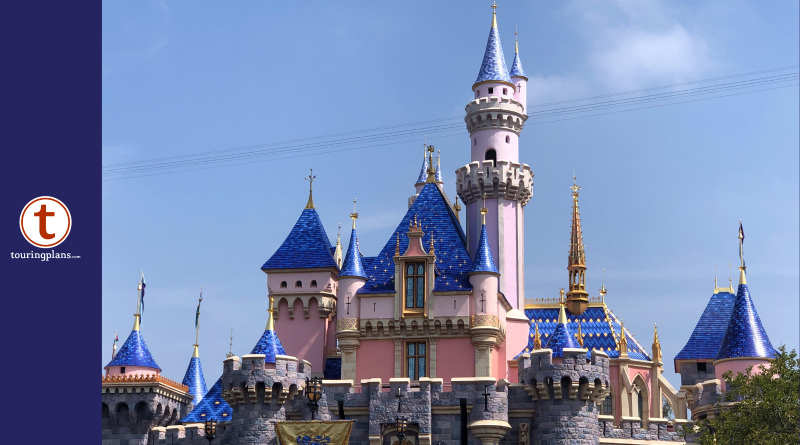 It has never happened before: Disneyland is closed on its anniversary date of July 17. It feels very strange that Disney fans aren’t able to honor the theme park that changed the world by being in its presence, especially with the younger sibling, Magic Kingdom, being open.

If you are visiting Walt Disney World’s Magic Kingdom anytime soon and wish to pay homage to Disneyland, the Happiest Place on Earth, here are 10 ways to honor Disneyland’s anniversary while visiting the Magic Kingdom.

1. Appreciate the Roy O. Disney statue at Town Square – This statue is a special sight that does not exist in any other Disney theme park. So if this is something that is exclusive to Magic Kingdom, what does it have to do with Disneyland? It is said Disneyland is Walt Disney’s park, and Magic Kingdom is Roy’s. Walt did not live long enough to see any other theme park besides Disneyland. And it was Roy O. Disney, his older brother, who came out of retirement to make sure Walt’s dream of Disney World came true, and it was Roy who made sure it was named Walt Disney World.

2. Admire the Main Street USA windows – The tradition of honoring personnel who had a positive impact on Disneyland started with Walt Disney himself. This tradition has been carried on for decades in Disney parks across the globe. Admiring these windows is a great way to reflect on where it all started and how many people have contributed to the Disney legacy.

3. Hop Aboard Prince Charming Regal Carrousel – The story goes that the idea for Disneyland came to Walt as he sat on a bench while his daughters rode a carousel in Griffith Park in California. He wanted “an amusement enterprise where families could laugh and play together.” There is something so charming about a regal carousel spinning in the shadow of a grand castle.

4. Lift Your Spirits at Haunted Mansion – The original Haunted Mansion at Disneyland went through one of the longest developments of any attraction at a Disney park. It began development while Walt was alive, but he passed away in 1966, and Haunted Mansion did not open until 1969. While Magic Kingdom’s Haunted Mansion has lots of differences from the West Coast original, a visit to the Mansion is still a great way to pay homage to the original.

7. Sail Toward Adventure on the Jungle Cruise – It’s fun to think about the history of the Jungle Cruise. How Harper Goff drew the pathway of the ride with sticks in the dirt. Or, how there really weren’t all that many animal animatronics to be seen during the first few years of the ride. It’s such a charming attraction that gives me 1950s nostalgia feels, yet is still funny and relevant in this modern age.

8. Hear the Birds Sing Words in Walt Disney’s Enchanted Tiki Room – The history of the tiki room at Magic Kingdom is a little patchy. In the 1990s this classic, albeit long-in-the-beak, attraction was revamped to include new music, and Zazu from The Lion King and Iago from Aladdin. Most Disney fans did not like the idea of this classic attraction’s takeover. After all, Walt Disney’s Enchanted Tiki Room was the first Disneyland attraction to use a true audio-animatronic system. A fire caused the attraction to temporarily shut down a few years ago and when it reopened the Tiki Gods celebrated because it was returned to its original state.

9. Take a Cruise Aboard it’s a small world – The attraction that is home to everyone’s favorite song was not part of Disneyland’s opening day line up. But, it’s a small world represents an era in Disney history in which the financial future of the company was essentially saved thanks to its involvement in the 1964 World’s Fair in New York. The team at Disney created several exhibits and attractions through important corporate sponsorships. These deals gave Disney much needed cash flow and new attractions to bring back and install at Disneyland to create renewed interest in the park.

10. Admire the Welcome Plaque at the entrance to Main Street Station – The best way to cap off a visit to Magic Kingdom filled with homages to Disneyland, is to take a moment and admire the welcome plaque. As you enter the archways on either side of the Main Street Station, you’ll notice a circular plaque hanging above. It reads: “Here You Leave Today And Enter The World Of Yesterday, Tomorrow And Fantasy.” This plague is rectangular shaped at its original location at Disneyland. Seeing at Magic Kingdom brings warmth to my heart as I think about the spirit of these two magical parks.

How are you marking this special Disneyland anniversary?