It's been a little over a month since my last visit to Disneyland, and I'm currently suffering serious withdrawal from my fuzzy friends. No, I'm not talking about the man-sized mice mascots, as much as I love Mickey and his menagerie. It is the actual animal inhabitants of Disneyland that I miss the most.

Many repeat resort visitors have an attraction that they insist on experiencing on every single visit to Disneyland. Some guests don't consider a Disney day done until they've taken a trip on Space Mountain or Peter Pan's Flight. My wife won't leave the park without at least one visit to the Enchanted Tiki Room, and I'm personally partial to a day-ending adventure with Indiana Jones. But if there is one place that I find myself more often than any other, it has to be the Big Thunder Ranch.

This hidden treasure of Frontierland, tucked along the path to Disneyland, doesn't receive the foot traffic or popular acclaim of its similarly named neighbor, the Big Thunder Mountain Railroad. Most people who stumble into it are probably hungry for barbecue at the adjoining open-air eatery, or hunting for Billy Hill and the Hillbillies at their summer home on the Festival Arena stage. Nonetheless, the Big Thunder Ranch lands on my must-see list by virtue of its petable population. Petting zoos are a staple of regional zoos and state fairs; no matter how small your hometown, there's probably one near you. There's even a petting zoo at Walt Disney World's Animal Kingdom, though its remote location (a railroad ride is required to reach it) makes impromptu visits inconvenient.

What makes the animal encounter at Disneyland so special, aside for the meticulous theming of its surroundings, is the unexpected oasis of authenticity that it represents; in a sea of high-tech hyperstimulation, the ranch is a calm quiet refuge of reality where you can retreat and recharge. The first animals you'll encounter upon approaching the ranch are its most famous residents. From 2005 through 2009, the Presidental turkeys “pardoned” each Thanksgiving were sent to live in a Disney park. The birds currently on display at the ranch entrance were given their reprieve by President Obama in 2009, the last year Disney participated in the tradition.

Once inside Big Thunder Ranch's fence, you'll find stalls to your left that are usually occupied by donkeys and cows. Between the stalls stands Miss Chris's Cabin, a lovely little log shack in which to cool off and admire some of Walt Disney's equestrian memorabilia. This area is especially attractive during the Halloween season, when skilled pumpkin carvers decorate the yard with their ornate creations. During Christmastime, Santa holds court here, posing for photos. On your right as you enter is the heart of Big Thunder Ranch, the pigmy goat pen. Goats may have a reputation as smelly, aggressive can-eaters, but the ones that live at Disneyland are amiable, affectionate, and (for the most part) inoffensively odiferous.

There are almost always at least a half dozen of the pint-sized creatures waddling around, clambering on wooden barrels or napping in the afternoon sun, and all acquiesce easily to a scratching beneath their bearded chins. Each goat has its own identification collar (most are named after Disney cartoon characters) and the employees are quick to point out their individual quirks.

Though all the goats are adorable, My favorite pair by far are “Lilo” and “Stitch,” twin brother and sister with unmistakable pale-blue eyes.

You should be aware that the animals go to bed by dusk, so the Ranch ends operations in late afternoon, well before the rest of the park closes. It goes without saying that you shouldn't feed anything to these animals (they are provided with balanced diets by their Disneyland keepers) and always closely supervise your kids as they interact, as much for the animals' safety than your chidren's. Be certain to make use of the sanitation station on your way out; the hand washing instructions may seem like overkill to adults, but they can be an opportunity for discussing hygiene habits with children. In recent years, rumors have made the rounds regarding Big Thunder Ranch complex being razed and replaced by a massive new attraction. That would make economic sense, since it is one of the last under-utilized locations left within the perimeter of Disneyland park.

It would be a terrible shame, however, if Disneyland's most lovable residents were permanently displaced. Here's hoping that no matter what happens in the future, my four-legged friends will be around for years to come, making the Happiest Place on Earth a little happier…and hairier. All photos by Seth Kubersky unless otherwise noted.

Disneyland Debate: Where Do Billy Hill and the Hillbillies Belong?

Disneyland vs. Disney World Attractions: Pirates of the Caribbean 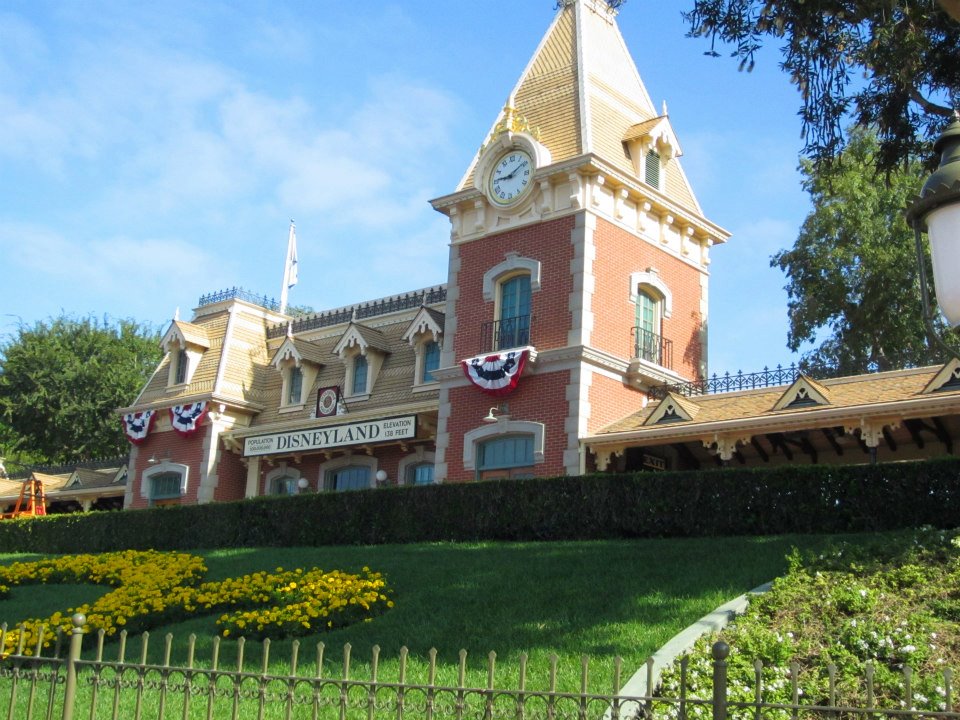