If you’ve been following us at Touring Plans for a while, you already know the first and most important step on any Disneyland itinerary: arrive at the front gate early (at least 40 minutes before opening during busy seasons) with your tickets in hand.

But what do you do first once you’re through the turnstiles? People have their own traditions for where to head first at the Happiest Place on Earth. Here are five of my favorite ways to kick off my day at Disneyland Park.

Most visitors sprint past the antique vehicles that toddle along Main Street USA in search of swifter thrills. But if you are in a rush to ride rides, consider rolling up to the hub aboard the horse-drawn trolley. Sure, you can probably walk faster than the trolley travels. The real attraction, other than saving a little shoe leather, is the likely presence of the Dapper Dans, who regularly perform their first set of the morning hanging off the sides of the trolley. The Dapper Dans are one of our favorite Disneyland acts any time of day, but sitting in the middle of them on a rolling stage is a unique quadrophonic treat that you can only experience in the a.m.

Get A Cup of Coffee

I’m including this entry in preemptive tribute to my favorite soon-to-be-extinct shop on Main Street USA. The Market House has been a Disneyland staple for generations, know to regulars as the best place to get a cup of coffee inside the park. Brewing their own tasty bean blend, rather than the awful Nescafé served (until recently) in most Disney eateries, the Market House even offered a rare Disneyland freebie: unlimited same-day coffee refills with your receipt, a caffeine junkie’s dream come true. Sadly, the Market House, along with the collectibles shop adjoining it, will shortly be shuttered and gutted to make way for a Starbucks franchise, similar to the one found on DCA’s Buena Vista Street. When it re-opens later this year, you’ll still be able to get a cup of (overpriced, over-roasted) java, along with quick-service snacks, but don’t expect any free refills.

As soon as you enter Disneyland, you are likely to run into a menagerie of oversized cartoon creatures roaming around Main Street’s town square. If you are lucky, you may be able to simply walk up to the costumed characters and snap some puctures without much hassle.

On the other hand, you may face substantial queues for these early a.m. encounters during busy periods. If lines are long but your kids are itching to meet Mickey, take the first railroad train of the day to the Toontown Station, where you’ll find the Big Cheese in his elaborately designed house and “movie barn.”

Ok, so the real reason you got the kids up early wasn’t to stop and smell the roses around the Partners statue; you want to be the first one in line for your favorite rides. Our premium Touring Plans are time-tested to help you experience the most popular attractions, and our Lines app can help you customized the most efficient path to your personalized picks.

The mountains (Space, Splash, Big Thunder) are primary destinations for many, but my first stop when I want to hit the park’s highlights in a Peter Pan’s Flight. If you position yourself along the rope to the left or right of the Partners statue, and walk briskly (don’t run!) across the drawbridge when the rope is drop, you can be among the first few guests of the day flying off to Neverland. Pan is Fantasyland’s most popular dark ride among all ages, but it has a low capacity and doesn’t offer FastPass, so your momentary wait at rope drop will become a half hour or more within minutes of opening.

From there, I like to ride Mr. Toad or Alice in Wonderland, use the single-rider line for Matterhorn Bobsleds, and collect my first FastPass of the day at Space Mountain or Star Tours while while waiting standby the other. Attractions on the west side of the park either offer single rider (Indiana Jones Adventure, Splash Mountain) or have high capacities (Haunted Mansion, Pirates of the Caribbean) so I usually save Adventureland and Frontierland for later in the day.

If you are a) visiting Disneyland this spring, and b) bringing a female child under the age of 15, you’re going to want to put the park’s newest addition at the top of your priority list. The Fantasy Faire, which overtook the placid Carnation Plaza Gardens adjacent to Sleeping Beauty’s Castle, includes a storytelling stage show, snack vending, and some animatronic surprises. But the headliner attraction is the Royal Hall, home to Disney’s insanely popular, paparazzi-posing, autograph-signing princesses. Fantasy Faire opened on March 12 (with Annual Passholders previews offered the prior week), and we can safely predict it will quickly become one of the park’s top draws. The former Princess Royal Walk, relocated last summer to the small world mall due to the Fantasyland Theatre’s renovation, regularly received some of the longest wait times in the park, as does Tinker Bell’s Pixie Hollow meet & greet. So if your kid (or you) wants to meet Fantasyland royalty without wasting hours in line, you’ll want to line up along the left side of the hub and hustle straight towards the the garishly colored awnings upon rope drop. 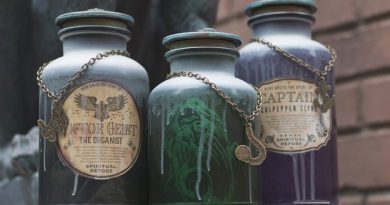 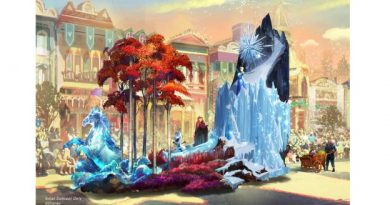 Magic Happens Parade to Debut at Disneyland in February 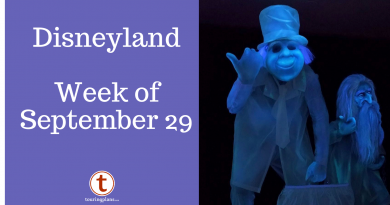