Between the Epcot International Food & Wine Festival and its newly expanded Flower & Garden Festival, it seems like Walt Disney World gets to have all the fun where cultural celebrations are concerned. But last week the Disneyland Resort announced that it would soon be getting some international excitement of its own.

For the weekend of May 25-27 (10am to 6pm daily), Opa! A Celebration of Greece will bring authentic Greek music, dance, art, food, history, and more to both parks at the Disneyland Resort. Activities will take place in both “it’s a small world” Mall in Disneyland park and Paradise Gardens in Disney California Adventure park.

At “it’s a small world” Mall, you can expect to enjoy: 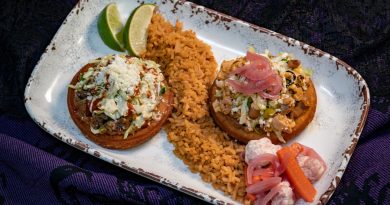 One thought on “Opa! A Celebration of Greece Coming this May to Disneyland Resort”