I am a sick man . . . I am a chicken man. An unthrilled man. I think my liver hurts. As I desperately tried to dream up viable excuses to get me out of the Seven Dwarfs Mine Train queue and into the relative safety of Fantasyland, the most theoretical and intentional of all the lands of the Magic Kingdom, it occurred to me there was nothing to be done. My best excuses failed on my tongue; my apprehensions about the looming thrills of this new experience rendered me dull, sheep-like, and sadly unconvincing. My wife—excited for an opportunity to actually experience some of Disney World’s more exciting offerings for once—would hear none of it. I had a job to do, and to be honest, even I wasn’t persuaded by my pitiful excuse for excuses.

Chickens don’t fly you see, or at the very least they shouldn’t. Ask any chicken; you’ll get no argument from them. In fact, all you’ll get is a blank stare, as they will typically refuse to dignify such a question with any response. It’s not so much flight, however, that is the problem, as much as descent—rapid, gravity-enforced, stomach-churning descent. That is the problem. For I myself and my fine-feathered fellows suffer from an over-acute consciousness of inertia. The laws of nature give me offense, but only those times when my slight frame is cast violently against them. In my heart, I have never been a chicken, though I constantly turn chicken in reality when it comes to attractions of the so-called “thrilling” variety.

Apropos of the Last-minute Change

The morning of my Mine Train adventure started off innocently enough. We originally had FastPass+ reservations for 10:40 that evening, which meant I had a full day at the park before my date as the (dis)honorary 8th dwarf, “Queasy.” Of course, that also meant 10:40 would hang over my head the entire day like the sword of Damocles. It gave “FastPass+ reservations” a new meaning, as I now had a whole host of them concerning our scheduled date with the Doc, Grumpy and the others.

Before rope drop, a cast member polled the large gathering of guests pooled at the entrance, in an informal effort to ascertain which attraction we planned to visit first. When a practical paucity of people professed their intentions to visit the Mine Train, my wife suggested we alter our plans and head there first. Although my instinct is to doubt the integrity of claims made by large groups of people, I nevertheless assented—anything to remove that ominous, dangling blade from above my head, even if it meant bringing it down upon me sooner than later. Feeling reasonably confident of my survival, getting the experience over with seemed a logical decision. However, it also made the reality of my impending peril that much more palpable.

Fortunately, what transpired next had the unintended effect of mitigating my sense of dread, or at least putting it off until we reached the entrance of the attraction. I’m afraid the Morning Stampede, something we assiduously avoid thanks to Touring Plans and my chickenness, comes out none too well in my recollections. I lovingly refer to it as ten minutes of torture. Of course, that’s not fair, as it is something of a misnomer, as the stampede probably lasted no more than six minutes. It’s hard to say how long it truly lasted, what with my life flashing before my eyes a few minutes earlier than I had anticipated. It’s not that interesting a story either, so needless to say, I wasn’t looking forward to watching it a second time once I began my Mine Train adventure.

After being pushed aside without warning or explanation by the lesser known and wildly less-popular dwarfs, “Shovey,” “Pushy,” and “Stampy,” we at last arrived at the entrance of the Mine Train. As we moved through the desolate, early morning queue, I attempted to make note of the fun little diversions put in play to pass the time, but we were moving too quickly, and my mind was already thoroughly diverted.

In the past, my experience with attractions whose intent is to provide some measure of thrills has been one of blissful ignorance or muted optimism, and then later shock and horror as I realize too late the fate that has befallen me. I’ve been told more than one occasion that an attraction really wasn’t “as bad” as I imagined, my companions not realizing how prodigious my proclivity for imagination happens to be. In nearly every one of those occasions, the experience had been much worse than their assurances. Of course, were my imagination truly great, I’d have come up with a better set of excuses.

From the screams I overheard as we approached the boarding area, I was forced to conclude that mankind is in love with suffering, to the point of passion. After all, it’s not like they got onboard expecting a gentle, relaxing ride. No, people seek out these kinds of attractions for the enjoyment of that sickly sensation that produces screaming. If they wanted a scary adventure where no one screams, Snow White’s offering would still be around, but nobody wanted to sit through that; not even I.

Once safely inside our mine cart, we were whisked out of the mine and down a short, curving drop and to my surprise and great relief, my stomach remained steadfastly seated in its proper place. My greatest shock was just how smoothly we moved along the track. Our cart glided along with such ease that my jaw unclenched a little, and my death-grip on the safety bar relaxed, but not to the point of letting go.

We climbed our first peak, a relatively small one to folks accustomed to these sorts of experiences, but it may as well have been Everest. The riders seated in front of us, far more given over to the moment than myself, threw up their arms in an effort to drink in as much thrill as possible, but I would not play along. For me, the immediate fruit of inertia is consciousness, usually of my stomach clawing to get to safety. I folded my arms in conscious protest—granted, in my mind, as there was no way I was going to let go of my death-grip. Again, I was taken aback not by gravity-induced discomfort as I expected, but by the mildness of the descent. As relieved as I was, my skeptical self stiffened in anticipation of the big thrill I imagined we must be building toward.

As we entered Diamond Pass and returned to the mine, we were welcomed by the happy little dwarfs singing their happy little song and dig dig digging their whole day through. For a moment, I was drawn in and sang along, blissful in my ignorance, but never truly at ease. Then I spied the next peak, one even higher and more imposing than the first. At once, the happy little tune in my heart turned bitter; I looked on my dwarfen companions with contempt and loathing, and wondered how anyone else could possibly not feel the same way. Why were the little miners so happy? I imagined it was because of the terror they were about to inflict upon me and my poor, unsuspecting stomach.

Mockery now dripped from their song as we climbed and climbed and climbed. My own song turned to self-mockery, and burst forth, unrestrained, from my lips, echoing every “heigh-ho!” with “oh-no!” It was a sublime moment, and one I cursed myself for enjoying. Deep in my heart I suppose, it was difficult to accept my suffering. And if a person can’t mock himself, then where’s the fun?

We fell from the summit and from what I could tell from my half-opened eyes, our descent was in fact more of the same mildness as before. The track, it seems, was designed to take advantage of the mine carts novel tilting vehicle design, and as such we were subjected to a bounty of turns and bends but virtually nothing of direct drops.

We disembarked and at last I was free to assess the experience and perhaps enjoy it for the first time, now that the thing was known to me. My stomach, throughout the entire experience, remained quietly ensconced in its proper place without the least bitterness or protest, none the worse for wear and maybe even a little peckish. As we entered back again into the chaotic, but now peaceful flow of Fantasyland, I found myself considering the possibility of future visits to the Mine Train and not growing faint at the thought of it.

My rating scale for chicken-related thrill tolerance is one to five chickens–five being the most stomach-churning. Note: unless something very wrong happens, there will be no 5-chicken reviews. I’ve been on Tower of Terror once and it very nearly ruined my honeymoon. For the Seven Dwarfs Mine Train, it gets my best rating – 1 chicken.  Something tells me, however, it’s all downhill from here. Literally. 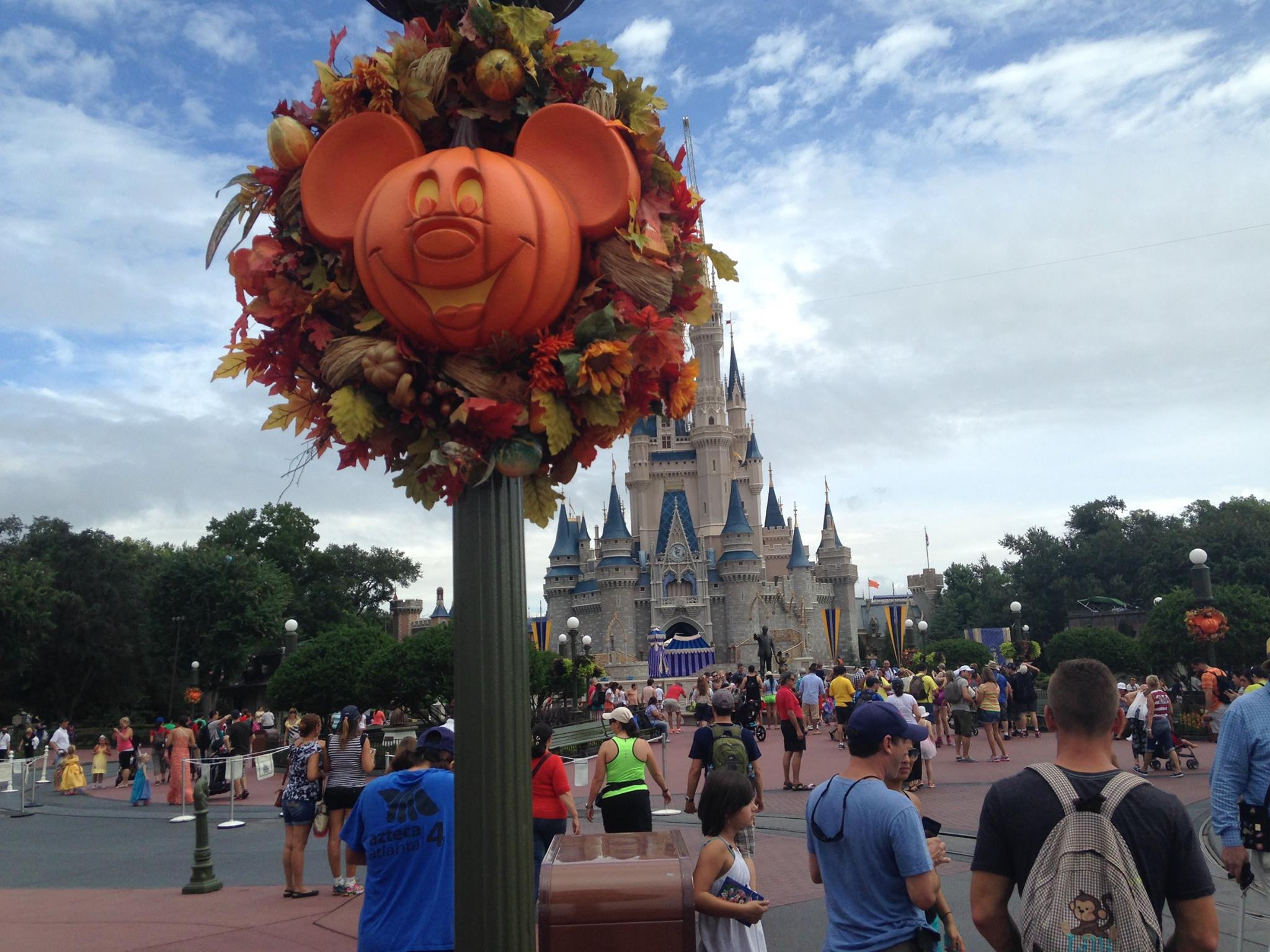 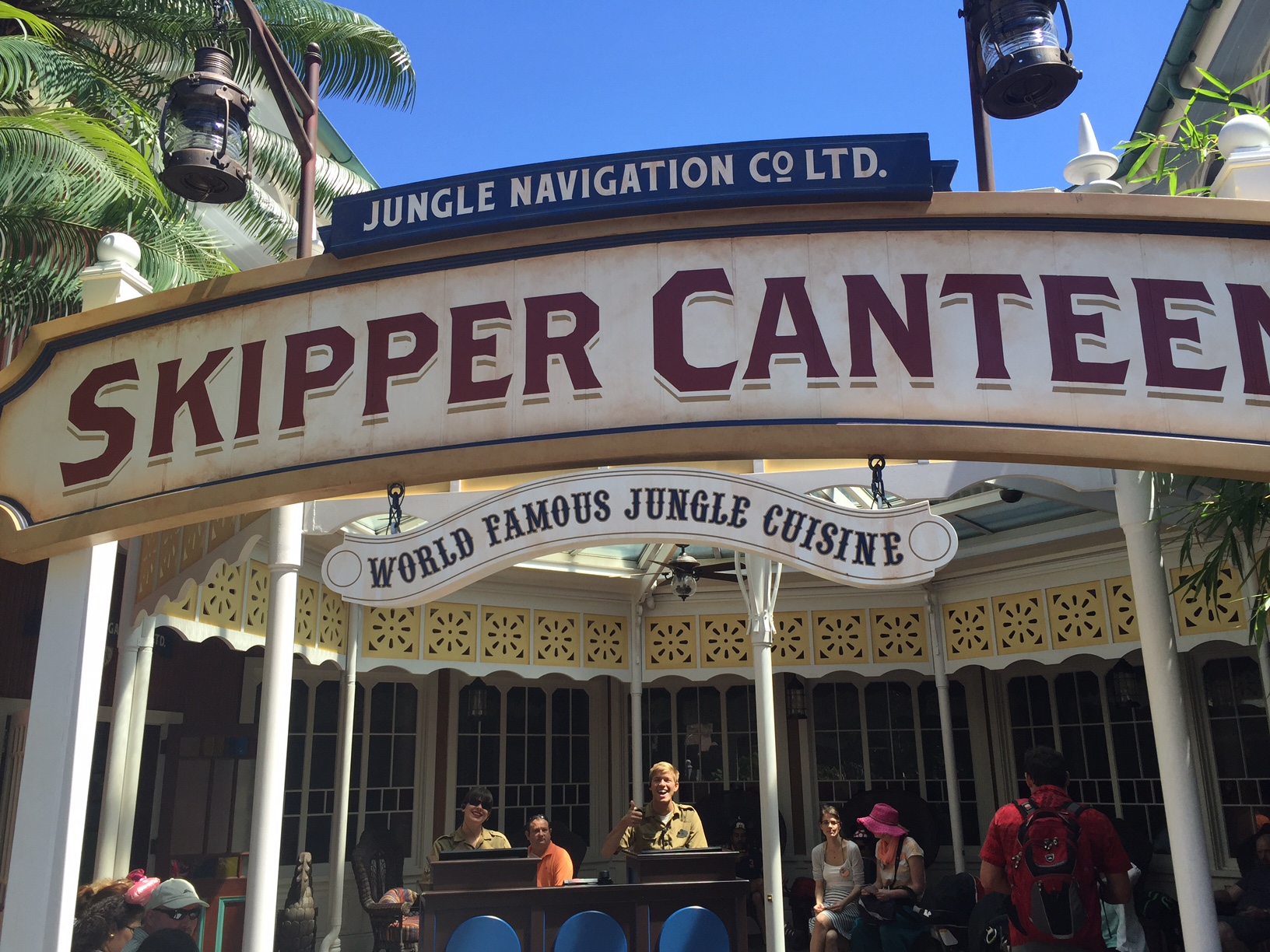 42 thoughts on “Notes from Underground: A Chicken’s Review of the Seven Dwarfs Mine Train”