While it may well still be sweltering outside, the time has come for us all to start thinking about…Christmas. That’s right, nothing says preparing for the Holiday Season like knowing the second you step outside, you’re going to need to take another shower. However, for those who are eagerly planning a vacation for November/December, this is, of course, one key piece of news you’ve been waiting for.

You see, the dates for The Osborne Family Spectacle of Dancing Lights, which takes place annually at Disney’s Hollywood Studios, have been released! This season’s event is scheduled for Friday, November 7, 2014, through Sunday, January 4, 2015. (Note that – barring changes to park hours – they will be unavailable on December 10 since the park is scheduled to close at 6:00 pm.)

The dazzling showcase of festive lights takes place on The Streets of America. Guests marvel as they walk along, gazing up at the beautiful lights, made even more spectacular when they start to blink and dance to the musical tracks.

In addition, introduced last year and continuing this year, guests who purchase Glow With The Show ears will see them interact with the lights as the ears have been programmed to light up, both matching the colors of your surroundings and flashing to the beat of the holiday music.

For those who are unaware, the Osborne Family Spectacle of Dancing Lights started modestly in Arkansas as each year, Jennings Osborne and his family set up an elaborate collection of holiday lights. Over time, the collection of lights grew until 1995, when the lights were brought to Walt Disney World Resort.

The event is included in the price of your admission to Disney’s Hollywood Studios. 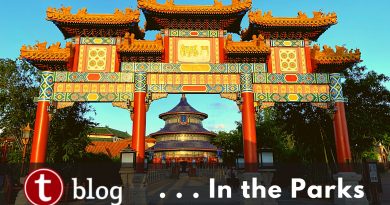 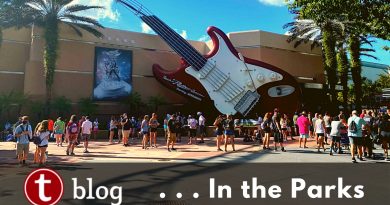 Gearing Up for Another Busy Weekend at Walt Disney World