Ed. – if it’s August, it must be Halloween in Central Florida. Today we’re running this article on Walt Disney World’s Mickey’s Not-So-Scary Halloween Party, along with one on Universal Orlando Resort’s Halloween Horror Nights and Busch Garden’s Howl-O-Scream.

Not into the dark side of Halloween? Fake blood, chainsaws, and people chasing you not your thing? Although Halloween is usually associated with these things, there are still some of us innocent hearted individuals that prefer the Halloween of our youth: carving pumpkins, dressing up as our favorite cartoon character or super hero, eating caramel apples and drinking apple cider, and my all-time favorite the glutinous event of trick or treating. There was just something about knocking on the door of family and friends dressed as a smurf, hobo, Raggedy Anne, or whatever other thing my mother concocted that made my heart beat with delight. Waiting ever so patiently while grandma oohed and aahed over me, all the while wondering with childhood anticipation what goodie she was going to place into my plastic pumpkin. Sometimes it was raisins (oh granny, what a great sense of humor you have) and sometimes it was a whole regular size candy bar (jackpot!). Either way, it was my reward for this one night of joy.

Although I am much older now, I still get that giddy feeling each year as Halloween approaches. We carve the pumpkins, we eat the caramel apples, and yes, we dress in costume and still partake in the sugar rush frenzy of Trick or Treat; although now we are the ones passing out the goodies and oohing and aahing over all the little darlings that knock on our door and yell a boisterous “Trick or Treat”. Except when we visit Walt Disney World during the Halloween season; it is then that we can fully return to our youth and experience Halloween as we did as a child with the wondrous Mickey’s Not-So-Scary Halloween Party (MNSSHP) at Magic Kingdom.

At the end of August, going into September, the Fall Decorations come out at the Magic Kingdom. The hub area in Town Square is decorated with Citizen Scarecrows and the summer foliage throughout the park is changed out for more Autumn related plants such as mums and grasses that look like mini corn stalks. The banners that decorate Main Street are now white, yellow and orange instead of the patriotic bunting that decorates the area during the spring and summer months, and you can also find pumpkins adorning the rooftops along the way. It is evident that autumn has arrived at the Magic Kingdom.

But on select nights starting September 1st and going through October 31st, the decorations are enhanced to include friendly little ghosts, festive wreaths, and Disney character jack o’ lanterns. This is Mickey’s Not-So-Scary Halloween Party: a hard ticket event that runs 7pm – midnight during which guests are encouraged to dress up (rules do apply) and become a kid again. Yes, the Halloween decorations and being able to dress up as Vanellope Von Sweets may set your heart a pitter patter, but MNSSHP is SO much more than that.

Arrival at the Party

Although the party officially starts at 7pm, guests can enter the park as early as 4pm with their MNSSHP ticket and will receive a special event wristband. Entrance at this time will not count as a day’s park ticket and will get you 3 extra hours in Magic Kingdom to experience attractions. With the introduction of the new Fastpass+ system you will be able to secure ride times during these first three hours only. Once the actual party starts (7pm) all attractions are standby only, but with controlled crowd numbers, wait times are usually much less than during the day. One important note: not all attractions are open during the party, but you can rest assured that the most popular ones are (unless down for scheduled maintenance).

As you enter the park under the train station, be sure to grab a special event park map and time guide. It will help you locate which attractions and food locations are open, along with where special party events such as dance parties and parades will be located. Also on this map you will find the most important piece of information; where the trick or treat stations are located throughout the park. Usually after you step out of the entrance tunnel, you will find Cast Members handing out bags for Trick or Treating. These are free and you should be sure to get one (adults are just as welcome to them as children). It will definitely come in handy later as you make your way around the park.

What you do next depends on what you are most interested in experiencing; attractions or characters. It is a hard choice. In the past, we have opted to skip the characters and focus our time on attractions. However, Disney has really stepped up their game in the character department with the introduction last year of Jack and Sally from the Nightmare Before Christmas, and this year I think we will focus more on characters.

Although the event map is a wealth of information, the one thing it has lacked in the past is information on where the character meet and greets are. We always just seemed to happen upon them. But, with some research ahead of time, you should be able to plan where each character will be. Planning ahead will be a must if you want to see Jack and Sally, as the line for them gets long very quickly. Some other elusive characters that have appeared at MNSSHP in the past are: all 7 Dwarfs together, the Queen of Hearts, Dr. Facilier, Lotso, and the Tremain family. Of course, this is just a sampling, and this year’s characters have not been leaked yet.  One of my favorite sources for character locations is Kenny the Pirate, whom always just seems to know.

Other character interactions include the Dance Parties. This year there will be two: the Villains Mix and Mingle located in front of Cinderella’s Castle, and the NEW Club Villain located at the Diamond Horseshoe Saloon in Frontierland. You will need to check the event map for specific times. Music is pumped into the area as guests are invited to dance along with Disney characters, in these cases, villains. The interaction is great. The characters make their rounds though the crowd, dancing with everyone. But, if you crave more interaction, hang around after the dancing ends. The characters will receive guests briefly.

Need a sugar rush after all that dancing? It might just be time to find some of those trick or treat locations. Check the map. You will also find signs lighting the way to your trick or treat trail.   After walking down a small queue area you will find at least two Cast Members handing out candy from large rolling tubs. The selection varies each night, and there usually is no chance of the supply running out. In fact, it has been our experience that more candy is passed out towards the end of the party than at the beginning. We have even experienced Cast Members handing out more candy as we went out the gates at the end of the night.

One of the highlights of MNSSHP is the Boo To You parade. Of all the Disney parades I have ever experienced, this is by far my favorite. There are generally two parade times: 8:15 and 10:30pm, with the latter being the less crowded. The characters all come out in costume for their float ride down the parade route, while the parade’s Boo To You song is infectious and will get stuck in your head. As with most Disney parades, you will need to claim your viewing spot early. Even if you are not that into parades and would rather be off riding Space Mountain, at least be there for the beginning when the Headless Horseman rides. You won’t be sorry. I also suggest sticking around for the Gravediggers who put on an electrifying act. And if you are going to stay that long, you may as well stay for the Goofy end.

Each night at around 9:30pm Oogie Boogie and friends treat guests to Hallowishes, the nightly fireworks extravaganza. Cinderella’s castle is lit with eerie colors, pyrotechnics fill the sky, and remixes of each featured villain’s theme song accompanies the show. It is quite the switch from the heart tugging Wishes that is featured most nights in the Magic Kingdom, but equally as good.

How to fit it all in!

With so many different things to do and see at the five hour party, you may be asking yourself how you fit it all in. Well that’s where the Touring Plans come in! Check out the following suggested plans that fit your situation, and be prepared to have a ghoulishly good time.

As with any Disney event, there will be exclusively themed merchandise available for purchase only during the party hours inside the Magic Kingdom. Historically there have been T-shirts, pins, canvas tote bags, ear hats, and even vinylmation. Displays are usually located near the registers. Check the Emporium on Main Street for the best selection.

This party is a crowd favorite and some nights do sell out in advance. Check crowd calendars for predictions if you are concerned and buy your tickets in advance, either by phone (407-939-1289) or online. You can also wait and buy your tickets at the gate, IF the event has not already sold out. It is better to play it safe and buy in advance though. Tickets bought within 10 days of the event may be picked up at Will Call, or you can do the print at home option. ***note: with the introduction of My Disney Experience and the Magic Bands it is not clear if the paper ticket will be necessary for park entry. Ticket purchases do show up in your My Disney Experience, but I recommend printing the tickets and taking them along just to be safe.

Tickets range in price from $62 – $77 per adult and $57 – $72 per child depending upon the date you wish to attend, and are non-transferrable / non-refundable. Select dates offer Annual Passholders and DVC members a discount on tickets bought in advance.

Still not sure if you want to attend one of the Mickey’s Not-So-Scary Halloween Parties? Maybe this will change your mind. Hope to see you there! 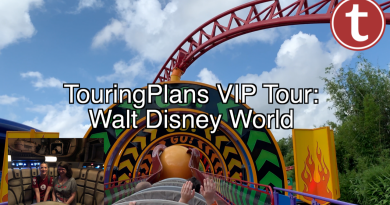 Be Our Guest Restaurant To Accept Reservations for Lunch 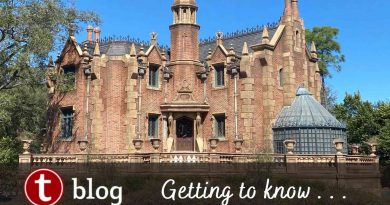 10 thoughts on “Boo to You: Mickey’s Not-So-Scary Halloween Party (MNSSHP)”