Running a theme park has to be a dicey experiment. The more a park works to stay current, the older the older attractions tend to look. While many attractions retain their charm throughout the years, many others tend to feel dated pretty quickly. Attendance drops, lines decline, and parks decide to refresh the attraction through refurbishment, rebuilding, or demolition. Today, let’s look at a few Disney and Universal attractions, and throw them down in a Friday Face Off – Aging Attractions. Universal’s Jurassic Park River Adventure vs. Disney World’s Dinosaur and the recently-deceased Maelstrom.

First, I’ll beat the dead horse that was Maelstrom. Relax, people. Relax. Don’t get me wrong: I’m disappointed that Maelstrom will be re-created into a Frozen attraction, but I don’t think it’s any great loss. Those crying over its demise will no doubt rue the day that Captain EO eventually is mercifully put out of its misery.

On a side note, I truly believe that Disney Cast Members are punitively placed to work there. I mean, how COULD this be such an epic failure? Spielberg? Coppola? Space? Michael Jackson? Dancing? Puppets? I can remember being there in 1986 – sporting the mullet, most certainly, and seeing the preview posters for the upcoming Captain EO film, and being disappointed that Captain EO didn’t premiere until that fall. We were out of the Disney World environment until 2009, when we saw Honey, I Shrunk the Audience. Then we returned in 2013 for our visit to the Return of Captain EO. Let me tell you how that trip went.

When we entered the queue area, we encountered the most seriously working – and for the most part completely clueless – Cast Member employed at the Disney World property.

We entered the area, and she kept chanting to the audience, “FILL IN ALL SPACE! MAKE ROOM FOR EVERYONE TO GET IN!” Now, this was the busy season, but even my children were rather clued in to the fact that this show was going to have more than a few empty seats. She then began chastising every guest who wanted to sit or lean anywhere. And when we entered the theater, we were sternly reminded to move all the way down – don’t leave ANY open seats! The pre-show began – and she read – in halting, saccharine faux enthusiasm – the pre-show announcements. Even my eight-year-old began laughing. Of course, when the show began, all of us began to cringe. I could see it being revitalized some day as a participatory event – much like The Rocky Horror Picture Show – in a few years. But for the rest of the trip, our ongoing joke was that all of the bad employees were to be shuttled off to Epcot to work for MJ…. “Listen, Marjorie. I’m sorry to inform you of this… But we’ve set some goals, and… We haven’t quite reached them… I regret to inform you… That you’ll be introducing Captain EO this fall….”

Epcot is in need of many a renovation. The criticisms of Hollywood Studios are founded, but Epcot has many sections that time has forgotten. Maelstrom was never all that great to begin with. And Disney is trying to strike while the iron still retains some of its heat. Maelstrom went backward. And had trolls. Frankly, Epcot in the back of the park isn’t the place to flock for the thrills. It had the biggest thrills of any attraction in that area. But what, really, are we comparing it to? Gran Fiesta Tour? Reflections of China? Martin Short? It had a hill, kids. And like many of you, we were guilt-tripped into watching the movie the first time on the pageantry of Norway with proud statements on the country. Interesting? Perhaps. But I’m going to get a pastry, instead. Truly, the most terrifying part of the attraction was the man with a thick red beard and wavy eighties hair in the mural over the entrance turning the big wheel to supply oil from the North Sea. Did ANY of us stay up until midnight to reserve our FastPass+ at sixty days out? When it was a level one – did ANYONE really reserve it over Test Track and Soarin’? Anyone ever run into the pavilion years ago, HOPING that a few FASTPASS tickets might be available for a ride on Maelstrom later in the day? Certainly, we got them then. But usually it was for a ride thirty minutes from then. And the FASTPASSes were already gone for Epcot’s big two. The Frozen upgrade might not be everyone’s cup of tea, but it is Disney’s profit machine for now. Certainly the thing needed some upgrading. Upgrading won’t always work – take the Journey into Imagination with Figment, for example. I know that we all wish that the original version could come back – and I remember it with fondness – but it couldn’t survive today.

Maelstrom’s closest comparison could be the Jurassic Park River Adventure. But it’s more of a hybrid between DINOSAUR and Maelstrom. DINOSAUR has crossed over to dated lately. Phylicia Rashad’s haircut, at minimum, needs a serious upgrade. It does still have the greatest Orlando photo location, placed just at the moment a dinosaur pops out to the right of your vehicle. On our trip in 2013, our youngest, who still loves dinosaurs, buried her face into my wife’s lap. Even though it has crossed over its best days, it still packs a good punch, even if just in the pop from its perhaps impending doom. Usually the lines are shorter, but much of the setup is excellent. I know that DinoLand U.S.A. breaks the model Animal Kingdom – and I don’t really get it – but the land commits to its setup. DINOSAUR crosses back over into a pretty tasteful setup, and treats the topic area with reverence.

The film before can be silly if seen under current eyes. Really? You think it’s a great idea to bring a dinosaur back on a time travelling car with all of us? Nice move. No, that’s stupid. Where would the thing fit, anyway? Sure – we’ll put Aladar in the back seat of this thing. But after the initial film, it really works. I love the spikes of heat and cold in the time travel sections. It started out more intense – and to confess, I don’t remember its less-intense version, but it seems to balance the intensity with the reality that I don’t want to have an additional protein spill in the car. The use of alternating darks and light hide the dinosaurs and their rubberized faces. While the dinosaurs at Universal are probably more doom-causing, the spikes of fear bring great terror. My six-year-old loved dinosaurs – up until her ride on Dinosaur. My older kids weren’t scared, but were betrayed just a bit by the ride photo. They were, however, terrified of their trip on the Jurassic Park River Adventure.

Jurassic Park River Adventure sets a great tone. My daughters hadn’t seen Jurassic Park yet, so the adventure was a real parallel to what the real park may have been like. The trip starts with a quick lift up a hill, and then a left turn around into the large doors of the park. Quick improvement? Give me about five more seconds before the launch of each new vehicle. It would also hide the boat ahead of me just a little. Turning the corner and seeing the doors close again gives just a little away. The float through the park with the dinosaurs is great – just hide a few of the platforms that the dinosaurs are connected on. Muddy the waters, maybe? One other criticism? Maybe put more of the playful dinosaurs causing us to go off track a little more. Wave? Crash? Right before the boat goes off-track, the playful dinosaurs leap around. What if right when a dinosaur poked its head up, it could be followed by a push of a wave that would hit the boat into the ‘restricted’ area. Then, we could really float off into the new section. Perhaps even have some tiny dinosaur biting the top of the rail, loosening a lock or something. Each time we rode, we just seemed to be following along the path – and although I know where we were going, it could have been masked a little better. Here’s a place where Disney’s Dinosaur certainly wins out. The voice over continuing along a path that we never follow? Great touch. This sold my kids. My wife even confessed that my middle daughter was terrified. I had previewed the attraction with my youngest daughter, knowing that DINOSAUR was such a difficult moment for her. However, my nine year-old daughter – having no clue how or where we were ending up – was terrified. The box that we float under and the escaped small dinosaurs all still pack a great punch. A few of the animatronics of some of the dinosaurs could have been improved – like the sliding ones across the tracks. Does a dinosaur really skateboard to the side of the rail? The final section – directly under the T-Rex? A thing of beauty. I have to confess that I am a sucker for great sound – and it was boisterous without blowing out the speakers. Although a few folds on her neck seemed to be a bit tired, this trip quickly encapsulated the high stakes of the film in a quick snapshot. I don’t know if a hybrid Maelstrom and DINOSAUR attraction would be better – but as is, I would prefer to escape back on the Jurassic Park Ride again. The attraction has been rumored to see a refurbishment in the near future, but outside of the removal of the fantastic gate outside, the complete re-build has been put on hold to put the new Kongfrontation experience in.

When an attraction gets toward the end of a run, a theme park may be faced with tough decisions. Disney World has kept running many attractions past their prime, but often their quaint appeals can survive, and nostalgia can take over. Sometimes, however, a trip down memory lane simply needs to be closed forever. It’s easy to sit back and criticize decisions to refurbish, re-theme, or remove – a theme park can’t always have the luxury of complete vision. Instead of unrealistically remembering, or criticizing – take the time to really remember. Also, take the time to forget, too. Sometimes memories are best left there. Take it from Captain EO. We aren’t always here to save the world.

Kevin has taught high school since 1998, and loved Disney World since a 2009 visit with his wife and three daughters. He loves the planning stages of the vacation, and tends to focus on details (while his wife manages the big picture). He also collects comic books, and sometimes maintains a blog reading them. You can follow my twitter @kevin_m_bastos. 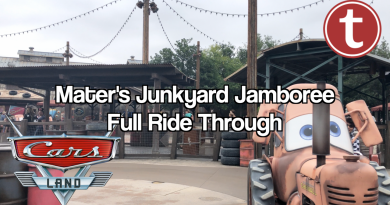 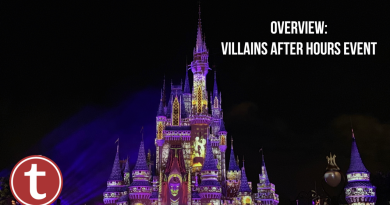