A brand new performing act debuted today at Epcot. Called Sbandieratori Di Sansepolcro, it is a flag-throwing troupe located in the Italy Pavilion. The show, which is set to drums and horns, is beautifully choreographed and involves some very difficult tricks.

This flag-throwing act is the second new entertainment offering to debut in World Showcase, as the park is currently in the process of introducing multiple new live shows. The Canadian Lumberjacks debuted on October 5 at the Canada Pavilion. The other shows that are expected to begin performing soon include a traditional Berber music and dance troupe in Morocco and a Celtic folk music ensemble at the United Kingdom Pavilion.

Although this show has officially debuted, do keep in mind that it is in a “soft opening” phase and that showtimes and show elements could potentially change. 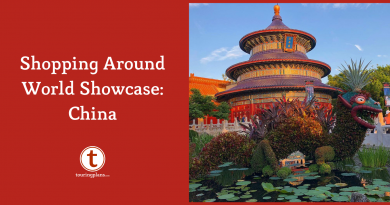 Shopping in the Epcot Countries – Get to Know China