Good news, Frozen fans! Reports say that documents have been filed with the South Florida Water Management District and the Reedy Creek Improvement District that share some new details about what we can expect with the updated Norway Pavilion at Epcot.

The paperwork indicates that a brand new 13,000 square foot building will be added in what is currently a backstage area that is situated between the Mexico Pavilion and the Norway Pavilion. This new section will house the previously announced Frozen meet and greet, women’s restrooms, and more.

For a map overlay of how the project may fit in Epcot, check out Theme Park Insider.

Officially the work indicated will include:

While the full details of the what is in store for the entire area have yet to be announced, Disney has said that the Frozen attraction, which is being built in the former location of Maelstrom, is slated to take guests to Arendelle, where they will be included in their favorite scenes from the movie.

Disney announced in September that the new Frozen attraction and meet and greet would debut sometime in 2016. We’ll keep you updated as more information is released about these new updates to the park.

A Frozen Holiday Wish Debuts at Magic Kingdom (With Video) 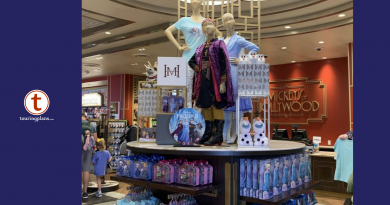