There are so many different classifications one can sort a theme park restaurant into – best themed, best ambiance, best location, best food, best price. But what of the best overall venue, the one that most successfully manages to not only balance all of these different considerations, but to also be more than just the sum of its parts? That would surely be a difficult feat to pull off, and the eatery would probably be jam-packed full of people day in and day out.

With Universal Orlando Resort’s best all-around full-service restaurant, Mama Della’s Ristorante, this is most certainly not the case. Maybe it’s because it’s located at Portofino Bay Hotel, which is tucked away in the corner of the resort. Maybe it’s because it’s overshadowed by a (growing) number of other eateries at the theme parks, from Harry Potter’s wondrous digs to the tasty fast food offerings of Springfield, USA. Maybe it’s just because it’s not Mythos, which has long been considered the best theme park restaurant in the world.

Whatever the reason, Mama Della’s is typically devoid of the long lines and online buzz that is associated with much of the rest of Universal’s lineup, making it a superlative dining experience in nearly every sense – terrific food, atmospherics, and wait times.

The little Italian restaurant may not boast the (wonderfully) over-the-top theming of, say, a carved-out volcano or an all-wizarding pub, but that doesn’t mean it isn’t incredibly immersive in its own, more subtle way. Wander the maze of side rooms, each decked out in a slightly different immigrant grandmotherly way – including lovingly tacky tchotchkes – and you’ll swear you’ve stepped into one of The Soprano’s flashback sequences (just on steroids).

Even Mama herself, in a nice touch, will hang out front, trying to cajole you in her thoroughly Italian-American way to come in and eat (special disclaimer: I come from a large Italian-American family, starting with two grandparents who came off the boat from the Old World in the 1910s, granting me permission to make such comments). And as icing on the (tiramisu) cake, a trio of singers roams from table to table, performing songs that occasionally jump out of the expected range of opera and love songs – including the theme song from the ‘70s Spider-Man television series for the little ones (not that they’ll look up from their phones long enough to either enjoy or appreciate it).

The most important element of any restaurant, of course, is the quality of the food, and here Mama’s certainly doesn’t disappoint. The bruschetta is divine, the pasta – from the spaghetti to the ravioli – is straightforward but hearty, and the desserts are sinful, just as any proper Italian sweet should be. It may not be the greatest culinary adventure you’ll ever embark on (especially with a cuisine that has become so ubiquitous in our culture), and it won’t be the cheapest (although it’s far from being the most expensive – by a long shot), but it’s nonetheless immensely satisfying; after eating at nearly every stop across Universal Orlando, from the parks to the hotels to the nightlife hotspot that is CityWalk, it was Mama Della’s that my wife couldn’t stop talking about.

And it’s easy to see why. The warmth of the food and of the surroundings can’t help but transport you to a rustic – but delectable – time and place, filling you up and putting a smile on your face in a leisurely fashion that screams Old World and is nearly impossible to find elsewhere at the resort.

The wait staff, from Mama herself on down, is warm, attentive, and professional, as is par the course for any establishment on either Universal or Disney property, but their service is infused with a friendliness that one would only expect to find in the family kitchen. It’s more than just the perfect complement to the rest of the dining experience – it’s the highlight of it, providing yet another little touch that makes the restaurant stand so clearly out from the rest of the themed pack.

Going for a birthday or other special occasion is strongly recommended here, as the service gets kicked up yet another notch; free desserts and an extra-lovely serenade from the musicians are common, along with a heartfelt “Buon compleanno!”

Taken with the reserved excellence that is Portofino Bay’s overarching design ethos, Mama Della’s Ristorante’s various elements combine to form a refreshing experience that is hard to come by at any of the other eateries at Universal Orlando – and, just maybe, the rest of Orlando, to boot.

For even more on Mama Della’s, be sure to read our review here. 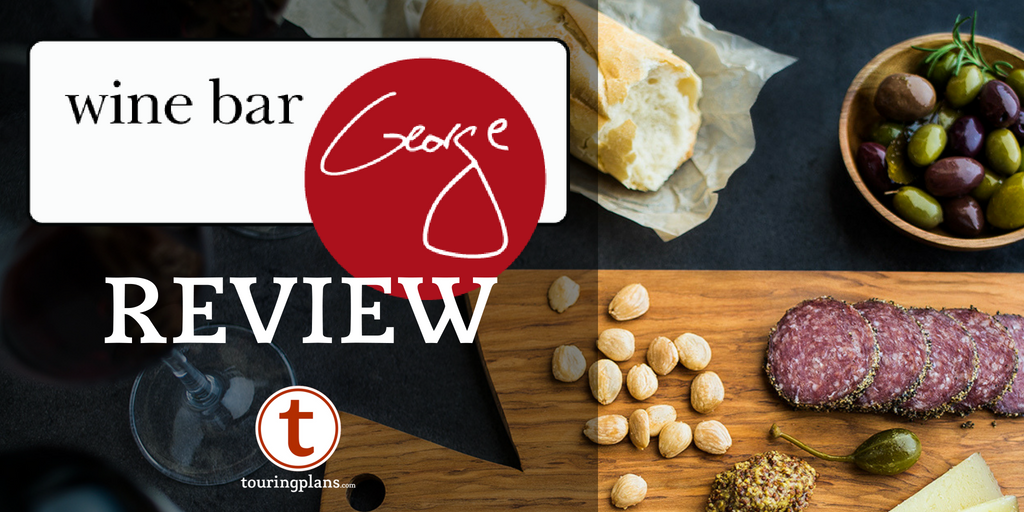 One thought on “Mama Della’s: The Best Full-Service Restaurant at Universal Orlando”