Are you excited about the upcoming film, Tomorrowland? (How can you not be?! It looks fantastic.) Well, if you are anxious about the movie, which stars George Clooney, then you’ll need to make sure to catch the official sneak preview taking place at both Walt Disney World and Disneyland.

For those visiting Walt Disney World, you’ll need to head to Epcot and the Imagination Pavilion. I’m sorry to report that at least temporarily, fans of Captain EO, Hooter, Odie, Idie, and Fuzzball will not get to see the rag-tag band attempt to deliver a gift to The Supreme Leader. The preview for Tomorrowland will be taking place in the Imagination Theater, and will include in-theater effects. (Captain EO will see its last day of operation on April 9.)

Over on the west coast, at Disneyland, guests can go to Tomorrowland (good place for a preview about a movie named Tomorrowland) where they can catch the sneak peek replete with in-theater effects in the Tomorrowland Theater. In addition, in the Starcade, there will also be an exhibit available for guests to enjoy production art and props used in the movie.

The official sneak preview will begin in mid-April (no official date has been announced) and the preview will last approximately 15-20 minutes. Tomorrowland heads to theaters on May 22. 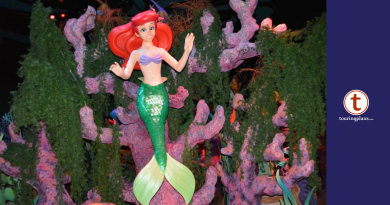 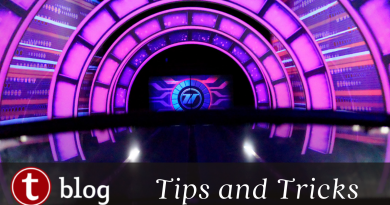