On the one hand, it’s extraordinarily easy to pick The Three Broomsticks as the best quick-service restaurant at all of Universal Orlando Resort – it’s one of the best-themed experiences to be had in the entire industry, generally, let alone a culinary one, specifically. (Of course, the accomplishment is only abetted by Harry Potter’s whimsical mythology and engrossing details, which already does much to transform eating into a magical experience [no pun intended].)

On the other hand, however, it’s a rather controversial choice. First, there’s the little matter of Three Broomsticks’s competition at the resort, which is considerable; everything from the quick-service Fast Food Boulevard to CityWalk’s ever-expanding options to, of course, that other Potter establishment, The Leaky Cauldron, offer compelling reasons – especially of the gastronomical kind – to stay away from the first Wizarding World’s dive.

There’s also the little matter of the restaurant’s menu not being the most expansive, and that the quality of its food, while still substantial, isn’t of the same level as, say, Mythos, Islands of Adventure’s flagship eatery just down the path a ways (though the latter is a full-service stop, which might be comparing apples to oranges).

It’s actually a testament to The Three Broomsticks’s wonderfully addictive atmosphere that the restaurant more than manages to make up for its shortcomings, and that the overall experience truly is greater than the sum of its individual parts.

This is, by far, the biggest reason to pay the eatery a visit. The newer Leaky Cauldron may have more seating and better variety, and the various Simpsons offerings may leave guests more satisfied (hullo, Brain-Freezin’ D’oh-Nut Sundae!), but no eatery truly feels like a jaunt to its fictitious setting than Hogsmeade’s singular restaurant. From its immaculate façade to its animated menus, from its crazily detailed ceiling (it has to be seen to be believed) to the secrets that seem to hide around every corner (watch out for the occupants of the “inn” above the tavern going about their daily routines, including the shadow of one over-worked house-elf), there is truly nothing else like it in all of Orlando.

There’s one other feat that literally puts the establishment into its very own league. When originally approached to help Universal design the first Wizarding World, production designer Stuart Craig, who worked on all eight Harry Potter films, ended up working out the entire layout of The Three Broomsticks (since, at that point, only a precious few shots of the location had been seen on film). When Harry Potter and the Half-Blood Prince (which released in 2009, almost exactly one year before the theme park land debuted) called for more scenes to take place at the tavern, Craig ended up turning back to those blueprints in order to fashion the new sets – meaning that patrons can literally dine in the movie. It is an odd – but extraordinarily wonderful – symbiosis, leading to an immersiveness that is nearly impossible to come by anywhere else.

(Curious as to how The Leaky Cauldron fares in comparison to its wizarding predecessor? Don’t. Though in many ways an upgraded experience, the second Potter eatery is a shockingly sparse affair, missing not only most of the architectural complexities of its counterpart, but also – most tragically – its charm.)

After the feast of the senses that the ambience provides, Three Broomsticks’s food is surprisingly standard – a disappointment that can turn off many and leave a bad taste in their mouths. Still, despite its pedestrian nature (a goodly portion of its menu, for instance, is strangely identical to Thunder Falls Terrace in next-door Jurassic Park), the food is still worth the expense – yes, even at theme park prices.

And the theming does extend somewhat to the culinary offerings, even if it’s mostly from the world of everyday British fare instead of exclusive wizarding delicacies (look for more of those in Leaky Cauldron): the shepherd’s pie, rotisserie-smoked chicken platter, and, of course, fish and chips offer a slight step up from the obligatory burgers and hot dogs found at most theme park cafeterias, and author J.K. Rowling’s strict ban on no soda in her magical lands actually allows for some surprisingly refreshing offerings, from cider to Pumpkin Fizz and, but of course, Butterbeer, the king of all themed food and beverages.

The breakfast menu is a far more desirable affair, but that may just be a remnant from its formerly invitation-only status (busy season can still see sold-out affairs, but diners during slow season can come and go as they please in the mornings). Smoked salmon, black pudding, and English bacon are the name of the game here, and they can help start off a day of themed adventures like few other experiences can.

Lastly, no survey of The Three Broomsticks’s merits would be complete without mentioning the contiguous Hog’s Head Pub, a little sliver of a bar that offers a small lineup of beers – some exclusive to the Wizarding Worlds – frozen Butterbeer, and a nice little Easter egg that has to be seen to be thoroughly appreciated.

Being a counter-service eatery, there is very little service to speak of, but that, of course, doesn’t stop the waitstaff from being appropriately polite and cheery, perfectly capturing the part of English wizarding folk. And though The Three Broomsticks doesn’t feature the newfangled, magically captivating RFID tags of either The Leaky Cauldron or, even more impressively, Be Our Guest – which allows servers to pinpoint your location, no matter where in the restaurant you sit – the first Harry Potter eatery does employ a friendly feature that does much to streamline the overall experience: an employee guides your party to a table for you, helping to keep things decidedly more orderly (and not to mention civil).

In the grand scheme of themed restaurants, The Three Broomsticks not only stands out as an evolutionary harbinger, but also as the pinnacle of quick-service escapism. Its unique relationship with its source material makes it literally one-of-a-kind, and the magic it produces in guests goes far beyond the deliciousness of frozen Butterbeer or the fancifulness of its décor.

This is one stop that is not to be missed.

(Want even more Universal Orlando culinary goodness? Be sure to check out our look at the resort’s best full-service restaurant.) 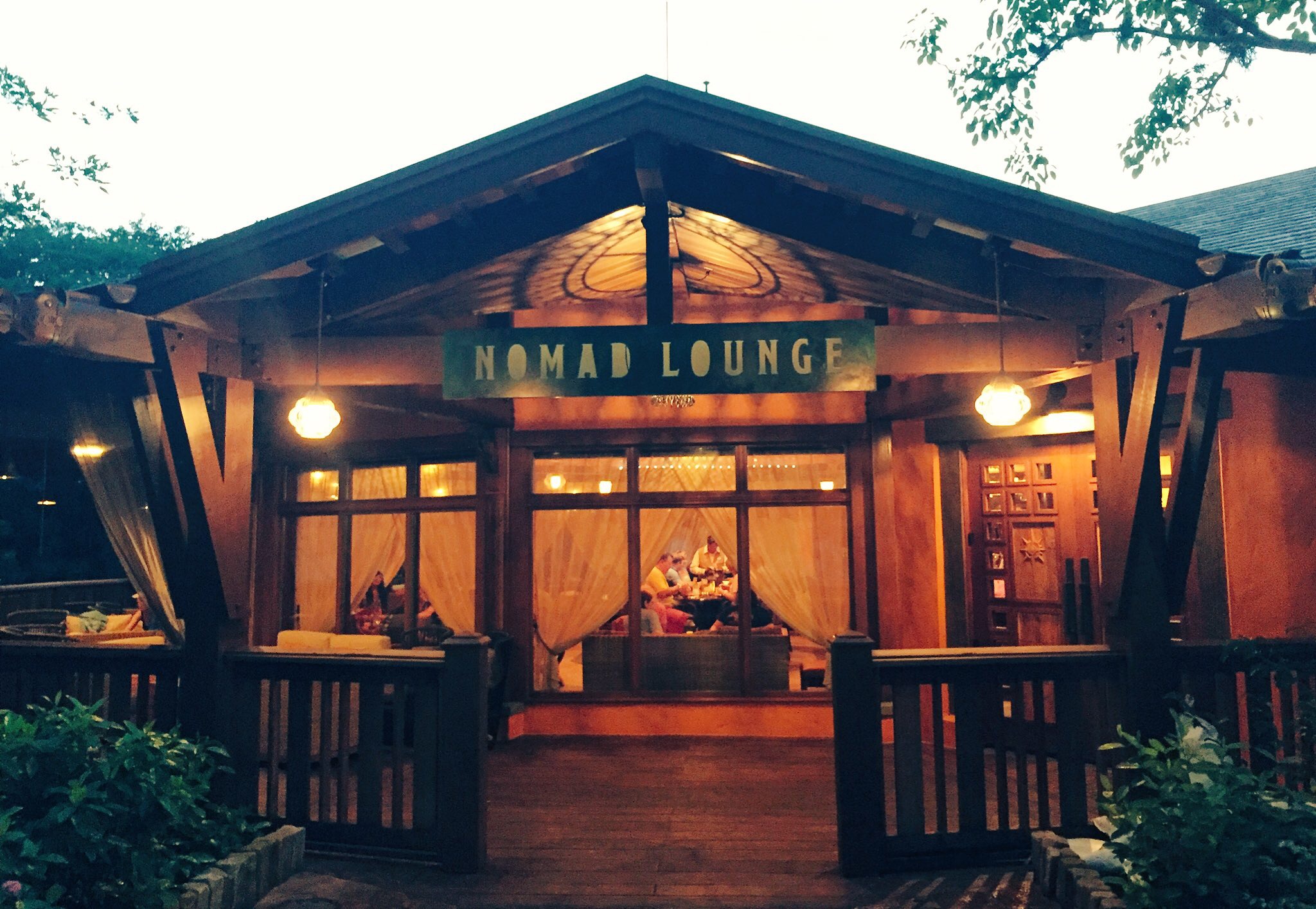 Nomad Lounge is now better than ever before

One thought on “The Three Broomsticks: The Best Quick-Service Restaurant at Universal Orlando”