While washing after dinner dishes, I allow my brain time to wander.

Re-reading that first sentence, it makes me sound exactly like Cinderella. Do I have a future of being a Disney Princess after all?! Ahem, anyway….

Often, my mind will start planning future vacations. Where does it go approximately 99% of the time?

My imagination starts at the entrance of Magic Kingdom. I hear the whistle of the steam train and the smell of popcorn. As I walk past Main Street, U.S.A. (stopping to grab Starbucks because parenting), my eyes dart straight ahead to a beautiful structure. A magnificent place I can only ever dream to live inside of: Cinderella Castle.

Four years after the 1955 opening of Disneyland in California, Walt had the itch to create a second park; one with more land to turn his dreams into reality. He settled on Orlando, Florida and began buying up property.

Unfortunately, Walt never got to see his vision come to fruition. After Walt’s death, Roy Disney came out of retirement to oversee the project in an effort to honor his brothers memory.

Construction began in 1967. Along with that came the idea to create another castle, much like Sleeping Beauty castle in Disneyland, to represent Magic Kingdom park.

Cinderella Castle was not inspired by one specific castle, but about EIGHT! Here’s the list and please, let me know if you have visited any of these in the comments.

Chief designer Herbert Ryman referenced the above, as well as the castle from the 1950 Disney film, Cinderella, to create plans for the model. Does his name sound familiar? It might as he also assisted on plans for Sleeping Beauty Castle. To read a history of the Disneyland castle, click here!

Plans were set into motion and after 18 months, the castle was completed in July of 1971. It measures 189 feet tall which is more than 100 feet taller than Sleeping Beauty castle! Ryman and the other designers wanted the castle tall enough to be seen from Seven Seas Lagoon so it would draw guests into the central hub of Magic Kingdom. From there, newcomers would have perfect access to the other lands.

Fun Fact: Ever wonder why the height is specifically 189 feet? The Federal Aviation Administration (FAA) requires warning lights at the top of any structure 200 feet or higher. Both Expedition Everest and Tower of Terror stand at 199 feet for this very reason.

The structure is made of steel (600 tons!) and is secured to a concrete foundation. Although the exterior appears to be made out of bricks, it’s actually a fiber-reinforced gypsum plaster. Yeah…I don’t know what that is either, but apparently the entire building is strong enough to withstand hurricane winds up to 90-110 miles per hour. Fiberglass is found mainly in the upper towers and the roof is shingled in plastic similar to what computer monitors are shelled in.

Like it’s sister palace in California, Cinderella Castle was built using a technique called forced perspective. Features such as doors and windows are full-sized at ground level, but are sized down smaller and smaller the higher up the structure goes. It tricks the eye into thinking those features are farther away, thus creating the illusion of a taller and larger building.

27 towers adorn the castle while 13 gargoyles surround the exterior. The outside was originally painted grey, blue and gold. However, alterations have been made over the years. For the 25th anniversary in 1996, the castle was turned into a pink birthday cake decorated with different kinds of candy. I think I’m the only one who actually appreciated the sugary sight for those 15 months but then again, I love the color pink in any form.

In 2006, the exterior colors were changed to off-white/pink, brown and with dark blue turrets. Three of those turrets are (and have always been) topped with 18-karat gold leaf. Though the the castle itself is a spectacular sight to behold, it’s the the mosaic murals located through the castle archway that are truly splendid. Depicting the tale of Cinderella, the murals were designed by Disney artist Dorothea Redmond and crafted by mosaicist, Hanns-Joachim Scharff.

With a team of six people, it took almost two years to complete these 15 x 10 foot pieces. They contain 500 different colors and are made of venetian glass, smalti, silver and 14-karat gold. Next time you’re at Magic Kingdom, take the time to admire these true works of art. Note that in one scene, one step sisters face is red in anger while the others is green with envy. Cinderella’s Royal Table is housed within the castle. Yes, you can actually eat INSIDE the castle. It is such an amazing experience that includes a special wishing ceremony and the opportunity to meet several Disney Princesses (Read about my experience here)!

Note: Up until 1997, the restaurant was called King Stefan’s Banquet Hall. Why King Stefan invaded Cinderella’s castle when he could have just used his own is beyond me. Greedy, greedy.

A penthouse inside the castle was drawn up in castle design plans so Walt and his family could reside there while in Florida. After he died in 1966, it became a switch board operator center. However, it was renovated in 2005 and became a luxurious two bedroom guest suite.

Yes, as if eating inside wasn’t enough, those lucky few can actually spend the night inside the castle.

Spend. The. Night. In Cinderella Castle.

This dreamland contains a fireplace, beautiful mosaic pieces and French-inspired decor. What I wouldn’t give to step inside for even one minute… If you find a good spot, don’t miss the shows in front of the castle. While Cast Members sing and dance during delightful day shows, nighttime is when the castle really comes to life. Disney uses LED lighting, projection mapping and music to amaze guests with an incredible fireworks display. Seriously, it’s worth closing down the park to see the Wishes Nighttime Spectacular. On calm evenings, you may even see Tinkerbell fly down the castle toward Tomorrowland at about 15 miles per hour!

It’s this attention to detail that keeps guests coming back for more: More memories, more awe and wonder, more magic. No matter how many time I venture to Walt Disney World, I never tire of the stunning beautiful sight that is Cinderella Castle.

What is your favorite Disney castle? Let me know in the comments! 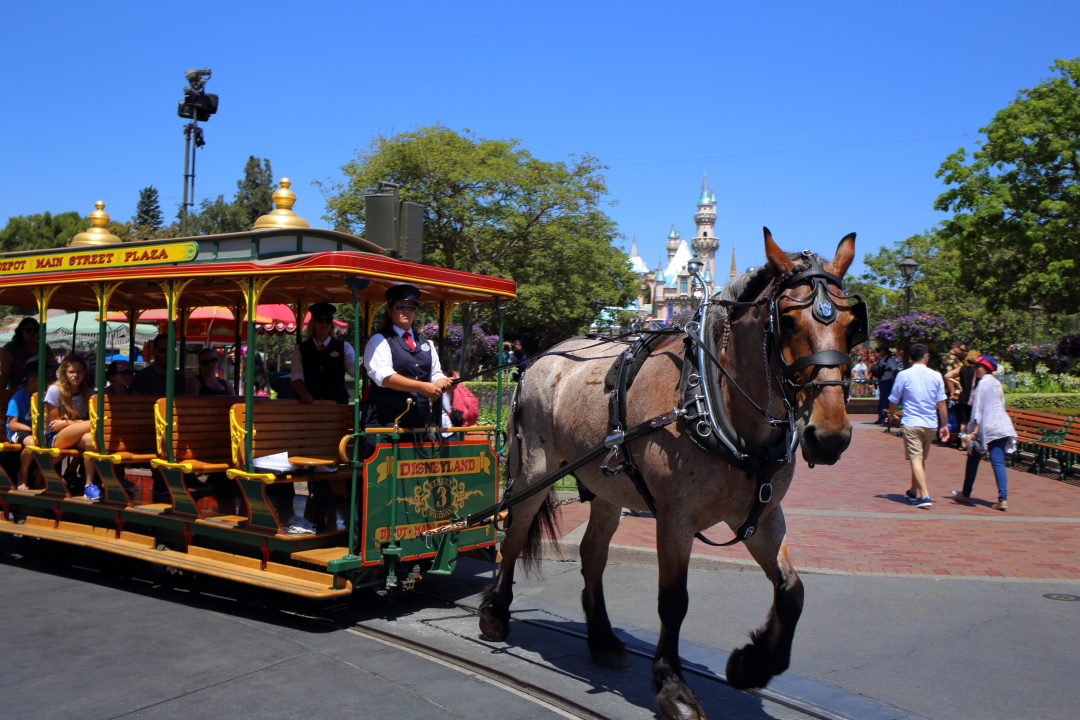