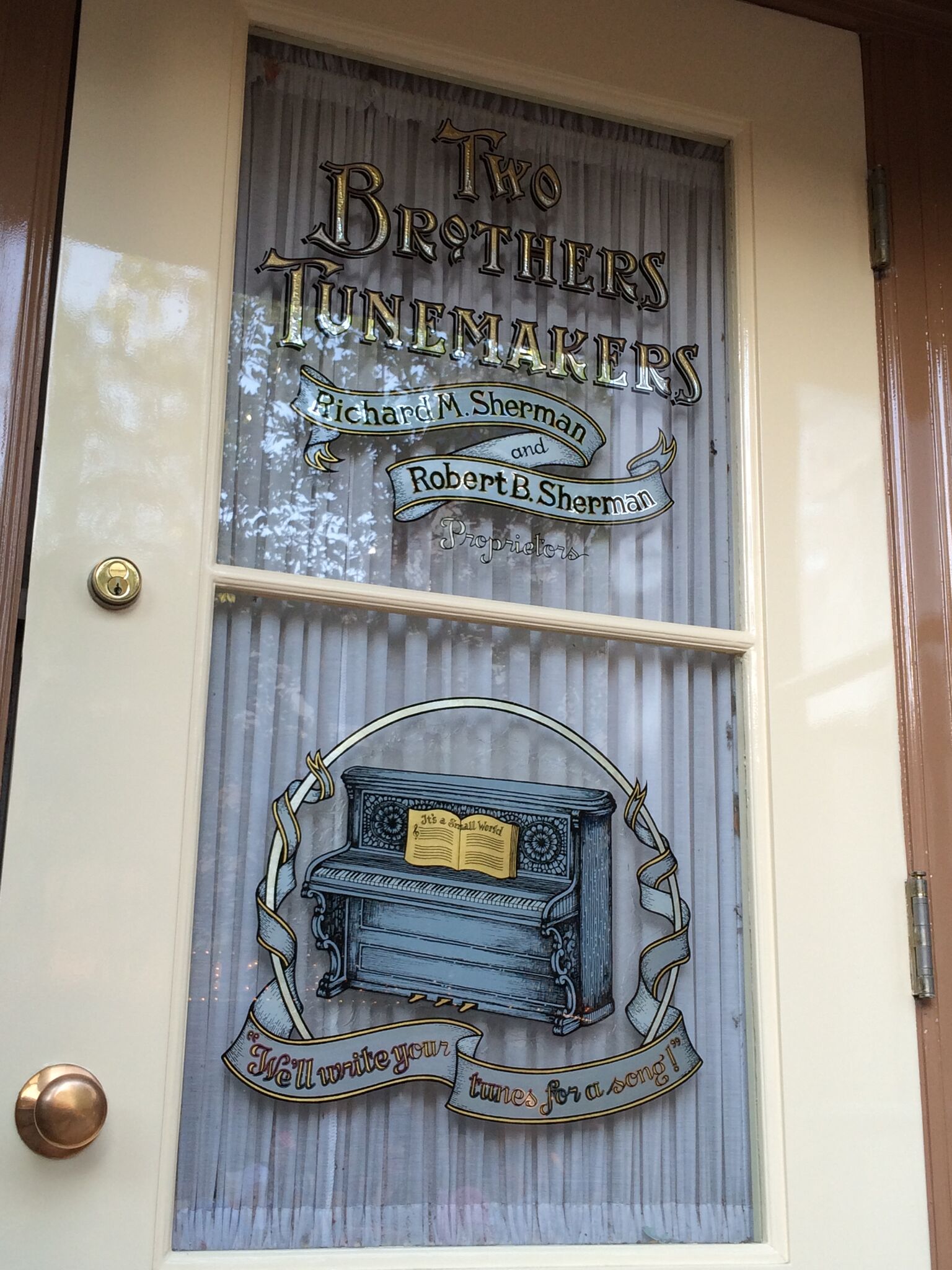 One of the many things I love and appreciate about the Disney Parks is that, while they are constantly evolving and improving, they stay true to their history and even celebrate it; and when I’m at Walt Disney World, I’m always looking for it. Much to my family’s chagrin, I have this inner need to educate them about the history of each attraction we find ourselves waiting in line for or about the individual windows on Main Street, U.S.A., or about the original name of Cinderella’s Royal Table or…well…you get the idea. As you can imagine, this self-pronounced Disney World Historian was beyond thrilled to experience her first trip to the Disneyland Park to finally walk in Walt’s footsteps, a literal treasure trove of Disney History and the original. So stay tuned for A Disney World Historian’s Guide to the Disneyland Park.

There is so much history for the Walt Disney World fan to appreciate on the original Main Street, U.S.A., more than I could ever mention in one article! However, a personal favorite of mine has to be Walt Disney’s Griffith Park Bench found just inside the Opera House. According to Walt, he was sitting on a bench in Griffith Park watching his daughters ride the merry-go-round when he first dreamed up a Disney-themed park where families could have fun together.

One of the most famous, and meaningful, historical details on Main Street, U.S.A. is the light in the window above the Disneyland Fire Department. The space above the fire station was Walt’s private apartment and the light is kept lit all the time in memoriam of Walt. It’s something every Disneyland guest, and especially Disney World Historians, should take note of each time they visit the park.

Lastly, I have to talk about the windows (and doors) on Main Street, U.S.A. Disney World Historians know that the windows above the Magic Kingdom’s Main Street, U.S.A. are rich in park and Disney legend history, and that is certainly true of the windows on Disneyland’s iconic street too. I loved finding the Sherman Brothers’ door, the songwriting duo who wrote the songs for Mary Poppins and park attractions.

While exploring the Disneyland Park, I was surprised to find that the Magic Kingdom’s Adventureland actually has more historical attractions than at Disneyland’s Adventureland. The Magic Kingdom’s Adventureland has the Jungle Cruise, Walt Disney’s Enchanted Tiki Room, Pirates of the Caribbean, and the Swiss Family Treehouse. The original Adventureland at Disneyland, however, only has two historical attractions, The Enchanted Tiki Room and the Jungle Cruise, since Swiss Family Treehouse has been converted into Tarzan’s Treehouse and its Pirates of the Caribbean is in New Orleans Square. But don’t get me wrong! Disneyland’s Adventureland still is brimming with historical details, and one in particular that stood out to me was the Dominguez Tree! The Dominguez farm was part of the land purchased for the construction of Disneyland back in the 1950s. A particular tree on the Dominguez farm, which had been given as a wedding present to the family, was preserved for the family’s sake and is still standing even today! You can find it to the right when you enter the standby queue for the Indiana Jones Adventure. But that’s not the end of the story… Ron Dominguez, of the same Dominguez family, became a character and a ride operator at Disneyland and later Executive Vice President of Walt Disney Attractions. I guess he was the only Cast Member who can say he worked from home!

Disneyland’s New Orleans Square was the first land added after the park’s opening day in 1955 and has never been replicated at any other Disney Park. Yes, it’s one of a kind! New Orleans Square is a beloved corner of Disneyland and is home to two of arguably the most popular and iconic attractions in Disney history: Pirates of the Caribbean and the Haunted Mansion. Surprisingly, when the land opening in 1966, these attractions didn’t exist yet! This is true of Disney World’s version of Pirates of the Caribbean because it didn’t exist either when the park and its respective land opened in 1971.

When exploring New Orleans Square, Disney World Historians should look for the location of the famously exclusive Club 33 Restaurant and the Disneyland Dream Suite, which is the park’s version of the Cinderella Dream Suite at the Magic Kingdom. Although, the Dream Suite is located above Pirates of the Caribbean! Pretty cool, right? Finally, Disney World Historians should pay close attention when waiting for the train at the New Orleans Station. The telegraph message you hear is Walt Disney’s opening day speech!

This is another land that you won’t find at Walt Disney World and it’s one of my favorites! Critter Country was previously known as Bear Country, mostly because of the Country Bear Jamboree. However, Disneyland’s Country Bear Jamboree closed its doors years ago, even though Big Al is singing “Blood on the Saddle” over at Walt Disney World. Today, Critter Country features Davy Crockett’s Explorer Canoes, Splash Mountain, and The Many Adventures of Winnie the Pooh.

When I first visited the Disneyland Park, I was surprised at just how different its Frontierland looked in comparison to Walt Disney World’s, particularly the land’s entrance which looks like a fort! Of the two, Disneyland’s is definitely my favorite. Anyway, while these two versions of Frontierland differ in appearance, of course they have similarities too, such as the Horseshoe Restaurants and Big Thunder Mountain Railroad. The Horseshoe Restaurants, as I refer to them, are Wild West music halls offering entertainment and quick meals in the Frontierlands. The Magic Kingdom’s version is known as the Diamond Horseshoe while Disneyland’s is called the Golden Horseshoe. Disneyland’s Golden Horseshoe is probably the superior of two as it offers hilarious live entertainment courtesy of the Laughing Stock Co., while Disney World’s only has a self-playing piano. Also, the Golden Horseshoe is where Walt celebrated his and Lillian’s 30th anniversary right before the park opened in 1955 and is in the Guinness Book of World Records for the longest-running live stage show.

Secondly, Big Thunder Mountain Railroad sort of evolved out of earlier Disneyland Frontierland attractions, but Disneyland pays homage to its history through the little town your train thunders past. It’s the remnant of attractions who once occupied this space, such as Nature’s Wonderland and the Rainbow Caverns Mine Train. Tracks from these earlier attractions can still be seen along the Rivers of America too! Finally, Disney World Historians who have studied the life of Walt Disney will appreciate checking out the petrified tree displayed down by the Rivers of America. It was a gift from Walt, to his wife, Lillian Disney, which she then presented to the Disneyland Park. As a huge fan of Walt, it was fun seeing something personal from his life present in the park.

Like Frontierland, Disneyland’s Frontierland and Disney World’s are very different; and not just in regards to layout and attractions, but also in atmosphere. I think that Disneyland’s Fantasyland still holds that vintage charm of the early days of the Disney Parks in that it’s cozier, intimate, and truly makes you feel as if you’ve stepped into a storybook. Also, many of the current Fantasyland attractions were operating on the day Disneyland Park first opened to guests in 1955, such as Peter Pan’s Flight, Mr. Toad’s Wild Ride, Mad Tea Party, and Snow White’s Scary Adventures, even though they have been updated or even had a name change since then.

Fantasyland is also home to the famous Matterhorn Bobsleds, an attraction that can be seen from multiple locations in the park and which was added in 1959. Walt saw the actual Matterhorn peak for himself when working on a new film and knew he had to have it in his park. The attraction made roller coaster history in that it was the first tubular steel continuous track coaster. It’s also one of a kind! Yes, no other Disney Park, including Walt Disney World, has the Matterhorn Bobsleds.

Disneyland’s Tomorrowland has changed a lot since the park first opened. In fact, Autopia is the only original Tomorrowland attraction still in operation and the predecessor of the Tomorrowland Speedway at the Magic Kingdom. Disney World regulars may note that the Carousel of Progress and PeopleMover are absent; but the remains of a the classic PeopleMover track still runs above the land. In 1959, the Disneyland Monorail, Submarine Voyage, and the Matterhorn first opened in Tomorrowland and quickly became park icons. Fortunately, they all are still there today, except for the fact that the Submarine Voyage is now the Finding Nemo Submarine Voyage and the Matterhorn Bobsleds is now considered part of Fantasyland. Those who are fans of the Disney World Monorail should absolutely check out the Disneyland Monorail. It has a retro-futuristic different design and seating in the middle of the cars facing the windows. Monorail guests are also still allowed to ride in the front or rear car.

Of course, this Disney World Historian’s Guide to the Disneyland Park has only scratched the surface of all the history packed into the happiest place on earth. But if you’re a walking, talking Disney World trivia book, then these are some of the highlights you must check out Walt’s park. What do you think? What history or historical spots in the park should Disney World fans check out when they visit? Share your wealth of knowledge! 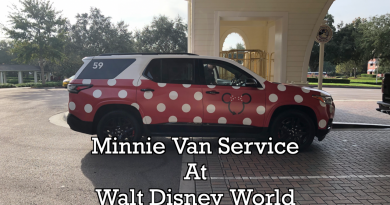