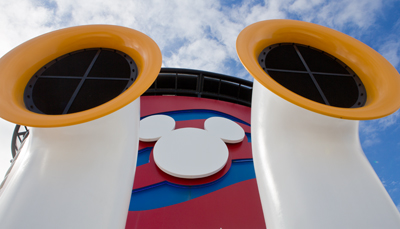 Well 2015 was another great year for Disney Cruise Line!  While there were admittedly a few things that were not popular, the new alcohol policy for instance, there were also some great things that happened!  To me, Disney cruises keep getting better and better.  Here are 10 of my favorite new things! 1. Dream Refurbishment – The Disney Dream came out of a short dry dock in October with some great additions and changes! I covered 10 of them in-depth in a previous blog post. The Dream refurbishment was a huge success in my opinion, and it excited me for a lot of reasons. Disney took a great ship and made it even greater. The Dream was new enough that Disney could have gone in, done a little sprucing up, and everyone would have been perfectly happy. But they didn’t!  Disney isn’t resting on those very substantial laurels they’ve earned, they are constantly learning and improving with their ships. They took the very popular Satellite Falls from the Disney Fantasy and added it to the Dream. They added much needed shade on the top deck after seeing how valuable it was on the Disney Magic. They added Bibbidi Bobbidi Boutique, which began in the parks and worked wonderfully on the Fantasy. They added an all new concept for Disney Cruise Line in Vanellope’s Sweets and Treats Shop and themed it to the nth degree.  Disney took amazing kid’s clubs, which no one was complaining about by any means, and made them even better with the addition of Star Wars and Disney Infinity. They even put work in where no one was expecting it (the concierge sun deck for example)!  Disney under-promised and over-delivered on the Dream refurbishment, and I for one, was impressed.

2. New Itineraries and Ports – Disney keeps trying new ports and itineraries out on us! Which I like! When Disney announced they were going to sail the fjords of Norway and journey to Iceland, there was a booking frenzy.  These sailings booked fast and were very well reviewed by those lucky enough to go.  They were so successful that similar itineraries showed up for the summer of 2016.  Disney also returned to Tortola in 2015 and will be visiting several times in 2016.  2016 has some more great additions—the British Isles cruise is going to be amazing and worth every crazy penny I’m spending on it.  We absolutely loved our cruise out of New York City a few years ago, and I’m thrilled they announced they’re going back in 2016!  Keep ‘em coming Disney! 3. Star Wars Everywhere – Disney Cruise Line took the addition of the Star Wars behemoth to Disney’s inventory to a whole ‘nother level. The most permanent and obvious addition is the Star Wars-themed section of the Oceaneer Club in the new Disney Dream. This area has enough details to make fan boys weep.  A life-size R2D2! Pilot helmets, a Marksman-H combat remote, lightsabers! Just try not to tear up when the Millennium Falcon blasts into hyper-drive and you are sitting in the pilot’s seat. If that’s not enough, there are two different Jedi training experiences! I get happy just thinking about it. Even before the debut of the new Disney Dream additions, the shops onboard added a spectacular section of Star Wars Cruise-themed merchandise. As a huge Star Wars (and obviously cruise) fan, I fell in love with the mash-up items. I was so impressed with the selection and creativity of it all!  Just take my money, Disney. Take all of it. Speaking of booking frenzies, when the 2016 Star Wars Day at Sea cruises were announced, fans went crazy. The first sailing is coming up next week; let’s hope it lives up to the hype and becomes a permanent addition!

4. New Tangled Show – Disney premiered an excellent new show on the Disney Magic in November – Tangled: The Musical! Premiering a new show on a ship is no small feat. Given the space restraints on a ship and talent necessary for a Broadway-caliber show, the quality of Disney’s shows is amazing. If you’ve been onboard the Magic since Tangled’s debut and were lucky enough to see it (or if you happened to catch the recorded version online before it was removed), you will know it is no exception. Three new songs from Academy Award-winning composer Alan Menken, and Grammy Award winning lyricist Glenn Slater, gorgeous sets and costumes, and sticking closely to a story we all know and love make this one a show you will not want to miss.  For a great added bonus, O’Gills Pub is transformed into the Snuggly Duckling on the night of the performance. You can catch some of the songs and find great pictures on Scott Sanders blog post here.

5. Run Disney and a Disney Cruise – Disney has held a 5k whenever a ship is docked at Castaway Cay for several years now. The race has grown in popularity and formality over the years to the point where Disney now wants you to register before participating. On January 14th, Run Disney held its inaugural Castaway Cay Challenge 5k. Run Disney events have become so incredibly popular on land, they’ve even brought an avowed non-runner like myself over to the dark side, and adding an event to the Cruise Line seems like a no-brainer. Unlike the standard Castaway Cay 5k, the Run Disney race did cost extra, but the medals were normal Run Disney quality. Disney Cruise Line also changed the medals for the regular Castaway Cay races. The new medals went from plastic Mickey Ears, to awesome rubber medals which more closely resemble official Run Disney bling. I for one am hoping Disney Cruise Line continues this Run Disney collaboration. 6. Cabana Updates – In 2015 Disney added new cabanas to their highly sought after inventory. The gorgeous “Double-Wide” cabana #21 opened which holds up to 16 people, in addition to three more standard size cabanas. These cabanas are so popular they could add 20 more and probably still keep them booked solid. They’re hard to get if you’re not concierge or at least a Platinum Castaway Club cruiser, but not impossible. They’re worth stalking the internet for and worth the price to me, and in a previous blog post I told you why! Disney also constructed a much needed bathroom about midway through the cabanas on the family beach. Walking from cabana 21 all the way back to use the restroom was not fun! Trust me!

7. Rooms on the Disney Wonder were Updated – Disney has put off a much needed update for the Wonder for quite some time while it waits for the Panama Canal expansion to be completed. The good news is, Disney didn’t wait for an update of the most important thing to most families – staterooms. No one wants to sleep on a lumpy bed in a dated looking room! Disney began pulling sections of rooms out of inventory on each cruise at the beginning of 2015 and continued until all the staterooms were finished. It was a no fuss, barely noticeable refurbishment, but greatly appreciated! P.S.: If the timeline stays on track for the Panama Canal expansion, I’d expect to see a major refurbishment when the Wonder comes out of dry dock in November of 2016.

8. Magic Refurbishment – The Magic just went through an extensive re-imagining back in the fall of 2013, so it was a little surprising how much Disney did during dry dock at the end of the 2015 European cruises! Disney added six new staterooms after relocating the tween club, Edge, from deck 2. Edge took over the old Quarter Masters Arcade on deck 9, and was re-themed with a 20,000 Leagues Under the Sea decor. They also added a concierge lounge which the Dream and Fantasy both have and are very popular among concierge cruisers. Disney also quietly added a Bibbidi Bobbidi Boutique before the summer Europe cruises even happened! The Magic keeps getting better too! 9. Onboard Chat – I am soooo happy the days of not being able to find your party onboard are gone! I can’t tell you how many times I walked back to the room to see where everyone was according to the dry erase board hanging on our door, just to go there and find out they’d moved on! Disney has kept improving the Navigator app onboard, and the chat function is my favorite addition. After some initial reliability problems when it was first released, the chat feature made it to all four ships in 2015 and we found it worked very well on our last two cruises. There are still things Disney can do to improve it (like make it easier to find people’s numbers) but overall, being able to keep in touch without having to use the antiquated texting feature on the wave phones, dry erase boards that were much too easy for a mischievous passersby to erase, or just dumb luck where you hoped to run into each other, it’s a wonderful thing. Plus it has Star Wars emojis!  Star Wars and Mickey bars! I need these for my real phone…

10. Placeholder Policy – Disney has revamped their onboard rebooking policy a few times and one change was quite welcome! In the past if you didn’t know when you wanted to sail again, it was still advantageous to book a future cruise. You would retain all of the onboard booking benefits (10% off, half-price deposit, and onboard credit for example) as long as you sailed again in the required time period. The downside of this was that guest generally picked the cheapest cruise at the end of the year as their future cruise, booking a sailing they had no intention of actually taking. This often made 3-night cruises at the beginning of December seem inordinately full!  And then, heaven forbid you forgot to move it before the penalty period, you’d lose that deposit. Disney finally caught up to some other cruise line procedures and corrected this in 2015. Now when you aren’t sure when you want to cruise again, you book a true “Placeholder” cruise. It’s a flat $250 deposit and can be moved easily without tying up current inventory.

With all of that, I’m optimistic that 2016 has even more great things in store! What do you think? Did I forget any of your favorite things? 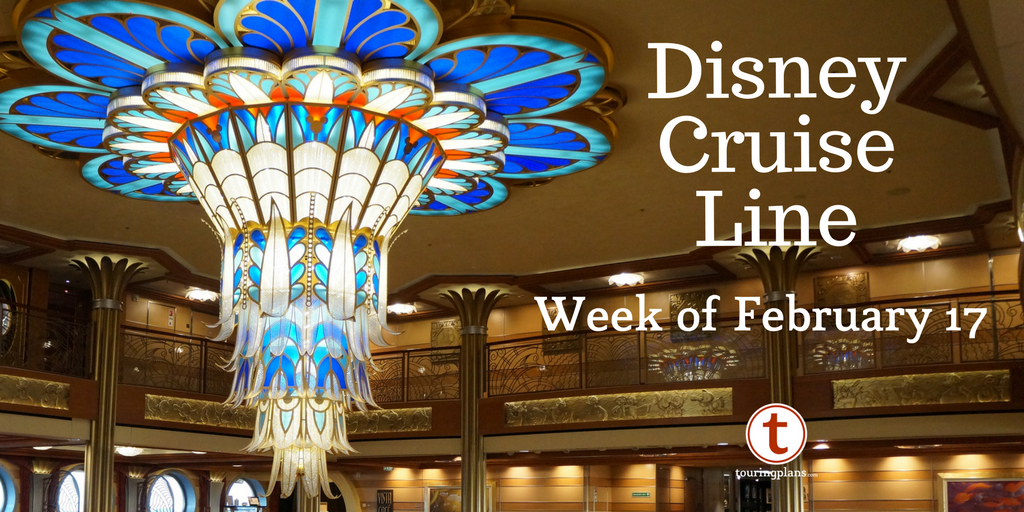