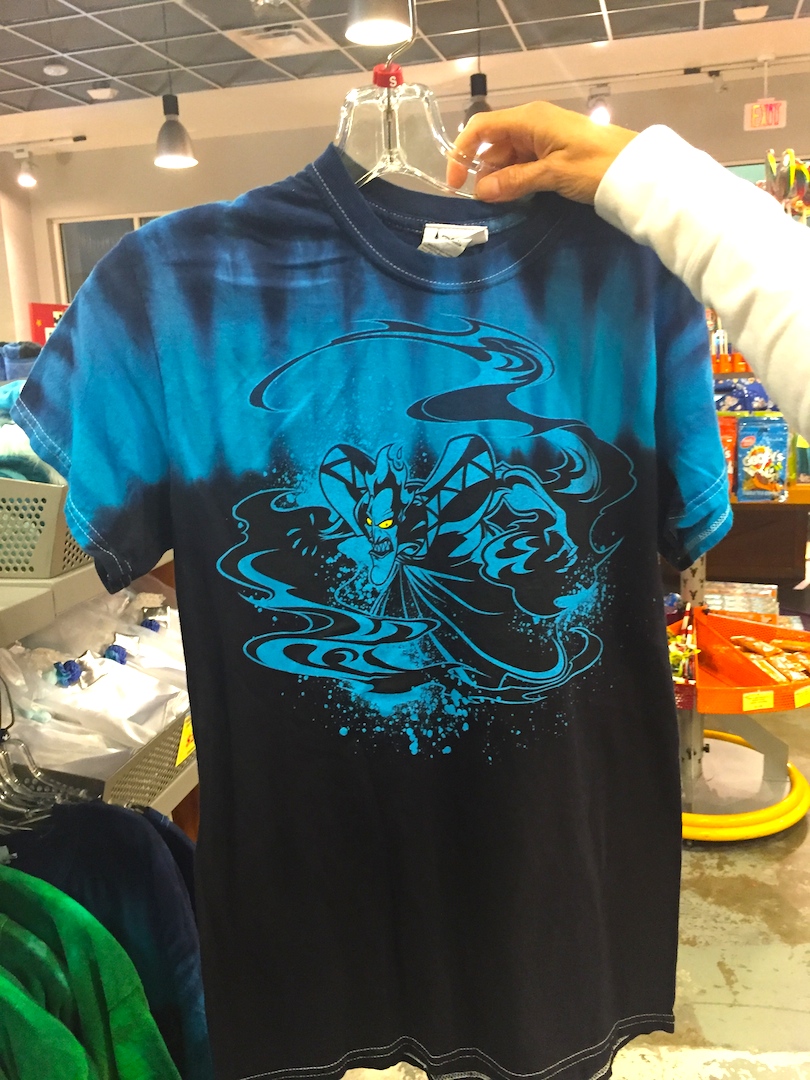 Welcome to the latest edition of The Magic, The Memories, and Merch! the longest running monthly look at the Disney Outlet Stores in Orlando. We’re now officially into the Summer season here in Orlando and that usually means a whole bunch of new stuff  is available to satisfy the hordes of families coming from around the world. Universal soft opened its Skull Island: Reign of Kong  attraction. How to describe Kong? Well, think of your favorite family friendly attraction. Now think of what the complete opposite of that would be. However Skull Island wasn’t the only queue that brought grown adults to tears as Frozen Ever After officially opened in Epcot and had 300 minute waits. Now, 300 minutes doesn’t sound that bad until you work out how many hours that actually is. Five hours. FIVE HOURS.  In five hours you could fly from Orlando to Anaheim, start and almost finish a runDisney marathon, or build two meth labs at Disney’s Pop Century Resort.

The new Frozen attraction wasn’t the only thing new at Epcot as the Royal Sommerhus meet and greet with Anna and Elsa opened with a wonderful tribute to Maelstrom, and we also had the new Soarin’ Around the World to replace the old Soarin’ Around Scratch Marks and Dust Bunnies. Many guests are raving about the Star Wars: A Galactic Spectacular fireworks show at DHS, and SeaWorld opened the first ever hyper coaster in Orlando with Mako. With a staggering height of 200 feet and speeds up to 73 mph, you could ride Mako approximately 32,000 times while waiting in line for Frozen Ever After.

Now while all of you were reading the Shanghai Disneyland etiquette guide – reminding guests, among other things, not to use the landscaping as an outhouse – Outlet Intern Julia Mascardo and I were hard at work to bring you the quality Outlet coverage you deserve!

Enough jibber jabber! Who is ready to hit the Outlets? Remember that clicking on any picture will open a full size version of it (don’t say we didn’t warn yo

It has been a long time but new Tsum Tsums finally showed up, including these three from the Tangled line. Here are Maximus, Pascal, and Rapunzel.  All Tsums are $2.99 and I always buy one of each.

Also new was this Mulan Tsum Tsum. EDIT: The comments section suggests this is Mother Gothel from Tangled, which much more sense

Here is a generic Black Bear plush. Originally $16.95, now $9.99. This was made by the same company who is making all the Kong plush for Universal right now.

Another item I went back and forth on picking up is this lantern, and now I regret leaving it. Talk about a next level bananas lantern. All four sides have a horror-themed mock movie poster featuring Disney characters in the Magic Kingdom. Originally $34.95, now $12.99.

First was Donald Duck along with Chip and Dale in Tomorrowland.

Then Pluto in Adventureland.

And finally a collection featuring Goofy in Frontierland get up along with the Hictchiking Ghosts. What a bonkers lantern!

Rare to Myles From Tomorrowland merch at the Outlets, but here is a giant ostrich named “Merc.” I looked it up and the name is actually M.E.R.C. which stands for Mechanical Emotionally Responsive Creature.  Whaaaaaat?! Originally $24.95, now $16.99. And now that I think about it, as someone who grew up collecting M.U.S.C.L.E. toys (Millions of Unusual Small Creatures Lurking Everywhere, I guess M.E.R.C. isn’t that strange after all.)

I thought this was a pretty cool action figure set featuring Myles, M.E.R.C. and a spaceship. Was thinking about getting it but the discount just wasn’t enough. Originally $19.95, now $16.99.

This may be the first item featuring Hades I have ever seen at the Outlet. Originally $32.95, now $14.99. It actually gave me a flashback to the last time I saw a shirt featuring Hades, at the disastrous Villains Unleashed event.

These shirts are from a villains line and here is one featuring Maleficent. Also $32.95 originally, now $14.99.

Keeping in the villains theme, here was a pun filled shirt for kid’s with Captain Hook. Originally $19.95, now $9.99.

Here is the backside of that bag. Neat touch.

This is the first time Funko Pop! vinyls have been at the Outlets. These two are from the Force Awakens line. Both originally $14.95, now $9.99.

Star Wars cases for the Samsung Galaxy S 6 phones. I wonder how many people confuse these with the iPhone 6 cases? Originally $29.95, now $7.99.

This phallic looking object is one of those light up toys the parks start selling outside at dusk. Your kids play with it for about one hour and then never touch again. Originally priced “orange” (which helps trick parents at the parks) and now was $9.99.

Look at this action shot of the Star Wars thing in motion!

Here is an Avengers art set. Featured a whole bunch of pens, crayons and other stuff. Originally $19.95, now $7.99. Followers of Your Humble Author on Twitter have seen examples of Burgan Fine Art, and with this set you* too can also be a true artiste.

Here’s what comes in the set. Those scissors are the only type Len Testa allows me to use as well.

What’s one thing I never thought I would see at a Disney Outlet Store. A Punisher shirt. Originally $36 (whaaaaaaaaaaaaaaaat?!), now $14.95.

Here’s a shirt from the 28 and Main blogger collection that was originally $59.95. Can you imagine? Now $24.99. I wonder if Disney Consumer Products has a dart board with prices and just picks which ever one the dart hits.

What are the odds of this. A month after I write an article on sitcoms that went to Walt Disney World – which featured a character from Step By Step getting on a Mike Fink Keel Boat, here comes a 28 and Main t-shirt featuring the Mike Fink Keel Boats. I had literally not seen a reference to these boats in the last 15 years and now twice in a month. Originally $36.95, now $14.99.

I’m thinking Disney’s Hilton Head Island Resort must be – by far and away – the least written about Disney hotel. At least Vero Beach is drivable for bloggers. Originally $24.95, now $12.99.

Here’s a bonkers Finding Nemo shirt. Originally $24.95, now $12.95. Who buys this?! Is this a shirt targeting passive aggressive couples?

Speaking of why in the world would anyone buy something, here is a branded 28 and Main shirt. Originally $36.95, now $14.99. Even if this was $9.99, who buys it other than people who work on making the actual shirts? Talk about putting the cart before the horse.

Close up on the design. Absolutely adore the enchanted rose as part of the “N”

These princess cups were a weirder version of that bank above. Originaly $6.95, now $1.99

This Elsa figurine was originally $49.95, but now just $9.99 and they had a whole bunch of them. One thing I have learned is that whenever buying something like this at any Disney store is to ALWAYS take it out of the box because there is an above chance something is broken inside. For something like this the odds of you burying one with a hand or fingers broken off are very high.

One of the weirder things some Disney fans collect are Disney princess shoes Christmas ornaments. A little over a year ago, these shoes featuring Anna and Elsa were a pretty hot commodity at the World of Disney store in Disney Springs. Originally $19.95, now $7.99.

I still can’t believe this one. This is a high heel, Christmas shoe ornament for Clarabelle Cow. Imagine all the layers of the checks and balances process this went through and not a single person said, HAVE YOU ALL COMPLETELY LOST YOUR MINDS?! Originally $19.95, now $6.99.

Here’s a pin for the runDisney Glass Slipper Challenge. This is a half marathon and a 10K in the same weekend. Originally $14.95, now $6.99.

You know you want this runDisney Star Wars: The Dark Side. Originally priced at a next level bananas price of $42.01, this was reduced down to $10.99.

More Star Wars pins including a horrendous one featuring Darth Maul shoehorned into a Mickey head silhouette. UGH. These pins were $6.99 for the Inaugural Dark Side Challenge pin and $2.99 for Darth Maul one.

Both of these pins were $3.99, one featuring Sulley from Monsters University and Minnie Mouse wearing a very ugly outfit.

Giant Monsters Inc. lanyard medal. Not sure who actually wears these heavy things. This was reduced to $6.99.

This is an old school pin set featuring a Mickey Mouse pin that defies description. Look at the one on the right!!  If that’s the  one that made it in, I need to see the ones that didn’t. Originally $24.95, this was reduced all the way down to $1.95.

Oh, this is the worst-looking hat I ever saw. What, when you buy a hat like this I bet you get a free bowl of soup, huh? – Caddyshack

Right now in our household the younger set’s top three Disney cartoons are: 1. Lion Guard 2. PJ Masks 3. Sheriff Callie’s Wild West. So I had to pick up a couple of these Lion Guard cups. Originally $8.99, now $3.99.

Outside of just about every piece of Disneyland 60th merchandise, we don’t get many items from California but when we do it’s Cars Land related. Here are some glasses featuring Ramone’s Low n Slow Car Club. Originally $9.95, now $4.99.

Been a little while, but Rock N Roller Coaster Starring Aerosmith is back to take ownership of The Ride Which Has Produced More Bad Merchandise Than Any Other. This coffee mug was originally $14.95, now $5.99

The Limited Edition MagicBands for Mickey’s Very Merry Christmas Party. Originally $29.95, now $11.99. I think all limited edition MagicBands except for the ones made for Star Wars and Frozen went to the Outlets.

Another insanely priced pen made its way to the Outlets. This one vaguely featuring Minnie was originally $27.95, now $9.99.

I bought this Epcot World Showcase pizza oven mitt. Originally $12.95, this was reduced to the weird price of $3.88. As a person who has consumed a 28″ pizza in under an hour, if there is a pizza related item at the Outlets, I’m gonna buy it.

Mentioned earlier that pretty much every single piece of merchandise made for the Disneyland 60th anniversary made its way to the Outlets, including the newest member: The Disneyland 60th Vinylmation set. All single vinyls are reduced to $3.99 and they are basically the only item in the store you can’t return.

Only Mickey Mouse and Minnie look good in Vinylmation, so this Minnie one isn’t too bad.

An $84.99 Nautilus print. I think it’s time to pull out the Blogger Serenity Prayer. God grant me the serenity to accept the things I cannot change; courage to change the things I can; and wisdom to not buy overpriced junk.

That’s it for this month, but don’t forget in June the SATURDAY SIX did have a Father’s Day special!

Frozen Meet and Greet to Continue at Epcot 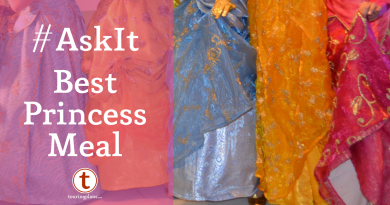 24 thoughts on “The Magic, The Memories, and Merch! June 2016 Photo Report of the Disney Outlet Store”