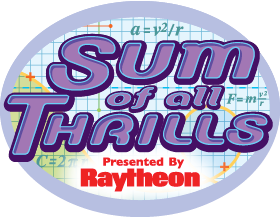 Big changes have been happening at Epcot’s Innoventions lately with many attractions closing. Now, two more attractions are closing in Innoventions East – The Sum of All Thrills and StormStruck. The two attractions will be closed as of September 14 due to their sponsorship agreements ending.

The Sum of All Thrills which was sponsored by Raytheon was a simulator that allowed guests to utilize math skills to create a thrill ride. Guests would then be able to put their creation to the test courtesy of a Kuka arm.

Storm Struck, which was presented by FLASH, educates Guests on how to prevent storm damage around the home.

With these two closures, this means that the only attraction remaining open in Innoventions East will be the relatively new Colortopia by Glidden, which opened in November of last year.

Disney has said that plans for Innoventions are going to be shared at a later date.

18 thoughts on “StormStruck and Sum of All Thrills Leaving Innoventions”