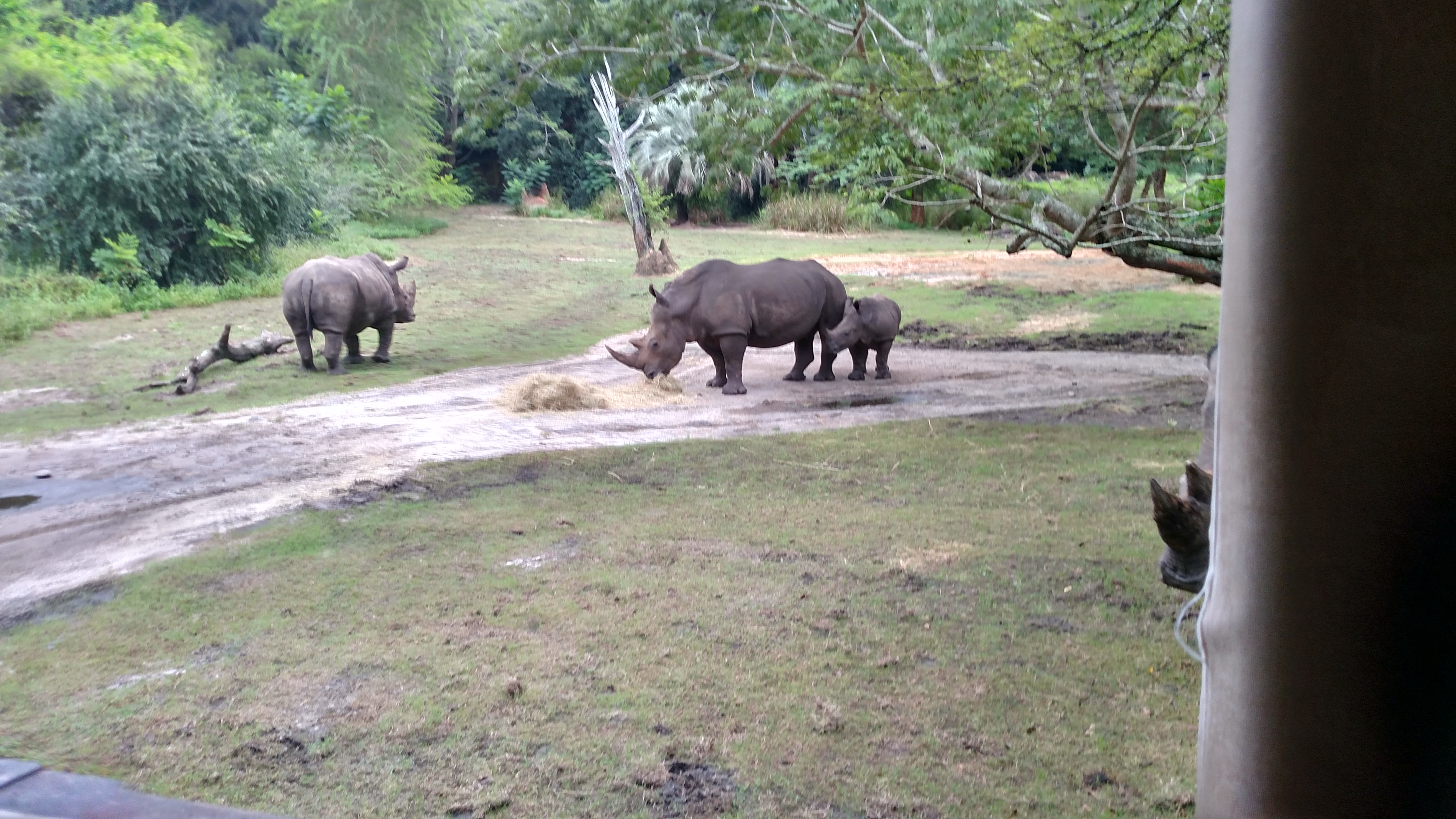 Have you ever had an extra magical experience at Disney? Maybe a Cast Member or even another guest found a way to throw some pixie dust your way? From the smallest gestures, like a departing guest passing on their still inflated balloon to a new guest, to the biggest surprises, say winning a night in Cinderella Castle, Disney is perpetually full of fairy-tale moments. My husband and I were lucky enough to experience that very thing when we were chosen as ‘First Family’ at Disney’s Animal Kingdom.

I knew there was a First Family at Magic Kingdom. When chosen, those lucky ducks are invited to open the park from the train station platform as part of the Magic Kingdom Welcome Show. Families arrive to the entrance gates super early every morning in matching outfits for a shot at joining the characters up on stage. As someone without kids of my own, being that First Family never really interested me personally. I’d rather see a family with little kids enjoy it instead. Plus, the thought of being up on stage in front of that many people is terrifying to me. Visions of baby Simba hoisted above all the animals at Pride Rock in Disney’s Lion King would haunt my dreams. So, without realizing other parks participated in the practice of selecting a First Family too, I gave up on any notion of being one.

It was with that lack of knowledge and with minimal expectations that we woke up bright and early one morning to rope drop Animal Kingdom. We successfully arrived before the gates opened which gave us a distinct advantage. Once they started letting people through the gates past The Oasis in Animal Kingdom and into Discovery Island, we were at the very front of the hoard of people who would head towards Kilimanjaro Safaris when the park opened. As luck would have it, we were also right in front of the tower where all the macaw birds land during the official opening announcement as well. While watching all the beautiful birds flying overhead to perch in front of us, I kept thinking this can’t get any better.

Then we started our walk back towards Kilimanjaro Safaris, and at this point, I was practically itching with excitement for the first attraction of the day. When we reached the bridge to Africa, a Cast Member in safari gear approached us and started a casual conversation with us. She commented that she liked my Lion King shirt, congratulated us on our anniversary, asked us if we were having a good day so far, questioned how many were in our group, etc. This is when I probably should have caught on, but most Cast Members are so friendly that I thought nothing of it.

As we approached the entrance for the line, she said, “Okay, everyone’s going to go that way, and you’re going to follow me down the FASTPASS Line”. I obviously wasn’t going to argue with that, so off we went! Barely containing my excitement, I looked up at my husband and tried to signal that something special might happen. I still wasn’t sure what was transpiring and didn’t want to embarrass myself by announcing an incorrect assumption out loud in front of the lovely Cast Member. I’m pretty sure I just looked at my husband and mouthed ‘Something’s happening”. And he probably looked at me with a ‘Well, duh’ expression.

Thankfully, the Cast Member didn’t keep us waiting long. She finally told us we were selected as First Family, and as such, we would get a private Kilimanjaro Safaris tour to open the park for the day. At that declaration, I’m pretty sure I squealed out of excitement to the point that the animals were probably ready to accept me as their own (or hunt me down as their next meal). Either way, we were off on our own with a driver and two Cast Members.

The tour was similar to the regular Kilimanjaro Safaris expedition for the most part. However, the smallest changes made all the difference in the world. The tour guide Cast Member was able to turn sideways in her bench and talk to us face to face since she wasn’t driving. I think because of that and because we were the only two on the tour, it was much more interactive. We were encouraged to ask tons of questions and learned more about backstage things that they don’t talk about on the regular safari. True to Disney theming, the normal version of the attraction is intended to emulate a real safari experience where you see animals in their natural habitat. During our private tour, however, our guide was able to break through that barrier a little bit regarding the animals and their upkeep. It was incredibly interesting and a very unique experience.

Before we knew it, we were back at the unloading zone. We said our goodbyes (and plenty of thank you’s) before heading off to our next adventure –Pangani Forest Exploration Trail, now known as Gorilla Falls Exploration Trail. Our luck continued there too! The first Cast Member we spoke to near the gorilla habitat told us that the gorillas were on their way out and would be crossing in front of us shortly. Thanks to being First Family, we were in and out of Kilimanjaro Safaris so quickly that we got to witness some extra magic there too. Even the baby gorillas were out to play.

Since returning from the trip, I’ve heard that some Animal Kingdom First Families get pictures, certificates, and even extra FastPasses. Though that was not the case for us, I still had an amazing time. I know from now on, I’ll be trying a little harder to get to Animal Kingdom and Kilimanjaro Safaris bright and early in the hopes of experiencing it all again. If it sounds like fun to you too, my tips are to arrive early, wear your celebration buttons, and dress accordingly. While I’m not sure that my Lion King shirt guaranteed us the honor, I’ll bet it didn’t hurt. And as always, stay positive. Even if you’re not selected, you’re still in for a wonderful safari experience.

Have any of you had the privilege to be First Family at any of the parks? I’d love to hear about it, your attempts, or your thoughts on the whole idea of First Family in the comments below! 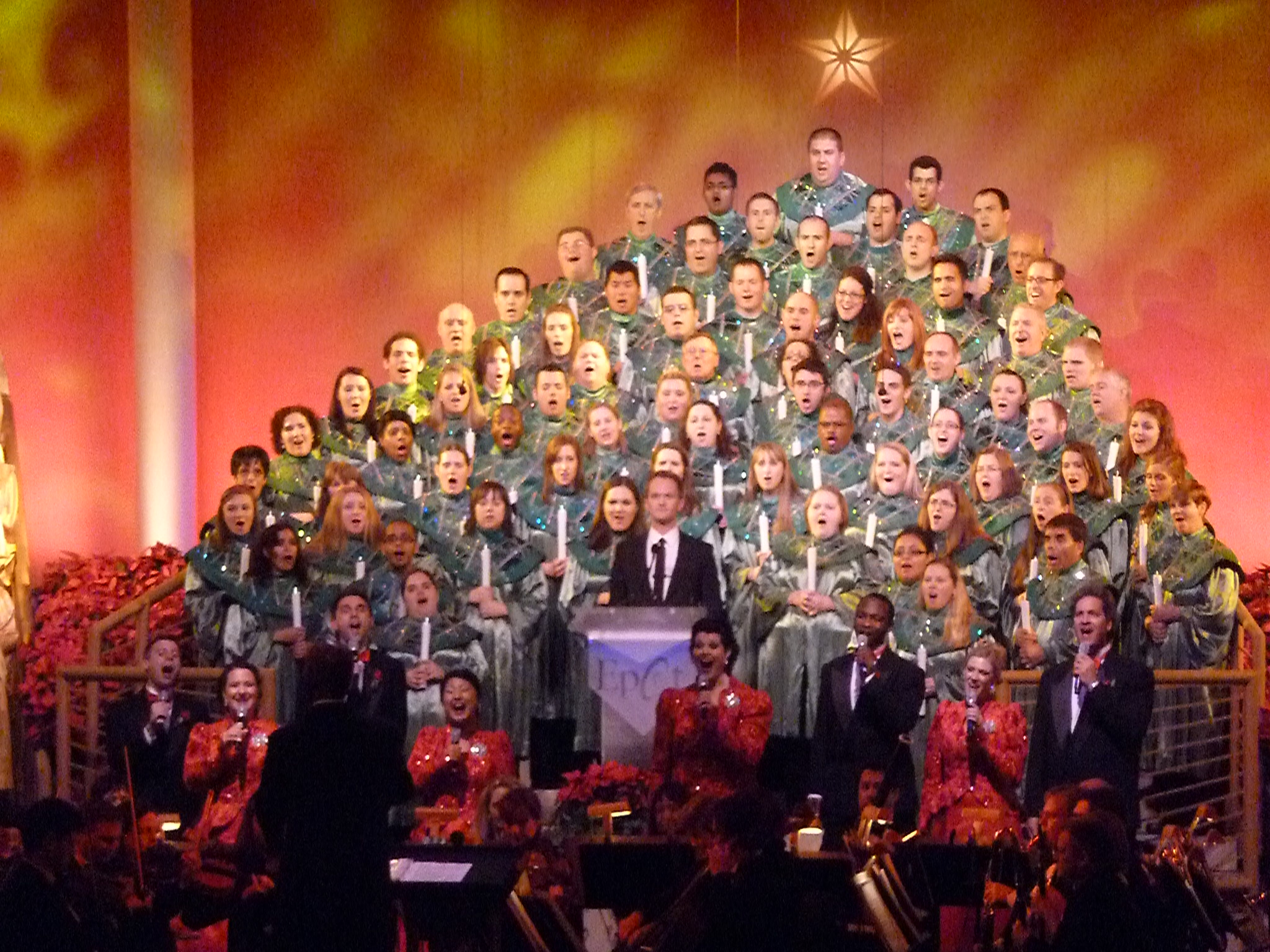 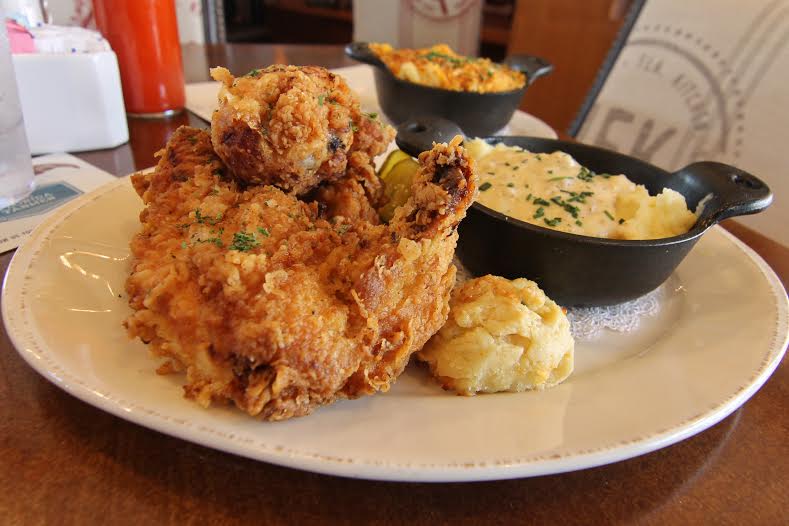 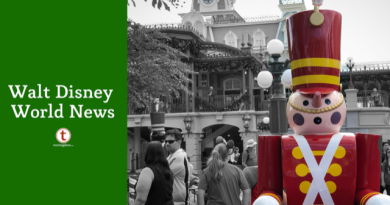 21 thoughts on “Being First Family at Disney’s Animal Kingdom”