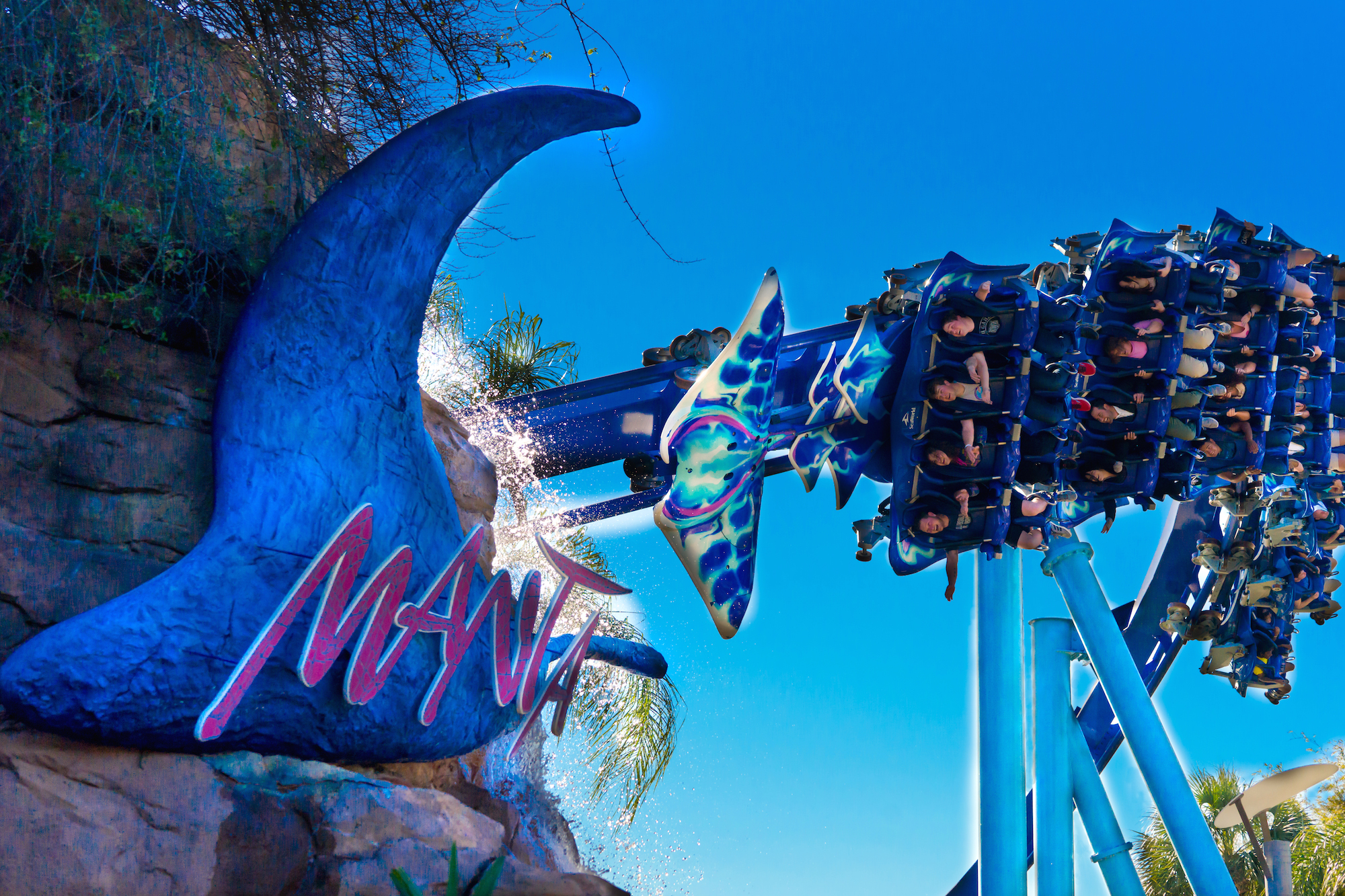 This week’s SATURDAY SIX takes a look at Six Reasons You Need to Check Out SeaWorld Orlando! While no one loves Walt Disney World and Universal more than us, it is always good to remember just how many incredible things there are to do during your Orlando vacation outside of the Big Two. Last year we covered Busch Gardens Tampa, which has only gotten better with the debut of its Cobra’s Curse roller coaster (a fantastic family coaster in the vein of Disney’s Seven Dwarfs Mine Train) and today we are going to take a look at one of the most well known parks in the Orlando area, SeaWorld.

Located conveniently near both Universal and Walt Disney World, SeaWorld is in the process of building itself back up after several down years following the debut of Universal’s Wizarding World of Harry Potter – Hogsmeade Village, and the release of the controversial film Blackfish. A new management team is in place, and the company hasn’t made any what were they thinking mistakes in a long time. SeaWorld, much like WDW, Gatorland, and Wet ‘n Wild, is quintessential Orlando, and has been a part of family vacations for decades. Today we’re going to list our favorite reasons on why YOU need to make SeaWorld a part of your next trip to Florida. So sit back, stay out of the splash zone, and let’s start with…

Thrill ride fans are blessed in Orlando with some truly great coaster experiences in rides such as Space Mountain and Expedition Everest along with Universal’s Revenge of the Mummy and The Incredible Hulk, but SeaWorld is home to two of possibly THE best roller coasters in town. The newest attraction at SeaWorld is Mako, the fastest coaster in town. Its not kidding around, as a hypercoaster Mako is built on raw speed and delivering multiple moments of weightlessness that coaster junkies crave. If you have the need for speed, you must ride Mako. SeaWorld also did an amazing job with the entire area surrounding Mako, as it gives more of a Disney/Universal feel in terms of an immersive experience.

Meanwhile Manta just may be Your Humble Author’s favorite coaster. It all begins with a wonderful queue where you pass through an elaborately designed aquarium. The ride itself has the rider in a unique position where after loading the seat positions itself so the guest is facing the ground. While this position is to simulate riding under a stingray as it swims the ocean, it feels more like you are flying like Superman through the sky and is a wonderfully unique experience. While it may not have the big drops or intense speed of Mako, a ride on Manta is like no other and makes us smile from ear to ear.

One of the absolute best parts of SeaWorld is that it allows guests to get up close and personal to a wide array of animals. Whether it is feeding sea lions, touching a dolphin, or even being able to be just feet away from a swimming manatee, SeaWorld connects us to a world that normally we can’t be a part of. There is a running theme of conservation throughout the park which can actually show the impact we can have – both positive and negative – on the marine life around us. Whereas the message of Kilimanjaro Safaris at Animal Kingdom can be a little abstract to those of us in Orlando, SeaWorld works directly with the environment and animals of Florida.

SeaWorld is filled with fun shows, including the dolphin based Blue Horizons along with Clyde & Seamore’s Sea Lion High. Guests coming from the ride, ride, ride world of Disney and Universal will hopefully appreciate the more relaxed nature of touring SeaWorld. Being able to sit and relax while watching beautiful dolphins glide through the water can be just as fulfilling as the latest E-Ticket attraction. Throughout SeaWorld you are also going to come across many exhibits, including ones that are part of attractions such as Turtle Trek 360 and Antartica: Empire of the Penguin. While personally I am not blown away by the “meat” of either of those attractions, the turtles in the queue of Turtle Trek and the penguins at the end of Antarctica are some of my favorite parts of the entire park.

One of the most underrated parts of SeaWorld is the whimsical Pets Ahoy stage show. Kids of all ages are going to love this cute show which features – among other animals – ordinary cats and dogs to great comic effect.  In a park which features many larger than life exotic animals, Pets Ahoy can often – pardon the pun – steal the show with animals we normally wouldn’t think twice about seeing.

You may be reading this thinking “my kids are too small for those coasters” and “my kids don’t like sit through shows,” well SeaWorld is still a place for you. The park has a whole bunch of rides just for the younger set along with play areas where they can run around to their hearts content. From a carousel and a train ride, to rope climbs and splash areas, SeaWorld has a whole bunch of offerings for the kiddos.

While Walt Disney World and Universal seem to be in an arms race to see who can raise prices the fastest (SPOILER ALERT: we all lose in that battle) SeaWorld has been working on very creative ways to make the park an affordable destination for families. Whereas WDW recently started making  young children use the finger scanners to cut down on guests using the same pass for multiple children, SeaWorld has a transferable pass so you can bring different people with you each time with no hassle. Besides some incredible deals on tickets, Universal has gotten rid of the happy hour specials at bars such as The Watering Hole and Backwater Bar, but SeaWorld still offers similar bargains at Shark’s Underwater Grill. Our absolute favorite bargain is the all day dining deal where you get a drink, an entree, and a side or dessert at pretty much every quick service restaurant the park. You can do this every single hour until the restaurants close. For those of you like us who are in love with Universal’s Coke Freestyle program, good news, SeaWorld also has one. Machines are located throughout the park, and similar to Universal’s exclusive “Gamma Green” flavor for its Hulk ride, SeaWorld has a Mako Blast mix you can only get in the park.

SeaWorld and killer whales are almost synonymous. Over the years, the park has made “Shamu” everything from its logo, to signature show, to the focus of all merchandising. As w all know, the times they are a changin’. SeaWorld as a company is transitioning away from live shows featuring orcas, but no matter what side of the argument you fall on, no one can deny how majestic these killer whales are. Several years ago SeaWorld pulled trainers out of the water during the orca shows, but it is still inspiring just being in the presence of this incredible animals. Watching from the audience, we can connect to these whales in ways that are truly special, and for many people, life changing. It doesn’t take a crystal ball to see where the future is going in some areas, so I implore you to do whatever you can to experience these animals in person while you can.

HONORABLE MENTION: SeaWorld Can Be… Shall We Say… NEXT LEVEL BONKERS

SeaWorld’s Journey to Atlantis dark ride/coaster/water ride hybrid is like nothing you’ve ever seen before along with a story that makes this summer’s Gods of Egypt movie seem like Citizen Kane.

Meanwhile, not far away you have a really get coaster with Kraken featuring a floorless ride vehicle and some thrilling drops. To prepare you for that you get to see the actual “Kraken” and we’ll just leave this here…

If you can indulge me a personal story, I live on the East coast of Florida and spend some of my time (not enough) helping a turtle sanctuary. Years ago, when I moved down from New Hampshire, I got a protect Florida whales license plate. I learned to appreciate whales, and all the other forms of marine life, from my trips to SeaWorld growing up. SeaWorld does an unbelievable amount of work – almost all of which goes unpublicized – helping animals all around the state of Florida. I say this because the situation with SeaWorld isn’t as black and white as some want to believe. I’m not here to try and sell you on SeaWorld being angels, they’re not. But the world needs SeaWorld. They are there when the cameras aren’t rolling, helping the wildlife of Florida and other areas with a level of expertise that few have. There are plenty of great people who work at SeaWorld, many of which were inspired by trips to the park like I was, except they actually went on to fulfill their dream of working with animals rather than the more heroic work of writing theme park blogs.

So there you have it: Six Reasons You Need to Check Out SeaWorld Orlando! See you next weekend for the latest installment of the SATURDAY SIX, where we’ll look at something fun from the world of Disney and Universal. If you enjoyed yourself, be sure to check out The Magic, The Memories, and Merch! articles (which we just celebrated our THREE YEAR ANNIVERSARY), or, for your listening pleasure, check out the E-Ticket Report podcast. You can also follow Your Humble Author on Twitter (@derekburgan)

The Six Best Queues at the Universal Orlando Resort

Special Thanks to crack staff photographer Brandon Glover, photo wunderkind Mike Sperduto, Autism at the Parks‘ own Maureen Deal, the Mayor of Tin Roof Orlando Bob Wadd, and blogger to the stars Megan Stump for their invaluable assistance with this article. Be sure to also check out Brandon on The Park Blogger podcast with co-host Aengus Mackenzie and fellow Potterheads may enjoy Meg’s work on the Central Florida Slug Club.

SATURDAY SIX: Six Things To Do On Your Next Orlando Trip (Outside of Disney and Universal) 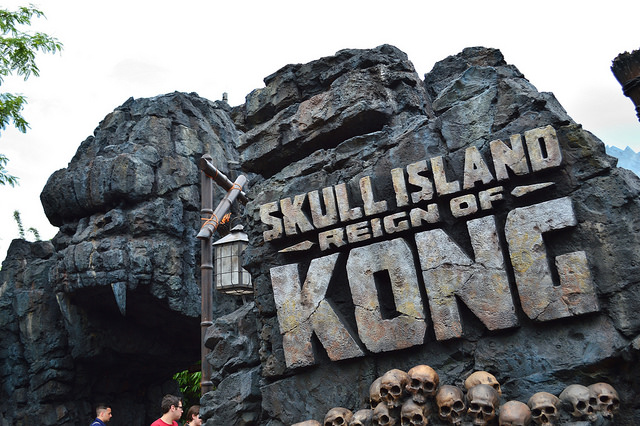 2 thoughts on “SATURDAY SIX: Six Reasons You Need to Check Out SeaWorld Orlando”