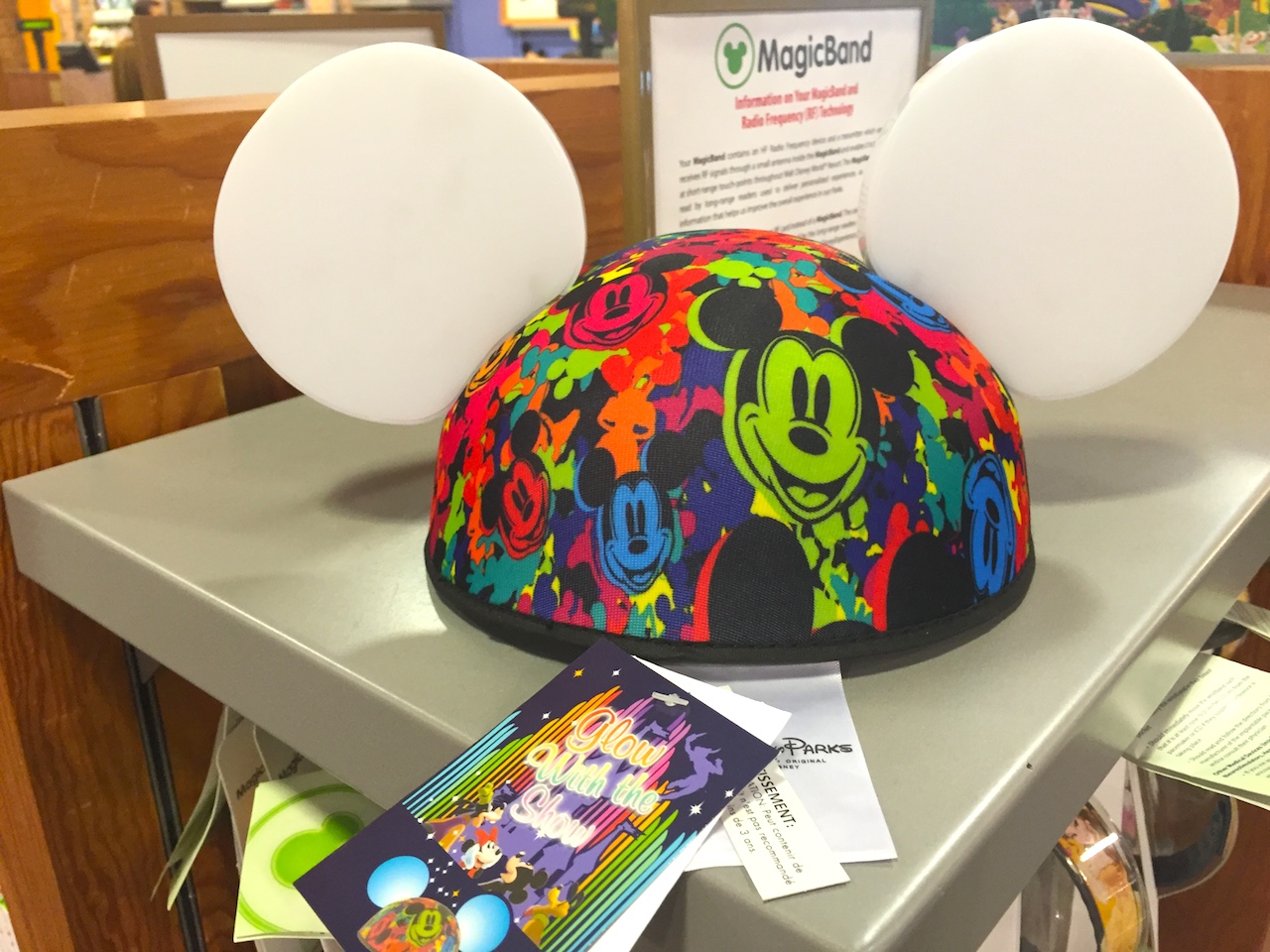 This week’s SATURDAY SIX is an annual tradition. Six Disney Gifts Santa Can Bring Back to the North Pole (AKA The Best of the Disney Outlet Stores in 2016). Some readers of this weekly column may not know that we also have The Magic, The Memories, and Merch! where every single month for over three years we have braved the insanity of the Orlando Premium Outlet parking lots to cover the two Disney outlet stores (more info on them – including addresses –  are at the end of the article.)  In fact, we even had a very special Three Year Anniversary edition with some congratulatory notes from some very impressive names in the theme park community.

Now, while some Christmas dreams do come true, such as Ralphie Parker getting his official Red Ryder BB gun and Your Humble Author getting a Han Solo blaster back in the day, other Christmas gifts deserve to go straight to the Island of Misfit Toys. Today we will take a look at some of those very items, starting with…

Our first item this week was the first ever Made With Magic piece of merchandise to hit the Outlets. These were the Mickey Ears that lit up with different colors to Glow With the Show during some of the nighttime spectaculars at the parks. I have no actual financial numbers to support my theory, but having been the parks many, many times and only seeing a handful of guests wearing these, I’m going to assume Disney took a complete bath on this idea. It’s an item that cost over $25, are heavier than a normal pair of Mickey Ears, and the person wearing it can’t even see it glow. They were reduced to $9.99. This pair of Ears is particularly garish in design.

This next item I had been waiting for ever since they showed up at the regular Disney stores over two years ago. These hats where you look like you are wearing the carcass of a dead Disney character on your head and are next level bananas. Apparently these bonkers hats are huge over at the Tokyo parks, but to be fair they also line up for hours just for popcorn. Popcorn!  To be even more fair, if I were out there I’d be in line with them. Originally $21.95, these were reduced to $5.99.

Is it me, or does this shirt look like a bootleg? This looks like it could come from one of those weird looking Florida Gift Shops on 192 offering “three shirts for $10” and sell boiled peanuts. Originally $24.95, reduced $12.99.

Some things you can’t make up, including this large Yoda “Welcome” stone. These came into the Outlets with an influx of items from EPCOT’s Flower & Garden Festival. I’m not sure how big the audience is for people who want a Yoda stone in their front lawn. I’m a pretty big Star Wars fan, but if I would have brought this home my girlfriend would have lodged it directly over my head. Originally $24.95, reduced to $12.99.

Want to hear something crazier?

THERE WERE TWO DIFFERENT DESIGNS!

There were a lot of strange Star Wars items at the Outlets this year, but this next one for the all time books. When I went to see the Osborne Lights last year, they had some RIDICULOUS Star Wars shirts in the gift shop at the front of DHS. Those ABSURD shirts made it to the Outlets including this one which was ORIGINALLY $249!! It was reduced to “only” $149.99. Had to buy two at that price, what a steal (literally.)

Just what the world needed. an ultra realistic Alice doll. Pretty sure that even the actress playing Alice would be creeped out by this. Originally $34.95, Reduced to $13.99. Hopefully I can find an equivalent Johnny Depp as Mad Hatter to make a matching set. Holy Grail would be a Helena Bonham Carter as the Red Queen. With those three dolls I believe I can finally join my Heaven’s Gate colleagues and be transported away on a spaceship.

Seeing the #1 item this year originally made my heart grow three sizes (after double checking, that enlargement of the heart was actually due to eating the Pop-Tart Sandwich at Pop Century). Behold the Luigi’s Flying Tires hat! Anyone who has visited the Disney Dump has seen the remnants of this attraction, which opened with the debut of Cars Land in the summer of 2012 and was already closed by the end of February 2015. Believe it or not, despite only being open for only 976 days, Luigi’s doesn’t even rank in the Top Five of Short Lived Disney Attractions. Originally $24.95, this baby could have been sitting on your head for just $6.99. VIVA LA DISNEY OUTLETS!

This item isn’t on the list because it was “bad, but because it was the toy that got Marvel and Disney in a little hot water a year ago. Why? Because the scene in Avengers that this toy is replicating actually had Black Widow on the motorcycle. This led to Mark Ruffalo (who played The Hulk in Avengers: Age of Ultron) and many others taking to social media to rally against the overall lack of Black Widow toys. That’s your history lesson for today kids. Originally $29.95, it was just slightly reduced to $24.99.

How about these bags that the Disney Outlet Stores in Orlando use? The first one below is celebrating the 50th Anniversary of Disneyland, which is interesting because we are currently celebrating the 60th anniversary! To put that in perspective, this bag came out WHEN THE YETI STILL WORKED AT EXPEDITION EVEREST.

Now before we go, I don’t want you to think everything at the Outlets was bad. In fact some items were terrific. Here’s a small list of my favorites.

Next up is an item I’ve been waiting a while for. At the World of Disney store in Disney Springs they have had three great Beauty and the Beast items show up in the last year or so that I’ve really wanted. A light up Lumiere, a “life size” Cogsworth, and a ceramic Chip cup. Well, the Chip cup finally made it’s way to the Outlets and now I begin my daily praying ritual for the other two. Original price was $21.95, which is why I always passed on it. Outlet price was $6.99. Ya-hoo!

And lastly, take a look at these awesome Star Wars/Old Timey Disney Attraction Poster dog tags. The last time I ever even considered buying a dog tag was back when I was 10 years old and in the middle of a GI Joe induced fever, but I am in LOVE with these designs. The first uses the Jedi-ghosts from Return of the Jedi in an homage to a vintage Haunted Mansion poster and I just love everything about it. If these mashups ever get released as prints I’ll be buying all of them, but until that day I’ll wait for the t-shirts and coffee cups to make their way to the Outlets.

So there you have it: Six Gifts Santa Can Bring Back to the North Pole (AKA Best of the Disney Outlet Stores 2016)! See you next weekend for the latest installment of the SATURDAY SIX, where we’ll look at something fun from the world of Disney and Universal. If you enjoyed yourself, be sure to check out The Magic, The Memories, and Merch! articles, or, for your listening pleasure, check out the E-Ticket Report podcast. You can also follow Your Humble Author on Twitter (@derekburgan).

Special Thanks to crack staff photographer Brandon Glover, Best Week Ever‘s Jammin’ Julia Mascardo, the new sommelier at Tony’s Town Square Brian Carey, and blogger to the stars Megan Stump for their invaluable assistance with this article. Be sure to also check out Brandon on The Park Blogger podcast with co-host Aengus Mackenzie and fellow Potterheads may enjoy Meg’s work on the Central Florida Slug Club. 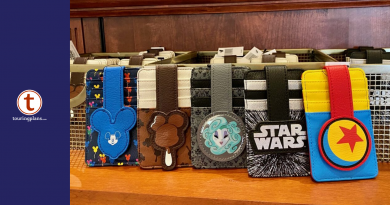 6 thoughts on “SATURDAY SIX: Six Disney Gifts Santa Can Bring Back to the North Pole (AKA The Best of the Disney Outlet Stores in 2016)”