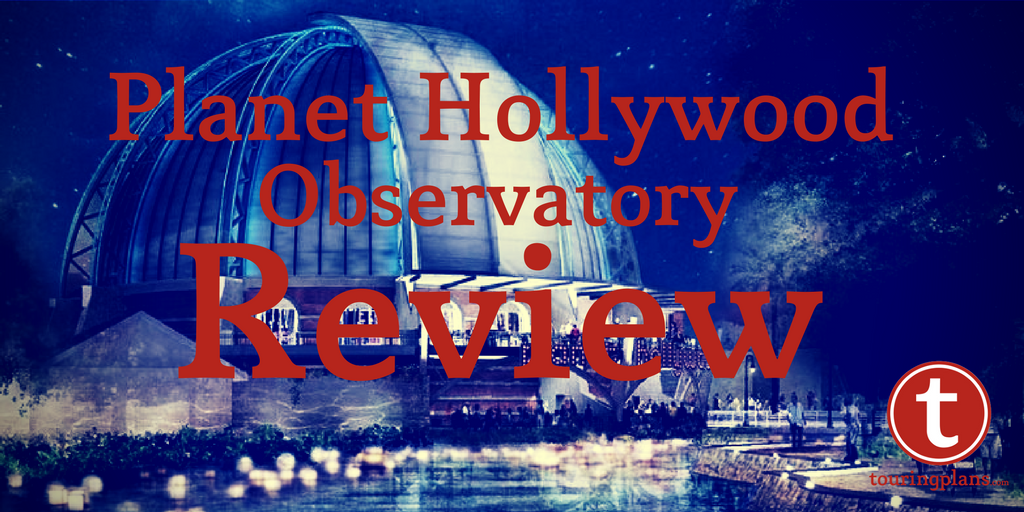 There aren’t a lot of restaurants that scare me. Even with a newly revamped menu, though, Planet Hollywood Observatory kind of scared me. I had been to the old restaurant a few times prior to the recent transition, and never had a remarkable meal, on par with reader surveys that rank Planet Hollywood as the least-liked restaurant in Walt Disney World. I knew, though, that for a recent lunch visit, I’d have to approach the new Planet Hollywood with an open mind, with hopes that things had improved.

First impressions of the new interior: it’s a bit boring now, far less tacky and kitschy than before. Much of the Hollywood memorabilia has been relegated to the stairwells and corners, with lots of brick and projections now taking center stage on the walls. It’s also very, very loud now, especially once the restaurant is jam-packed with guests. To take advantage of the nice day outside, and steer away from the noise, my party requested an outdoor deck table, overlooking Disney Springs. We were still treated to a mid-meal blast of “Afternoon Delight” from the neighboring speakers (an experience, I assure you), but it was much tamer, noise-wise, outside.

The new menu, partially concocted by celebrity chef Guy Fieri, isn’t all that dissimilar than the old menu – American classics common at your neighborhood chain restaurant, amped up a bit to help justify the higher prices. It’s a long menu, with salads, tons of appetizers, multiple burger options (a standout at the old Planet Hollywood), and heavier entrees like ribs and pasta. Hoping for the best, I decided to sample the High Roller appetizer to start. At $34.99, it seems absurdly expensive, but for the price, you receive samplings of the world famous chicken crunch (one of the few old standards to make it back onto the new menu), Texas tostados, buffalo wings, five cheese dip, and peri-peri shrimp. The menu claims this would serve 4, though I think it’d probably work for larger parties than that if people ordered entrees. Best of all, this appetizers comes served on a non-spinning ferris wheel, fun for everyone!

First up: the five cheese dip, which can most accurately be described as “warm” and “cheesy”…. And that’s really about it. It had no other flavor aside from “indistinguishable cheese”, and though mild and inoffensive, seemed like the least interesting of all the options. The Texas tostados, crispy wontons with barbeque chicken and cheese on top, were very bland (missing the onions and pico de gallo advertised on the menu). One of the diners at my table remarked that they were reminiscent of something you’d find tasty only at 2:00 AM, and I’d have to agree.

The “spicy” end of the ferris wheel features peri-peri shrimp and buffalo wings. I expected the peri-peri shrimp to be similar to “bang bang shrimp” you find at most chains nowadays, but it was really just batter-fried shrimp dipped in buffalo sauce (slightly spicy, even by Disney standards). They’d lost any crispiness they’d previously had, which was a shame, as they could’ve had some potential. The chicken wings were dressed in the same buffalo sauce, but had no real flavor at all and were very tough to cut or chew.

The chicken crunch is the same classic recipe of days’ past – sweet and crunchy coating, with a tangy mustard dressing on the side, perfect for dipping. Basically chicken fingers with a slightly special coating, this option is not only safe for most palates, but fairly tasty and still your best bet on the appetizer menu. Overall, it was the only dish on the high roller sampler I tried more than a few bites of, and the only one I could recommend ordering for the price. As another appetizer, I also sampled the citrus kale salad, one of the lighter options available on the new menu. At $14.99, this was a pretty big portion, but after sampling, I found it tough to consider eating the whole salad as an entrée given the flavor. The salad is advertised as having kale, broccoli, brussels sprouts, cabbage, feta, grapefruit, orange, cranberries, sunflower seeds, and an agave dressing, but upon receipt, we were definitely missing grapefruit and only had one piece of feta. The sweet agave dressing had no flavor other than that, a key splash of vinegar or citrus juice missing to help give the salad any flavor. I wish I could say the bus to Flavortown (Guy Fieri’s imaginary destination, home to all foods wonderful and delicious) arrived with our entrees, but alas, no luck. The LA Lasagna, “fresh pasta tubes filled with ricotta & Bolognese, fried, and topped with roasted garlic cream sauce, served over tomato basil sauce” ($19.99) was my first bite. I wasn’t bowled over by the alfredo cream sauce on top, and the ricotta filling had so much dried oregano, it bordered on bitter, but the marinara sauce underneath was competent. Fried lasagna as a schtick is fine, if fried correctly, and while this was nice and crispy on the outside, the pasta inside was very dense and chewy, making this almost a chore to eat. All things considered though, it was the best entrée we sampled. Next on the spectrum of “least offensive foods”, the pimento grilled cheese ($14.99) – a triple-stacked grilled cheese filled with six cheese mac-n-cheese and pimento cheese. There was no inherent sweetness or pepper flavor to the pimento cheese, and the mac and cheese (served as a standalone entrée, as well), was mild in flavor but very dry. The accompanying “triple fries” (standard French fries, waffle fries, and presumable some other kind of fry we never encountered) were soggy and cold but had a slight hint of barbeque and seasoned salt that made them pretty tasty. We stuck to the “knuckle sandwich” section of the menu in search of slightly lighter options, given we were having lunch, so our next entrée was the featured “Bird is the Word” ($17.99), a crispy fried chicken sandwich with buttermilk ranch, pickles, cheddar, slaw, and hot honey sauce. With all of these toppings, you’d assume this would’ve had some sort of bold flavor, but the simultaneously mushy and dry chicken breast didn’t taste like much. The hot honey was mostly just a greasy addition to the top of the sandwich, and the ranch never made it to the party (or the plate, I think). Considering Homecomin‘ is just steps away serving two different variations of a chicken sandwich, both delicious and cheaper, I’d skip this here and leave it to the experts there.

In the past, some of Planet Hollywood’s signature entrees were always their burgers, touted as juicy and unique. Since their renovation, of course, Disney Springs has seen the addition of D-Luxe Burgers, as well as expansions of burgers on menus at Boathouse and STK, all for similar price points as Planet Hollywood. At $18.99, I’d hoped that even Planet Hollywood’s “Original Ringer” burger would be quality, but I was proven wrong at first bite. The advertised “crispy onion ring” was totally soggy, and while the bourbon-brown sugar barbeque sauce was delicious (yes, really!), it was drowned out by the offensive flavor of something I later found out to be “Donkey Sauce”.

As it turns out, donkey sauce is a catch-all burger sauce popular in Fieri’s restaurants, with mayo, mustard, Worcestershire, and garlic mixed together to satisfy all condiment needs. It sounds fine, right?  Unfortunately, it really did not taste fine, especially in conjunction with everything else on the burger. I’d have asked for it off of the burger, too, but we were told that customized burgers (i.e. burgers with any changes from what was listed on the menu) would take extra time to make and serve, and would be charged as “build your own” burgers (read: more expensive than the $18.99 we were already paying). This is a big flashing warning sign at any restaurant that says “we pre-make and pre-prepare all of the food before you arrive”, pretty common in busy places that value quantity over quality. I was hoping the extreme milkshake (so common everywhere now) we sampled for dessert would lift my spirits, and in a way, it did. We splurged on the chocolate comet ($14), a chocolate shake with a brownie and candy on top. The stale, dense brownie on top of the shake was really the only issue I had with the shake, aside from how melted and soupy the shake was when it arrived, which I can forgive, as it happens sometimes. The fudgy chocolate sauce and candy surrounding the shake were serviceable, and the shake itself had a strong chocolate flavor. All that said, though, this was a single serve milkshake size with a few toppings – not at all worth the $14 price tag.

I had high hopes for a revitalized menu here, but Planet Hollywood now manages to overprice and overwork even the simplest of dishes. I’d venture to say Electric Umbrella’s burger had a better taste (a terrifying thought, really)! Planet Hollywood has an audience and serves a purpose in this area, but even our stellar service couldn’t make up for the sub-par food. If you’re looking to wander through for a look at the memorabilia, drop in for a milkshake or novelty drink, but I can’t in good conscience recommend a meal here when everywhere else in Disney Springs has raised the standard for dining of late. 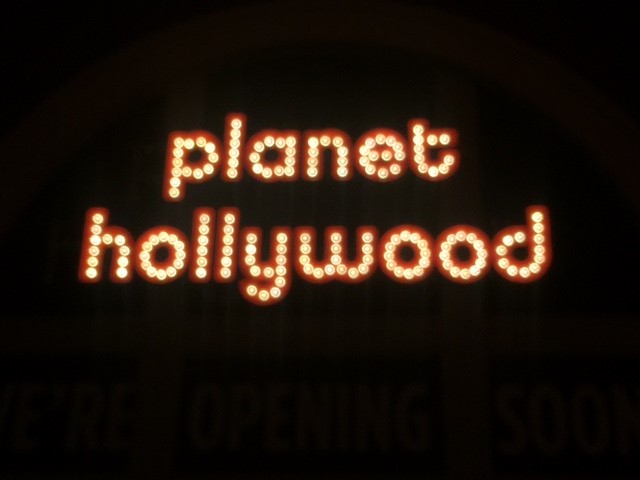 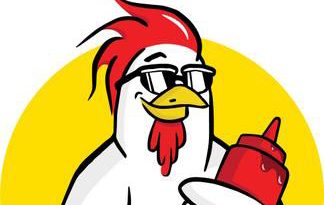 13 thoughts on “Planet Hollywood Misses the Bus to Flavortown”