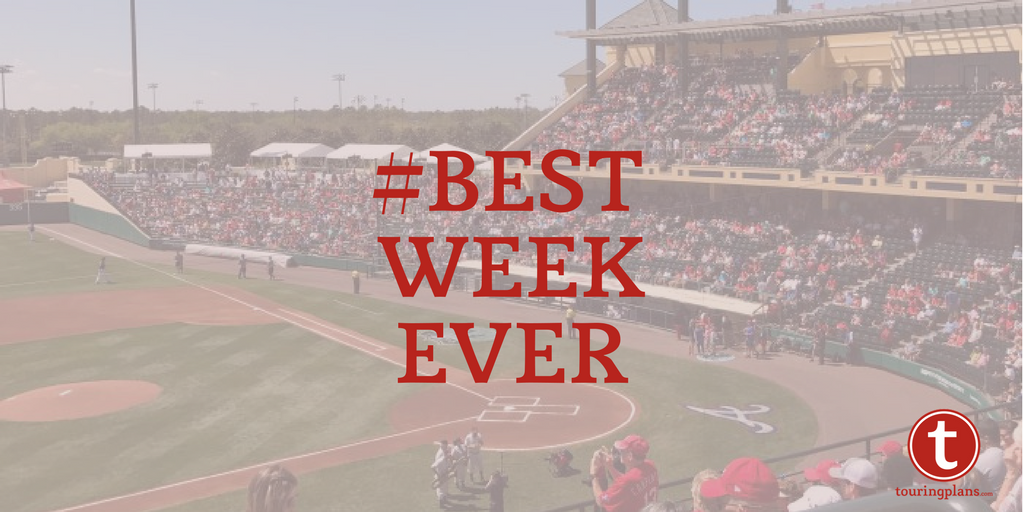 Towards the end of the week, one of my neighbors stopped by and asked how Spring Break was going. I looked at her and said “Going? I think you mean GONE!” This year is flying by, and it seems that every item on my to-do list that disappears is replaced by one or more overnight. Of course it doesn’t help the feeling of time flying by that Orange County schools schedule their Spring Break for several weeks before Easter. But having Spring Break for this week meant family coming into town, and that meant we got to do a few things that were out of the norm…

Our daughter has never been to a baseball game, and with one of her grandfathers being a huge Orioles fan, we wanted to have him take her to her first baseball game. Thankfully, Spring Training is over at Wide World of Sports, and although the O’s weren’t playing when they were in town, my father-in-law, husband, and daughter headed on off to the ballpark for some , popcorn, and . (Well, grilled cheese, popcorn, and hot dog just doesn’t have the same ring.)

Speaking of hot dogs, the highlight of the game for our daughter was having Pluto come out to help with the first pitch. Aside from that, she described baseball as “a lot of waiting for something to happen”. (But she likes watching golf. Go figure.) While the three of them were taking in the game, my mother-in-law and I decided to do something much more relaxing (and with a lot less sun). Thankfully, a bit of advance planning meant a trip to the Grand Floridian for tea time. I had done Grand Floridian tea a decade or so ago, so I think I was well overdue for another visit. Needless to say, the menu had changed quite a bit since I was there, and it took a while to read through it all. We both opted to go for the Bedfordshire tea, which we felt sounded like a good afternoon snack. Then it was on to the tea list. There were so many that I wanted to try! It was a tough choice, but we both decided to go with the Nutty Chocolate. (For those who have had the other teas on your list, is there a favorite I should try on my next trip?) Once we had placed our order, we had a few minutes to enjoy the ambiance and catch up on all the news from the family up north. The first course that came out were the finger sandwiches. Today’s assortment was a curry chicken salad (the yellow filling), cucumber, goat cheese (the triangle-shaped one), an onion tartlet, and egg salad (with olives on top). By far, my absolute favorite was the curry chicken salad. It was slightly sweet, and very full of flavor. The other courses were brought out on a stacked server. I had opted to go with the assortment of pastries, and my mother-in-law went with the seasonal trifle, caramel banana. The bottom two plates were the scone service, with apricot jam, clotted cream, and lemon curd, plus a jam tart. For my pastry assortment was two macarons (pistachio and coffee), a swan pastry filled with mint crème, and a chocolate covered strawberry. It truly was an enjoyable break from all the rush of day-to-day life. For a brief moment, I wanted to give up my career and make tea cozies for a living. (Well, maybe not. But I did ask about buying the tea pot and cozy…no luck.) This is our third year doing the Easter Egg hunt. In the past, it has been a quick tour of the countries, but this year the Easter Bunny helpers really worked overtime! This year, it was a challenge. Certainly, I’m not going to post a bunch of spoilers, but here’s an idea of one of the easier-to-spot hidden eggs, zoomed in to make it a bit easier. Thankfully, not all of the eggs were that hard to find. One aspect I love about the scavenger hunts like these is that I always see new things in the pavilions as I look around. This time, I noticed this display high up in one of the shops in Germany. I’m sure it has been there forever, and I never had seen it until now. After wandering around World Showcase, we took a few minutes to ride one of our favorite rides in all of Walt Disney World — Living with the Land. I love how they have integrated aspects of the different Epcot festivals into the ride. Here’s an example of what they were showing for Flower and Garden. As there were decent amounts of crowds, we started to head out. But then something popped up on our daughter’s Pokémon GO sightings that had us power walking to Ellen’s Energy Adventure. Both my husband and I had the luck to have hatched a Lapras in the past, but our daughter hadn’t been so lucky. Thankfully, she was able to catch this beauty and declare this this was officially the best day of Spring Break. Sometimes it’s the little things that matter, and whether we are at a baseball game or having formal tea, or whether we’re just wandering around Epcot looking for hard-to-find Pokémon or Easter Eggs, spending time together as a family really makes it the Best Week Ever.

Oh, and I may not have been able to buy the tea pot and cozy, but over at Gasparilla Island Grill, this set of plates caught my attention. I can’t wait to have next weekend’s breakfast with them! Best Week Ever!! 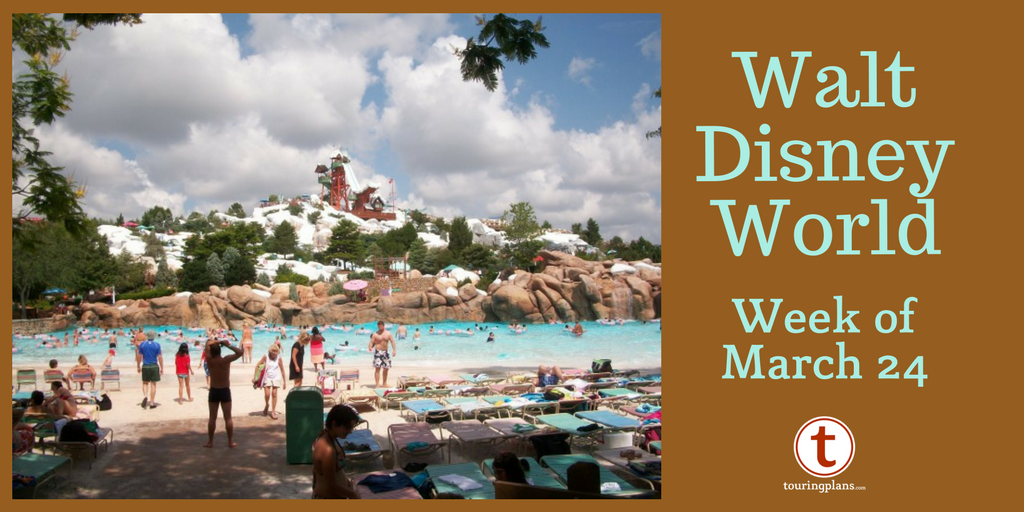