Everyone’s pal Mickey Mouse is getting his own attraction at Disney’s Hollywood Studios.

In Mickey and Minnie’s Runaway Railway, you’ll step through the movie screen and into the unpredictable world of a Mickey Mouse cartoon. You are the star and anything can happen in this zany and out-of-control adventure that will feature surprising twists and turns, dazzling visual effects, and mind-boggling transformations happening right before your eyes.

The attraction will be based off the new Mickey Mouse shorts that can be seen on Disney Channel.

Mickey and Minnie’s Runaway Railway will feature a new story and a catchy theme song. This “2 1/2-D” attraction won’t require 3D glasses to bring the flat world of a cartoon into the real world.

Of course, with the new, we must say goodbye to a favorite. The Great Movie Ride will officially be closing at Disney’s Hollywood Studios on August 13.

Stay tuned to the blog for more information about Mickey and Minnie’s Runaway Railway. 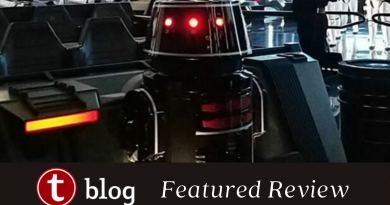 Symphony in the Stars Fireworks Will Begin December 18