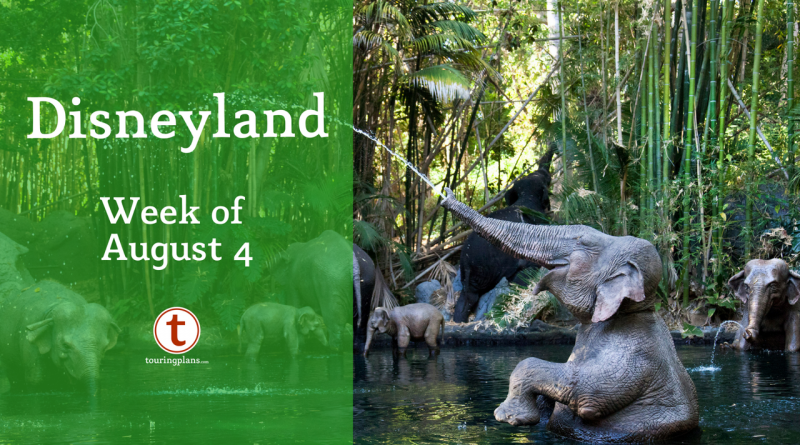 More Pixar Fest as we coast through the end of the summer! Read on to find out about this and more in this week’s Disneyland preview. August is here and vacation season is coming to a close, so Disney is keeping the powder dry on special events until later this year. As such, the only special event to speak of this week is the continuation of Pixar Fest, which runs through September 3. This festival includes Pixar-themed fireworks and the Pixar Play Parade at Disneyland Park, and the return of Paint the Night at Disney California Adventure, in addition to other Pixar-focused activities and opportunities. There will also be special dining opportunities available, including Alien Pizza Planet at Disneyland Park. You can find more information in Rikki’s preview of the Festival!

Crowds are medium-high pretty much all week long, with the lowest crowds on the weekends during the passholder blockouts. Weather is pretty consistent this time of year, and that leads to this week’s totally unsurprising forecast for Anaheim — highs in the low 90s, lows around 70, and no rain in the forecast.  Enjoy! Significant passholder blockouts remain in place this week and mirror last week. Southern California Select Passholders and Southern California Passholders are blocked out all week long, and Deluxe passes are blocked out on Saturday. For those of you buying tickets as day guests, single-day tickets are at Peak price ($135/$127) every day this week.

Both the Matterhorn and the Enchanted Tiki Room are in the midst of indefinite refurbishments at the moment (well, Tiki Room’s starts on Sunday). World of Color remains offline until further notice on account of some “technical difficulties” with its refurbishment — we’ll let you know when we have a better idea of when it will return as well, but we are not anticipating it back until the latter part of the year. All other attractions are currently operational, but as always, be aware that refurbishments can pop up unexpectedly, so check out our refurbishments page for details on exactly what will be down and for how long. 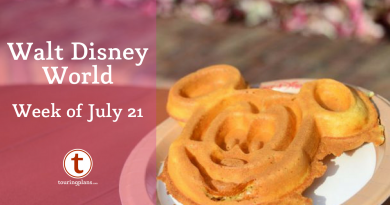