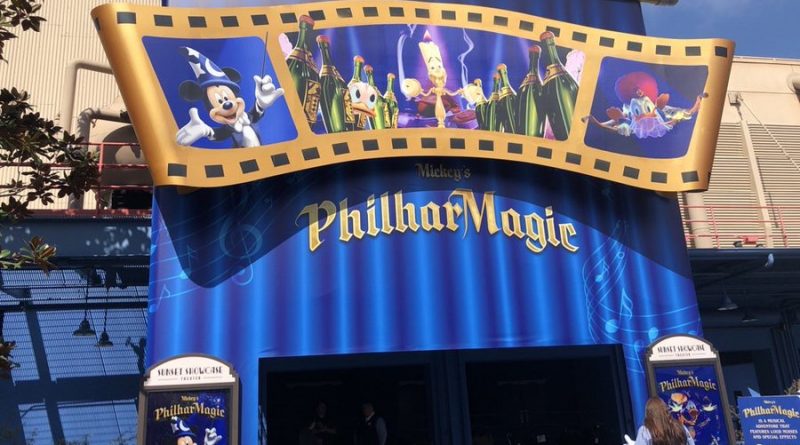 Today was the grand opening for Mickey’s PhilharMagic at Disney’s California Adventure. PhilharMagic, a long-time favorite at Walt Disney World’s Magic Kingdom, follows Donald Duck on a crazy 3-D and multisensory trip through scenes of some of Disney’s most beloved animated features. PhilharMagic at DCA is located in the building that used to house MuppetVision 3D. Here’s some sights from today’s first showings. 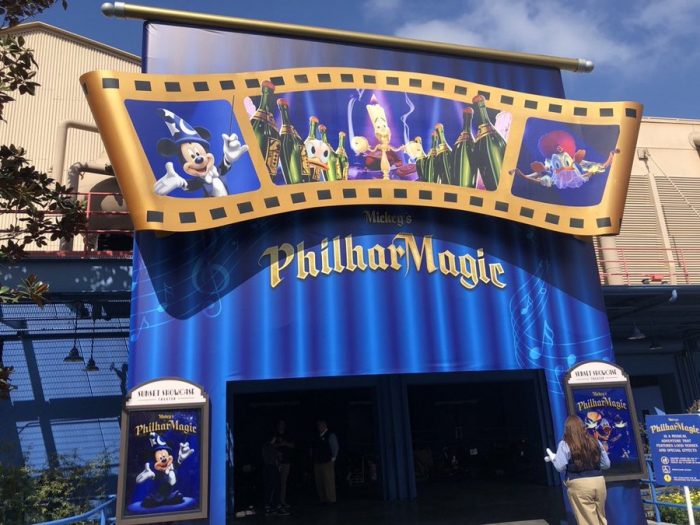 Outside, posters like the ones found in the queue in Florida draw the guest in. 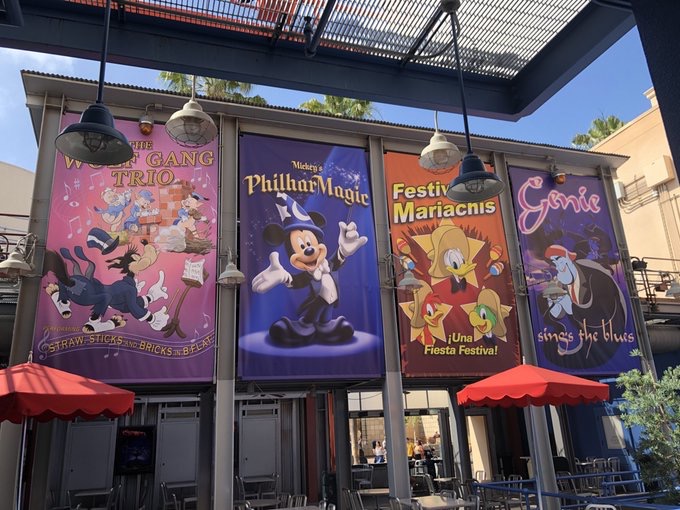 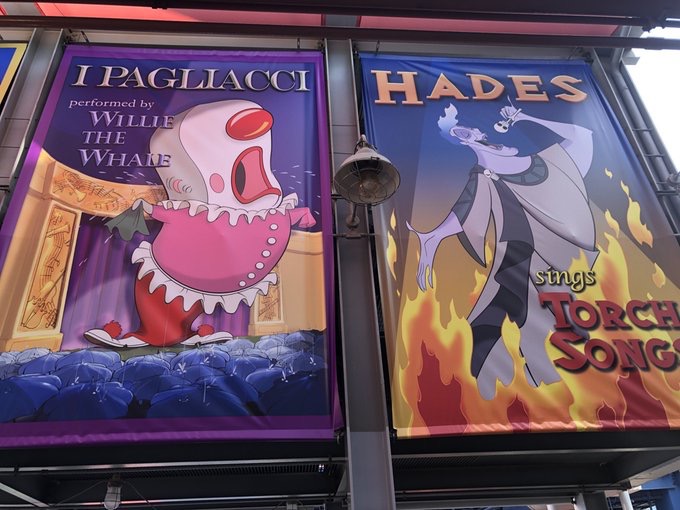 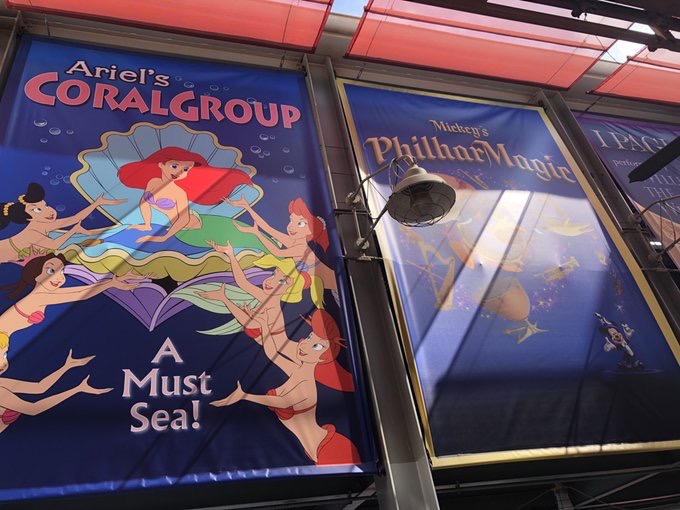 Inside, the theater largely seems to have had curtains used to hide the old Muppet-related aspects of the theater. 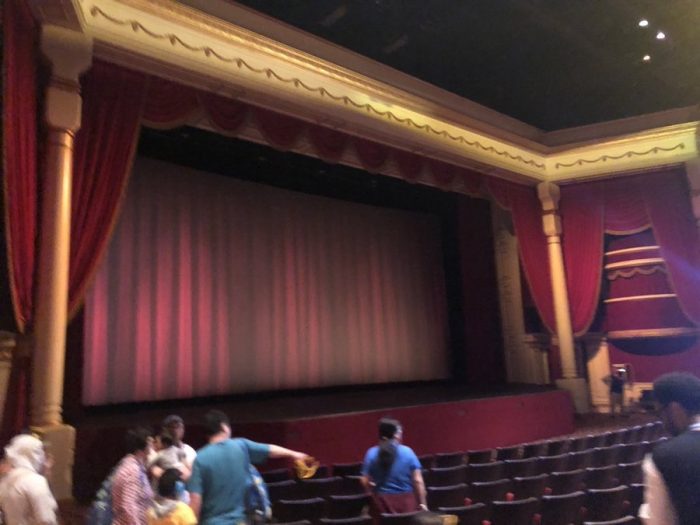 Instead of the expanding main screen like in the Walt Disney World version, screens on the side (shown here as “curtains” before the show starts) are used to give that immersive feeling. 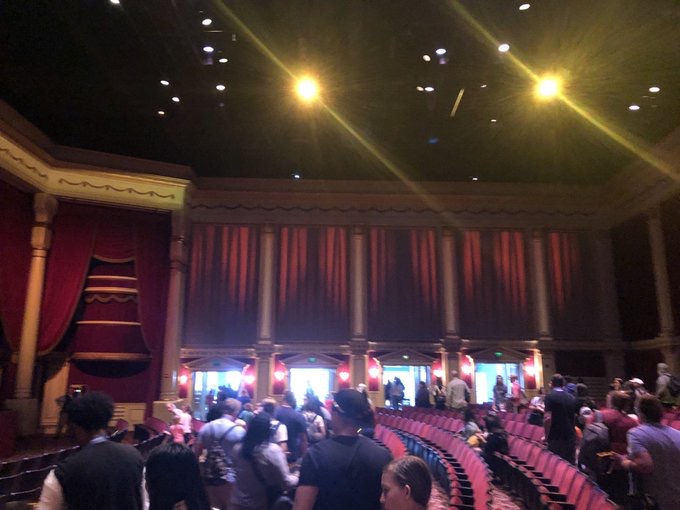 And yes, because it is by far the highlight for most people, we do have an appearance of that world-famous Donald Duck butt at the end. 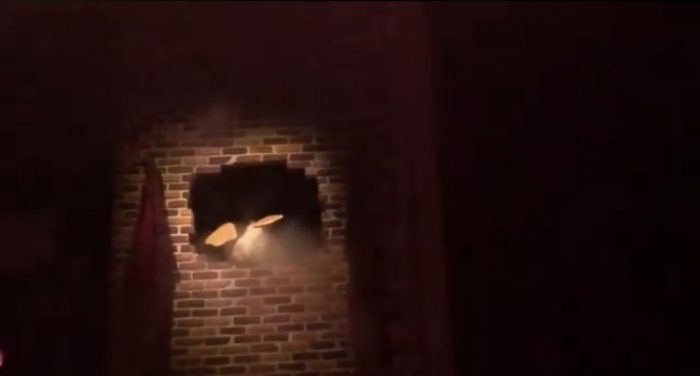 Are you a fan of PhilharMagic? Glad to see it on the west coast? Let us know in the comments.