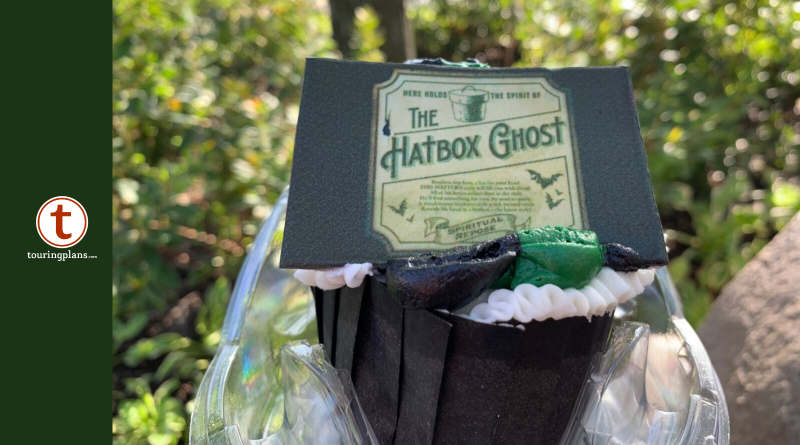 Some things are better left buried. That’s the sentiment of Christina, our professional cupcake tester about the special-edition cupcakes made for the Haunted Mansion’s 50th Anniversary. Although the Disneyland version is the only one hitting that milestone today, Walt Disney World is also getting in the act with special merchandise and a limited-edition cupcake. 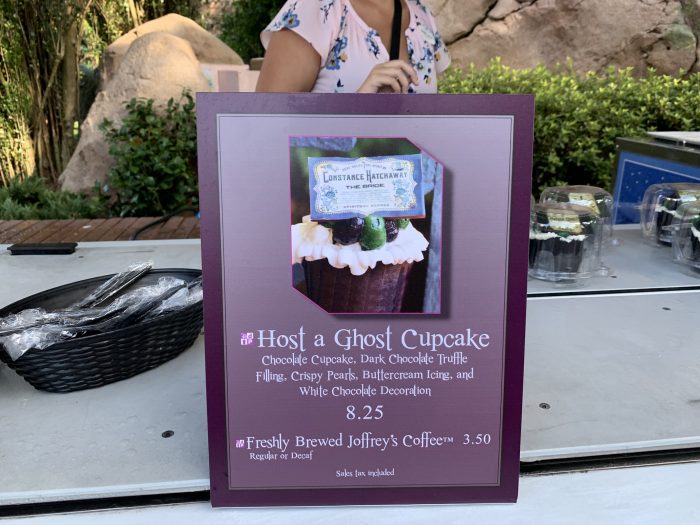 From the description it doesn’t sound too offensive, but tasting it was another story–it’s always painful when you buy a cupcake for this kind of price and then realize it’s too gross to finish.

First, the positives. The white chocolate decorations are adorable, although awkward on the cupcake. The rest of the design of the cupcake is the black and green costume with white trim reminiscent of a Haunted Mansion attendant. 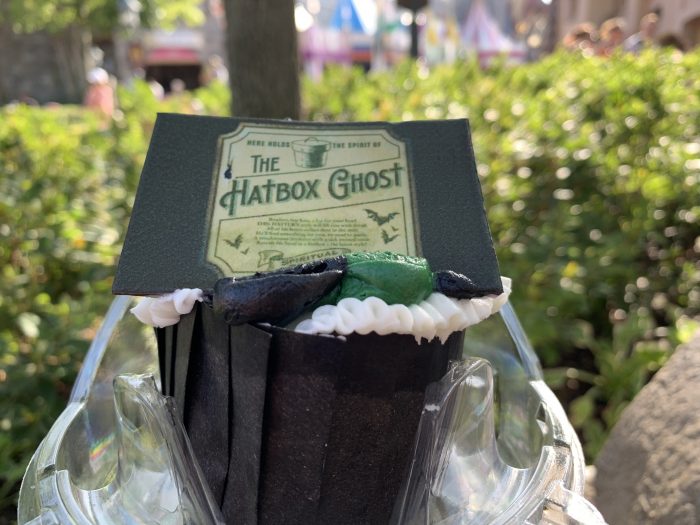 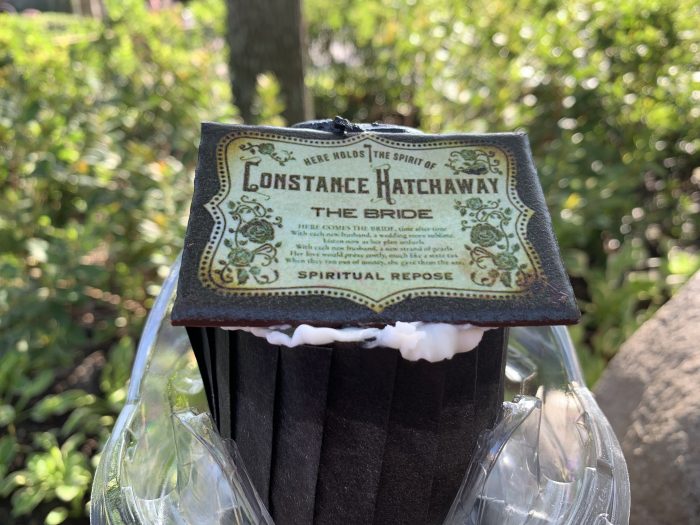 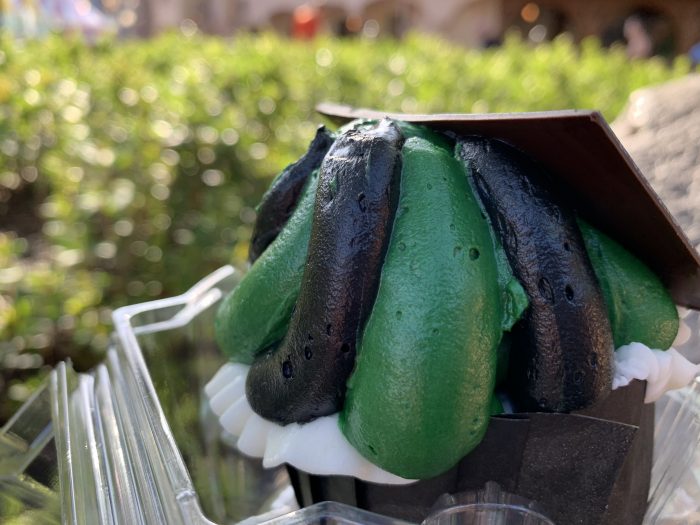 And overall, the cupcake itself isn’t bad. But it’s served from an outside cart near the Haunted Mansion. There’s a heat index of 108 today. It’s a ton of sugar and so much icing compared to the amount of cupcake. You can feel the sugar on your teeth. The icing leaves behind a food coloring nightmare of stain in your mouth. If you do want to get this, scrape off the icing and the cupcake is decent. But paying $8 for that? That’s too scary even for us. 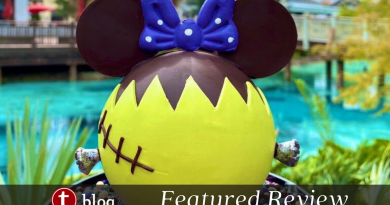 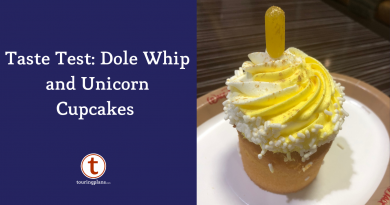 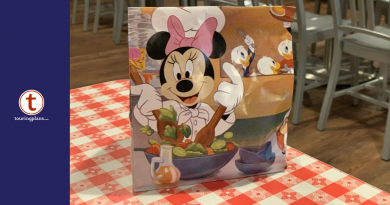