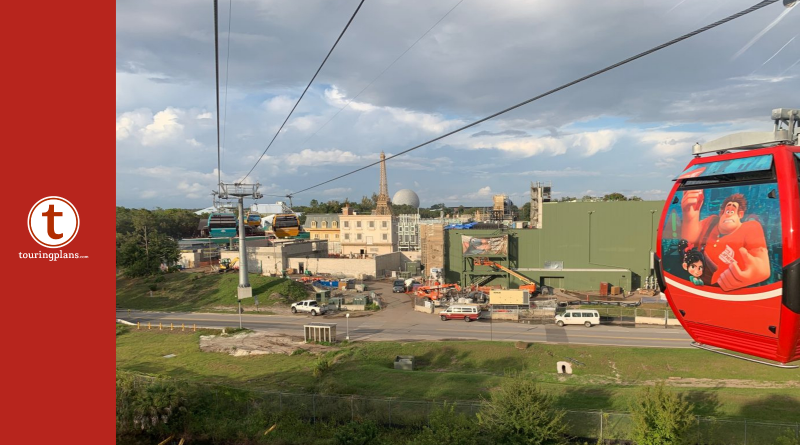 Some of the best ways to see the new construction going on at Walt Disney World are on Disney transportation methods. We frequently share photos of the front of Epcot taken from the monorail. But we also love being able to see updates while riding around in other ways.

For instance, last night was a perfect night for a ride on the Skyliner. On the line to Epcot, you go over the construction zone for the France pavilion, which will have Remy’s Ratatouille Adventure and the new Creperie restaurant that we’re dying to try! 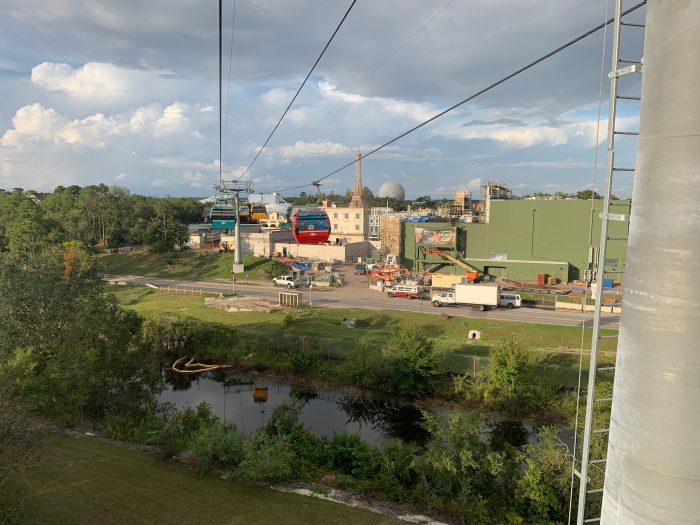 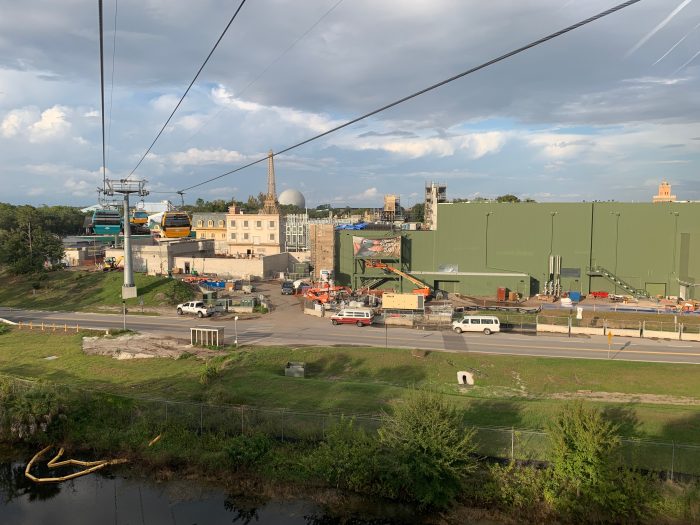 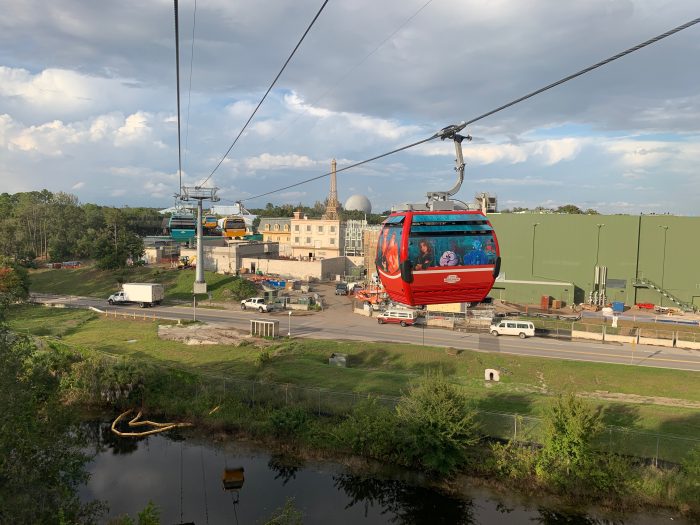 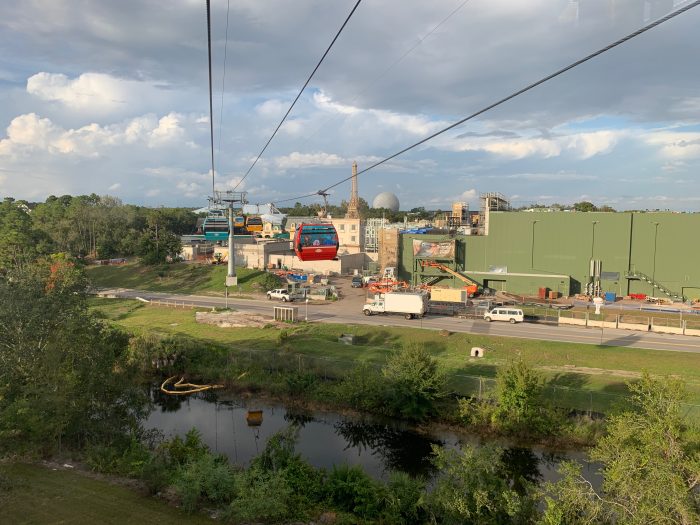 Also at Epcot, construction is continuing during daytime hours, with construction workers visible from public spaces. Here’s the construction near the Imagination pavilions for new bathrooms going in. 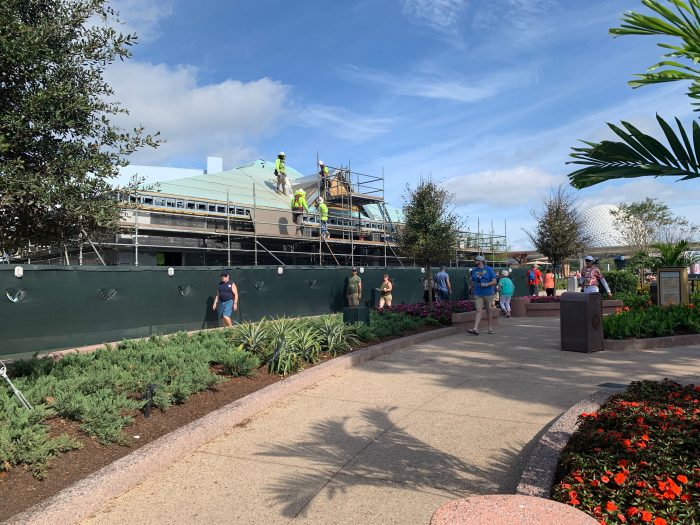 Visible at night, new lighting has been added in the area as well. These lighting fixtures have been added across to the Next Eats booth near the Imagination Pavilion. 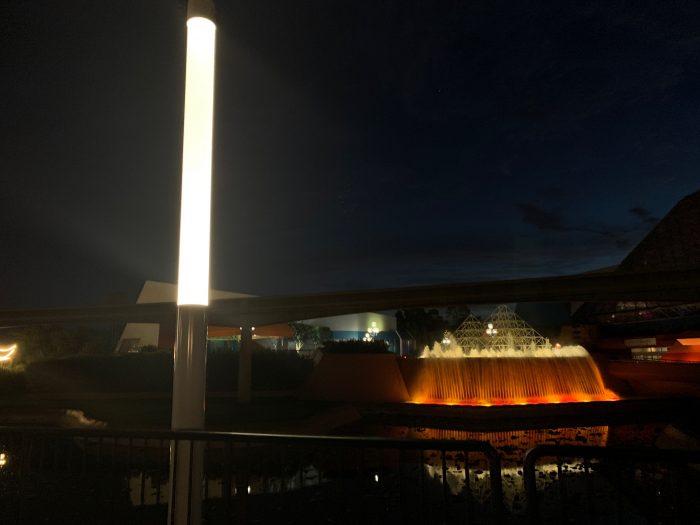 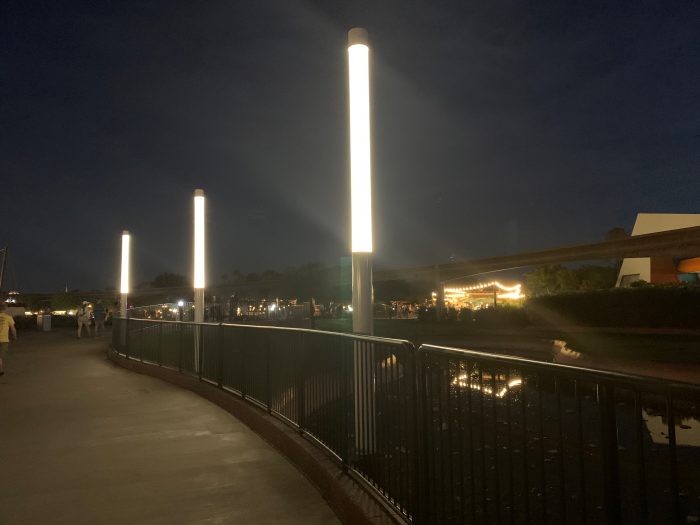 At Magic Kingdom, we love taking views of the TRON coaster from the PeopleMover, but down at ground level it is really impressive, too! 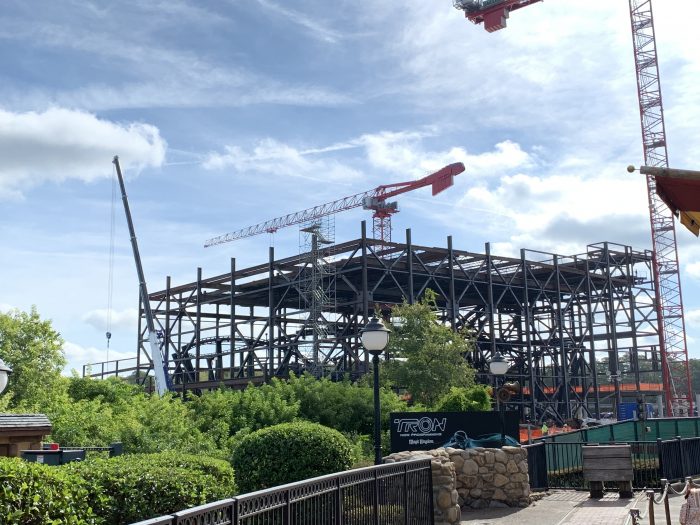 Are you excited about all the changes coming to Walt Disney World? Let us know in the comments. 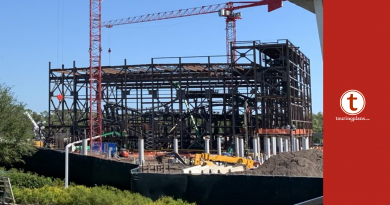