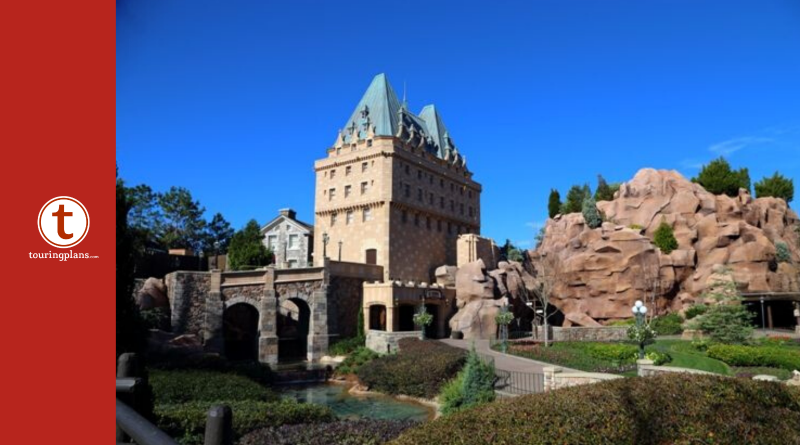 This is the third CircleVision 360 film to showcase Canada’s nature, people, and cities.  The first, O Canada!,  ran from 1982 to 2007. O Canada’s fantastic imagery and catchy song undoubtedly inspired throngs of people to visit. If the original film had a fault, it was that its tone may have been too reverent for modern audiences.

The second version of O Canada! debuted in 2007 with comedian Martin Short as an on-screen narrator.  This revision included new show scenes, and more importantly, humor, with jokes ranging from igloos and penguins, to Martin Short marveling that his supposedly old family movies were coincidentally filmed in CircleVision.  And like the original, the updated O Canada! did a beautiful job of showing off the country and promoting tourism.

The new film, Canada Far and Wide, is the best version yet.  It combines all of the visual majesty that you’d want in a 360-degree film, with a faster, modern script that works its way from one end of the country to the other.  Like the previous films, Montreal, Quebec, Calgary, and Vancouver get their own segments (some of which are re-used from the previous films).  Far and Wide has additional clips of Canada’s capital, Ottawa, and specifically mentions Canada’s three territories – the Yukon, Northwest Territories, and Nunavut – and highlights their indigenous peoples and cultures. 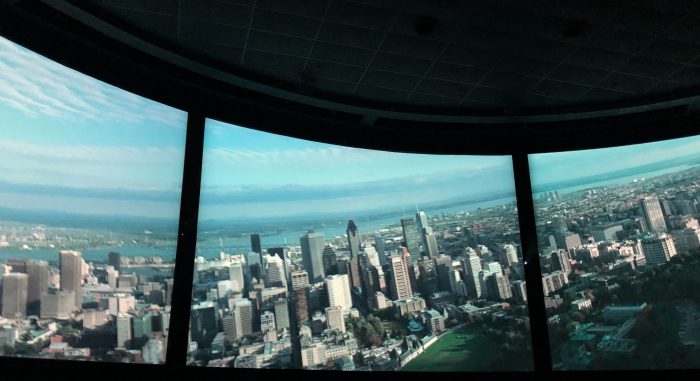 The subject of people and culture is one of which Canadians are rightfully proud, and it comes up in the first few seconds of Far and Wide, in this bit of script:

Canada has remained a cultural mosaic, a place where you can keep and nurture your language and traditions, while embracing the future.

(The script doesn’t mention that Canada’s points-based immigration system favors young, employed, college-educated emigres already fluent in English or French.)  We don’t speak Canadian, so when we translated this to American, it read as either a fact-based statement about Canada’s national values, or the most Canadian way of drawing a subtle distinction between it and its neighbor to the south.

If you think it’s the latter, then that’s exactly what it did: when discussing Far and Wide with a friend who’d also seen it, we debated the relative merits of Canada’s formal points-based system and integration into society, versus the United States’ arguably more open policy that seems to produce more than its share of “Go back to where you came from” sentiment later on.  If Epcot is still dedicated to “entertain, inform, and inspire … man’s ability to shape a world that offers hope to people everywhere”, then this little slice of World Showcase does its job to perfection.

Canada Far and Wide closes with the original movie’s classic song Canada (You’re a Lifetime Journey), performed by Eva Avilla.  The only better way to end this film would be if the gift shop had direct flights to Chicoutimi.