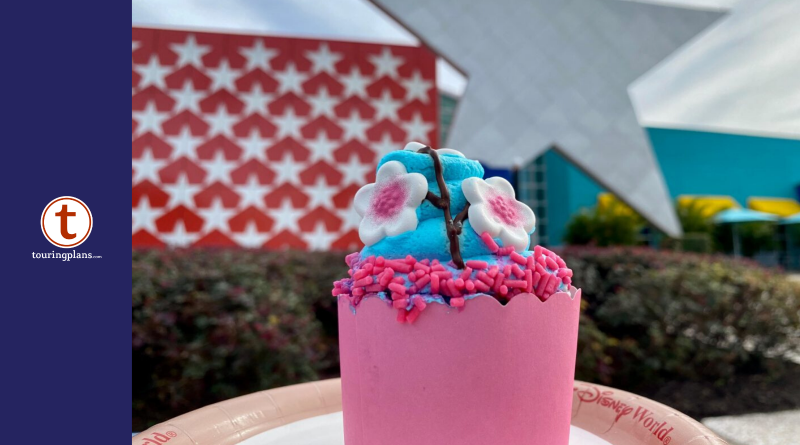 Over the past few months an unexpected hero in artistic cupcakery has emerged at Walt Disney World. Disney’s All-Star Resorts often features creative, delicious, and artistically appealing cupcakes, and right now there is a trifecta of movie-themed cupcakes available.

In honor of Cinderella’s 70th anniversary, lots of Cinderella-themed sweets and treats have arrived throughout Walt Disney World. At Disney’s All-Star Sports you can find an adorable cupcake inspired by lovable Gus, one of Cinderella’s mice friends.

If you love chocolate then this may be the cupcake for you. Chocolate cake is topped with chocolate buttercream frosting and gooey marshmallow cream fills the center.

Over at All-Star Music, Disney’s highly anticipated live-action Mulan is honored with a Cherry Blossom Cupcake. Another possible match for chocolate fans, this one is chocolate cake is topped with a generous helping of vanilla frosting.

A tart and delightful cherry filling brings something different that other specialty cupcakes don’t often offer. And, the blossoms that rest delicately on the frosting are white chocolate, adding an extra sweet bite.

You can fly over to Disney’s All-Star Movies next for the final cupcake in the trifecta. The Tinkerbell Cupcake is the lightest of the three, so light it may never, never land. Key lime and vanilla flavors mingle in this cupcake.

Green sprinkles fill the center of the perfectly pixie cupcake. A dusting of glittery pixie dust joins white chocolate wings and pearls at the top.

Each character icon cupcake is $5.99 or Disney Dining Plan snack credit. If you’re on the hunt for more cupcakes you can use our TouringPlans Menu Finder to search menus all across Walt Disney World using keywords to find the exact food you’re craving. It’s free to use! 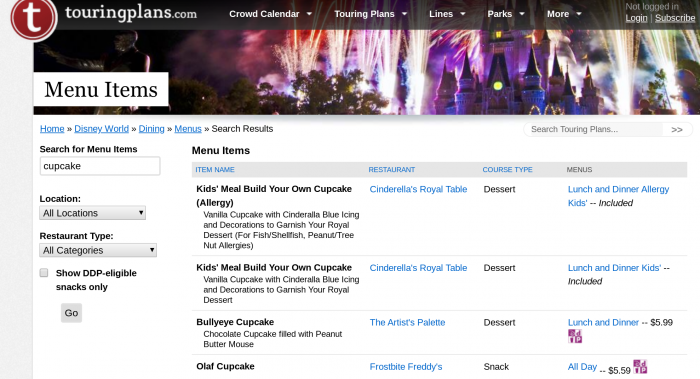 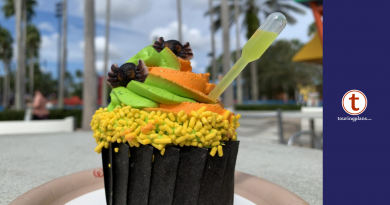 This Hallow-lime Cupcake is Extra Moist 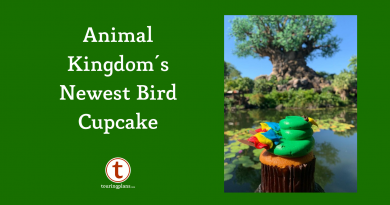 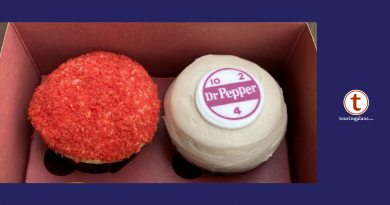