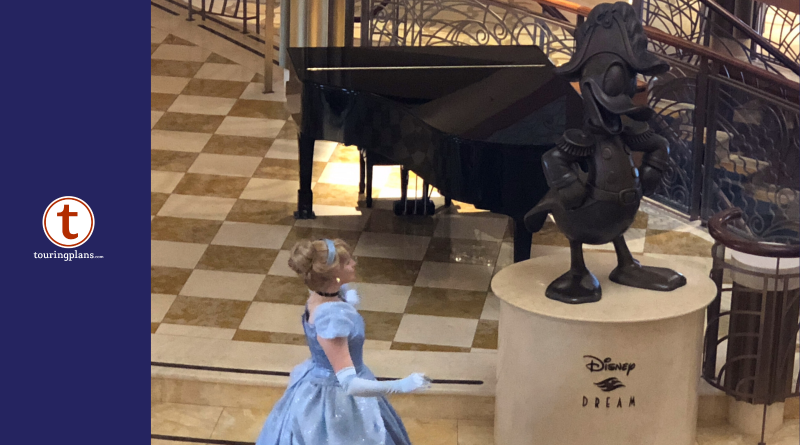 Is anyone else missing cruising?  I am!  When cruising returns, we know there will be changes.  How many changes?  That remains to be seen!  I think everyone can guess that we’ll probably see masks required at times, but what else? Here are some of my guesses for what Disney cruises could look like.  While I hope most of these changes will be temporary, some of these changes may actually be for the better! 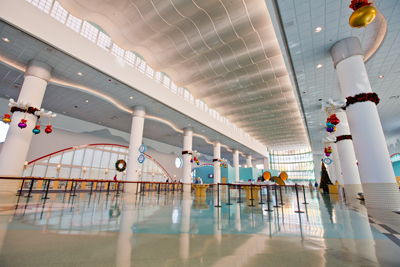 1. Occupancy – I think the biggest change we are going to see, at least for a while, is occupancy levels. I suspect Disney will start cruising again with greatly reduced occupancy levels. Possibly close to 50%.  While it’s rare that a ship feels overly crowded to me, many cruisers are just not going to be comfortable in crowds.  Also, when you start with a lot less people onboard, this will help with several of the points below as well!  So how are they going to reduce the number of guests onboard?  I’m guessing it won’t be a problem on several fall sailings, because many cruisers have opted to push their current reservations out to 2021.  For sailings that are still fairly full, Disney would probably offer incentives to booked guests to delay their vacation.  I’d also expect them to pull staterooms, maybe even entire sailings, from inventory to keep the occupancy where they want it.  I’ve heard rumors that some cruises lines want to restart with everyone in verandahs.  If Disney agrees, they would move guests around to ensure that most (if not all) are in verandahs. 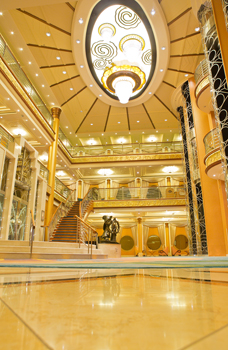 2. Embarkation – The embarkation process will change slightly I’m sure, and I don’t just mean temperature checks. In the past, that 30 minutes before boarding begins can feel like the Haunted Mansion stretching room in Disneyland Paris, where personal space is but a distant memory. These days, packed terminals are not going to fly.  The way to fix this is two-fold.  Royal Caribbean has an excellent embarkation process, partly because so much is done before you arrive, including uploading your own photo, and partly because they don’t have to print your room keys.  The room keys are waiting for you at your room.  The amount of time you spend in the terminal is minimal!  Disney would greatly benefit from adopting a similar process.  The second way, and perhaps the most obvious, is to enforce port arrival times.  By speeding people through the terminal, and spreading out when guests arrive, they can keep the crowds down.

3. Muster Drill – The muster drills will have to change. I think Disney can keep the same basic muster process, but they’ll obviously have to spread the guests out more. When they are sailing with lower occupancy, that shouldn’t be a problem!  As occupancy levels increase over time, perhaps they’ll have to add some more muster stations to thin the crowds. 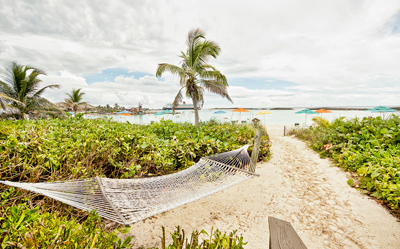 4. Ports – Disney has to work with countries they are visiting to both ensure that the guests will be allowed to visit, and be allowed back to the U.S. afterwards of course! While I know that many islands will be anxious for tourists to return, I think there’s a decent chance that for a while at least, cruise lines will concentrate on visiting their private islands. I think for the first few cruises at least, Disney will be visiting Castaway Cay, and Castaway Cay only.  It’s still the Bahamas, of course, so it fulfills the foreign port requirement required by the Jones Act, but it has the added advantage of being a somewhat controlled environment.  That may mean no more Europe cruises this year.  A few successful visits and returns are a good way to get nervous cruisers comfortable with sailing again. 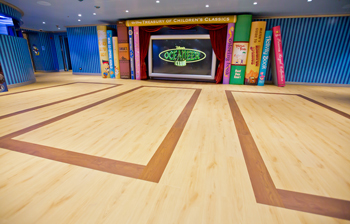 5. Kids’ Clubs – Probably the biggest change in the kids’ clubs will be a need for constant cleaning. Children are notorious touchers! They touch everything.  While the clubs were certainly clean before, this will require a whole ‘nother level of cleaning.  Lower occupancy will keep the numbers down.  It’s been a very long time since I’ve seen an age group reach capacity, making a cruise unavailable for new bookings in that age group, but it could happen again.  Pick-up and drop-off lines will have to be spread out as well!

6. Touchless System – There are a lot of points on a cruise where crew members touch a guest’s belongings. I suspect that will change. It’s possible guests will have to keep their luggage with them until they can drop it off in their stateroom.  Those times when servers take your Key to the World Card to charge drinks, or pay for Palo?  I’d guess they are over.  This seems like the time for Disney to roll out MagicBands for everyone onboard, not just the kids’ clubs. 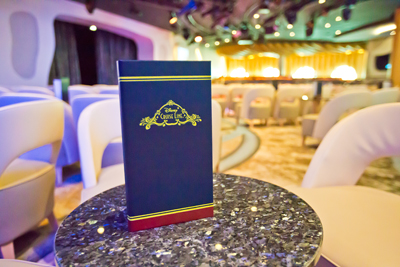 7. Character Meets – I firmly believe character meets will still happen. It’s possible guests won’t be able to get up close and personal with unmasked face characters, but Mickey and Minnie should be okay! If I’m correct on the touchless system I mentioned in number 6, the crew will probably be working with a touchless system, so taking your camera or phone to take a picture won’t happen–in fact, on the final cruise before the shutdown, this was the case. Universal has their cast members using a cast phone and airdropping pictures to guests.  That’s pretty brilliant, I think!

8. Pools – I predict the pools will be open, but they will certainly be limiting the number of guests. No more people soup in the hot tubs. Reduced occupancy will help in general, and lifeguards standing nearby counting guests will enforce it.  I’d also expect to see a lot fewer deck chairs in general, spaced out accordingly.  It’s possible we may even see a reservation system applied to pools and deck chairs… 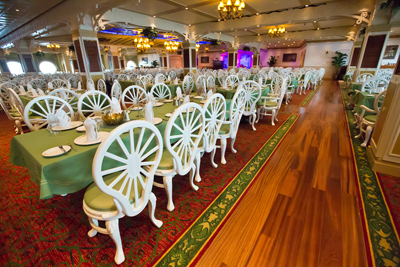 9. Dining Rooms – Dining rooms will remain I think; table service restaurants are making a comeback in many states now! I’m sure there will be very strict touchless procedures in the kitchens, and servers will probably be wearing gloves. Reduced occupancy onboard will make it easy to space tables out around the dining rooms.  I would also expect menus to be converted to disposable versions and condiments will likely come in single use, disposable packets.

10. Self-Serve Food – Self-serve food buffets and drink stations, may be a thing of the past! But don’t despair buffet lovers, it may not! As Heather mentioned in her weekly cruise update recently, anytime germ alerts were high during previous sailings (perhaps because of reports of Norovirus on other ships, or right before sailings were halted due to coronavirus), Disney would station servers at the food and drink stations.  I’ve seen it a few times.  You just told them what you wanted, and they would grab it for you.  It takes a lot of extra crew members, but I suspect it may be less work than changing all restaurants to table service.  The time and manpower that it would require to take orders, make, and serve custom plates of food for every single meal, for every single guest, seems unrealistic.  I think buffets in a modified format will stick around.  The drink stations could remain relatively unmanned if Disney switched over to freestyle soda machines with appropriate spacing between them.

*Bonus* Shows – If occupancy is reduced, they’ll rope off every row or so, and I suspect they will continue as normal.  As occupancy increases, they could add a third afternoon show to make sure everyone has an opportunity to see each show.  That was common on the Dream when it first began sailing, until Disney realized they didn’t need a third show, so it’s not unprecedented!

What changes do you see coming in the world of Disney cruises?  Did I miss any? 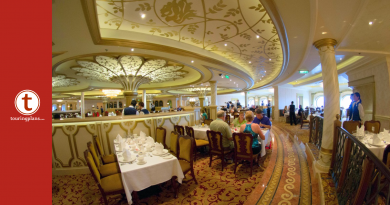 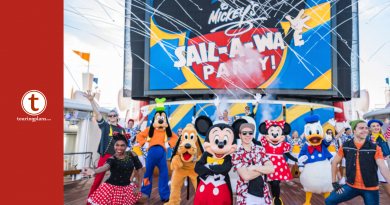 Advantages of DCL Port Excursion Booking Methods: On Your Own or Through Disney