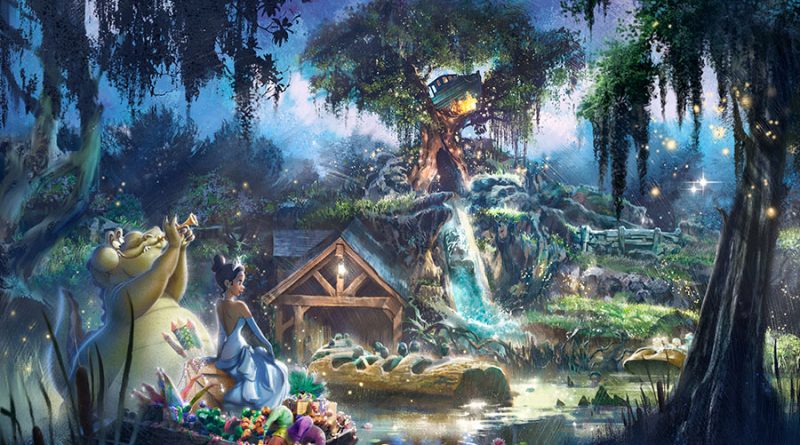 According to the OC Register, Disney will officially be retheming Splash Mountain in both Disneyland and the Magic Kingdom to an attraction based on the animated classic, The Princess and the Frog. The new attraction will pick up after the final kiss, and we join Princess Tiana and Louis on a musical adventure – featuring some of the incredible music from the film – as they prepare for their first-ever Mardi Gras performance.

“The retheming of Splash Mountain is of particular importance today,” according to a statement posted to the Disney Parks Blog. “The new concept is inclusive — one that all of our guests can connect with and be inspired by, and it speaks to the diversity of the millions of people who visit our parks each year.”

According to the article, this change over has actually been in the works for a while. In fact, it’s actually been on the table since last year. While it may have been on the table for a while, the move seems to be pushed forward by Disney following a flurry of social media buzz to update Splash Mountain’s controversial backstory amid social justice protests. The Splash Mountain makeover will be led by Imagineering senior creative producer Charita Carter. The article also states that Imagineer Tony Baxter, who had a hand in creating Splash Mountain, will serve as a creative advisor for this makeover.

Splash Mountain is based off the controversial 1940s Disney film, Song of the South. The film itself features characters and songs based on the “Uncle Remus” stories, which is a collection of folktales from the Southern plantation era compiled by Joel Chandler Harris and published in the 1880s, which have been criticized for perpetuating racist stereotypes. Disney shelved the controversial live-action/animated musical film back in the 1980s and the company’s former CEO and current Executive Chairman Bob Iger said the movie would not appear on Disney+.

As of right now, we don’t have a closing date for updating the attraction. It does however appear that when the parks reopen from their coronavirus closure, it will reopen in its current form at both resorts. 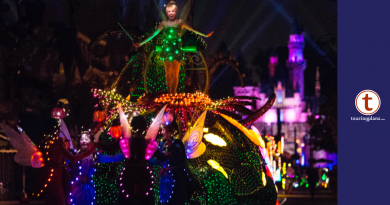