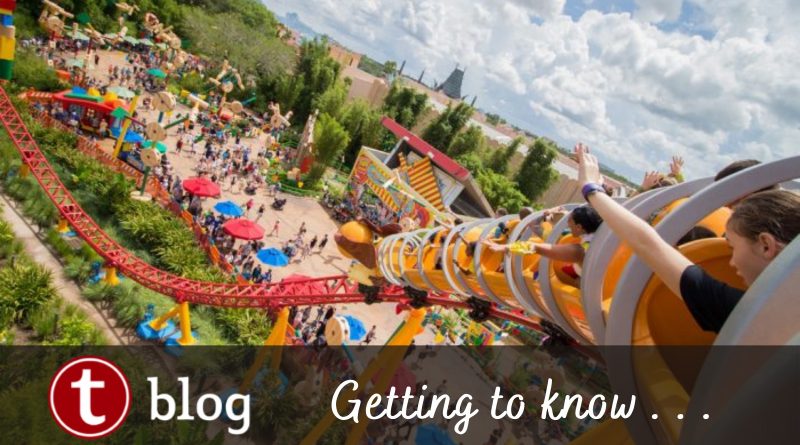 For years, thrill rides have been the name of the theme park game. In fact, before COVID-19, construction was well underway at Walt Disney World for two new coasters – Guardians of the Galaxy: Cosmic Rewind for EPCOT and TRON Lightcycle Run for the Magic Kingdom. However, not everyone loves coasters or thrill rides. In fact, there are many Disney guests out there who feel sudden drops, dizzying heights, and high speeds are anything but magical.

So for my fellow Disney ride chickens, I’ve created a ranking system to help you know what to expect and maybe what to avoid when compiling your Hollywood Studios touring plan.

Millennium Falcon: Smugglers Run is an interactive simulator where guests perform functions act as either pilots, gunners, or engineers aboard the fastest hunk of junk in the galaxy! Before boarding the six-person cockpit, guests receive their roles which they will perform during the flight much like EPCOT’s Mission: SPACE.

How well a guest performs their role impacts the overall success of the mission. But don’t worry! Hondo Ohnaka who owns the whole operation is there to help guests along and many of the buttons and switches light up when needed.

Motion Sickness: 1 (if that)

So… Smugglers Run is a simulator meaning there are no actual drops, heights, or high speeds. But whenever a simulator is involved, we have to talk about motion sickness. Generally speaking, most guests don’t have motion sickness issues with Millennium Falcon: Smuggler’s Run. I think it helps that you have to look away from the screen and focus on actual tasks. Also, the whole ride experience is smoother and a lot less jittery than Star Tours: The Adventures Continue. 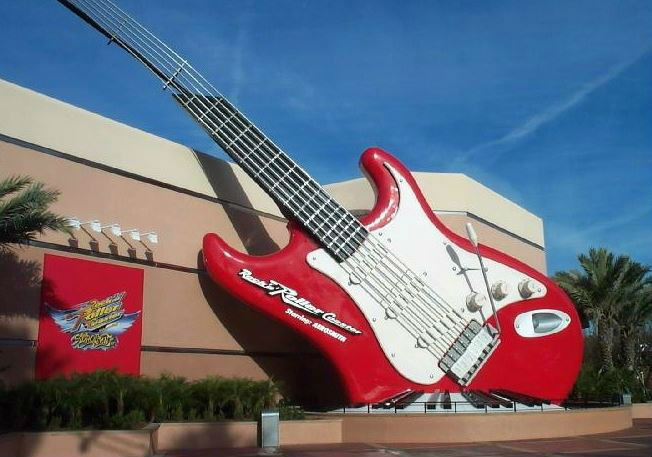 Rock ‘n’ Roller Coaster is a high-speed indoor roller coaster where guests board a coaster resembling a super-stretch limo to race across town for an Aerosmith concert. The coaster launches guests from 0 to 57 mph in less than three seconds and straight into an inversion which pulls 5 gs! Guests continue rocketing through a dark Los Angeles to the tunes of Aerosmith and are sent through another loop and a corkscrew before arriving at the concert.

Much like Space Mountain, Rock ‘n’ Roller Coaster takes place in the dark; but due to its neon lights and illuminated signs scattered through the ride space, it’s not as dark as Space Mountain.

Due to multiple inversions and a few dips, this is definitely an attraction those prone to motion sickness should carefully consider.

Even though Test Track is technically the fastest attraction at Walt Disney World, it only reaches that top speed of 65 mph for a moment. Rock ‘n’ Roller Coaster, however, literally launches you from 0 to 57 mph in less than three seconds so it feels faster and stays fast! 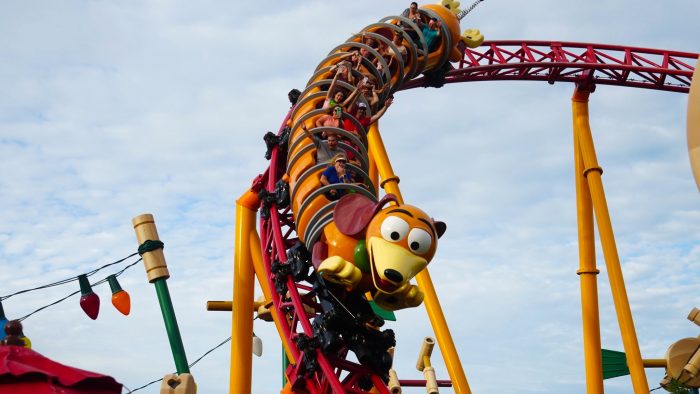 Slinky Dog Dash is a mild outdoor coaster designed to look as if Andy constructed it in his backyard using his new Dash & Dodge Mega Coaster Playkit and Slinky Dog as the coaster’s train.

Yes, there are drops on Slinky Dog Dash, but they’re very smooth and not nearly as stomach-dropping as other attractions around Walt Disney World. Plus, the tone of this ride is very lighthearted and geared more towards families than thrills.

Slinky Dog Dash is rare in that it has an elevated, exposed track offering an aerial view of Toy Story Land. Some sections of track are seriously high off the ground which may alarm some guests. However, I will say that it’s somehow not as scary as it looks. Whether it’s the smoothness of the ride, the ride vehicles themselves, or the attraction’s overall feel, Slinky Dog Dash’s height isn’t as alarming as it might look from the ground.

Slinky Dog Dash reaches a top speed of 40 mph. But keep in mind, the ride slows down considerably at points and even stops completely at others. Therefore, it doesn’t maintain its top speed throughout the experience. 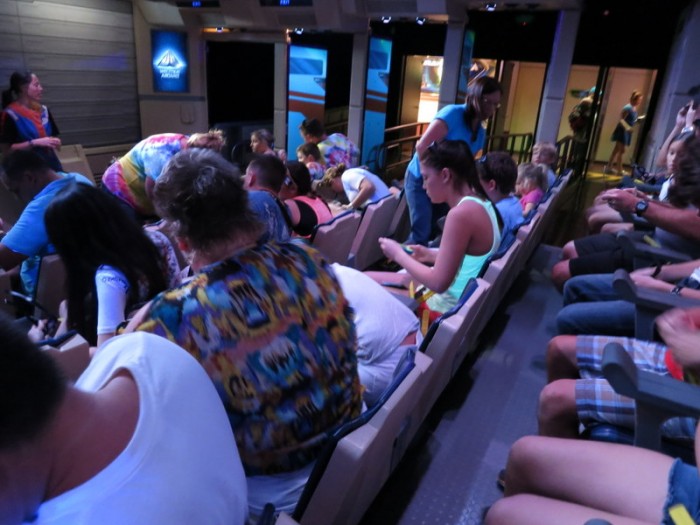 Star Tours: The Adventures Continue is a 3-D flight simulator attraction where guests embark on an adventure to familiar locales and with familiar characters from the Star Wars Saga. The ride film for this attraction features more than 50 combinations so who you see and where you’ll go is completely randomized and in 3-D!

This simulator is definitely on the rough side and may cause motion sickness. Be prepared to lean, slide, and tilt with the screen as your ship flies through space and dodges blaster fire.

There are moments of total, pitch-black darkness in addition to dimly lit (and scary!) scenes. If you’re uncomfortable in the dark apart from the eerie premise, you want to skip this one.

This ride is all about the drops! And yes, that’s drops and not drop. While other freefall theme park attractions drop you once, Tower of Terror drops you repetitively and the drops vary in their intensity! For those who hate the feeling of losing their stomach, this is NOT the attraction for you.

If drops are involved, heights are obviously a ride component we need to discuss. Yes, you are up high; but for most of the ride, you’re in an enclosed elevator shaft and can’t see down. The doors of the elevator open at times allowing you a super quick view of the park from up high; but again, these moments are brief.

Are you a ride chicken when it comes to Disney attractions? Which Hollywood Studios ride would you recommend for guests looking to avoid thrills? 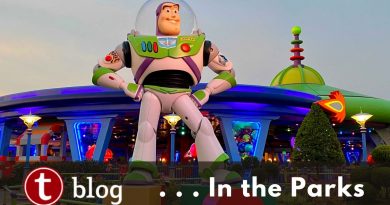 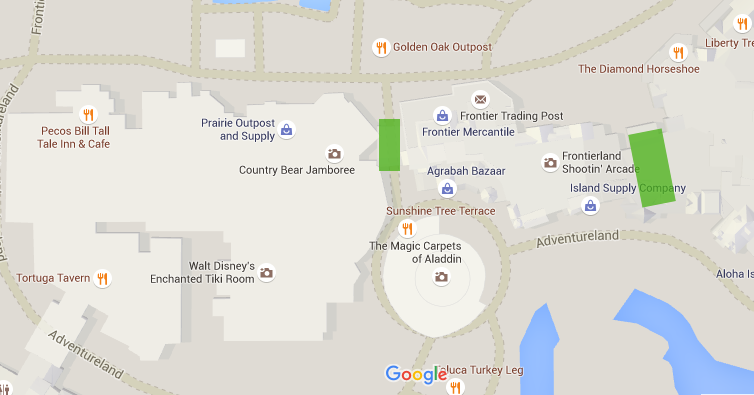